COLUMBUS—State Reps. Joe Miller (D-Amherst) and Al Cutrona (R-Canfield)  had their first hearing yesterday on House Bill (HB) 54 in the House Primary & Secondary Education Committee. HB 54 is a re-introduction of Sub. HB 154 from the 133rd General Assembly, and it would dissolve Academic Distress Commissions (ADCs), requiring improvement plans instead for certain low-performing school buildings. Sub. HB 154 passed the House in a bipartisan fashion in May of 2019 by a vote of 83-12.

COLUMBUS – State Reps. Joe Miller (D-Amherst) and Bill Roemer (R-Richfield) today announced the re-introduction of bipartisan legislation to secure protections for sports officials. The bill would bring the penalty for assaulting a referee on the job or in retaliation for a prior incident in line with current legislation protecting teachers, school administrators and bus drivers.

State Rep. Joe Miller (D-Amherst) issued a statement on Wednesday’s inauguration of Joe Biden as President and Kamala Harris as Vice President of the United States, cementing Democratic control of the White House and both chambers of Congress. 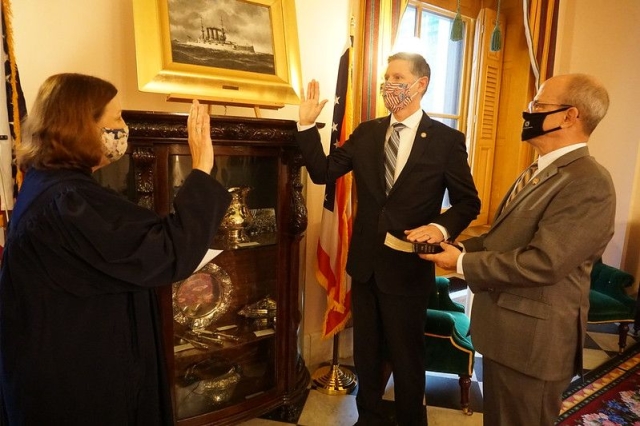 COLUMBUS –Yesterday, State Representative Joe Miller (D-Amherst) sent a letter to the Director of the Department of Administrative Services, Matthew Damschroder, voicing his concerns over the bidding process of PPE in the State.