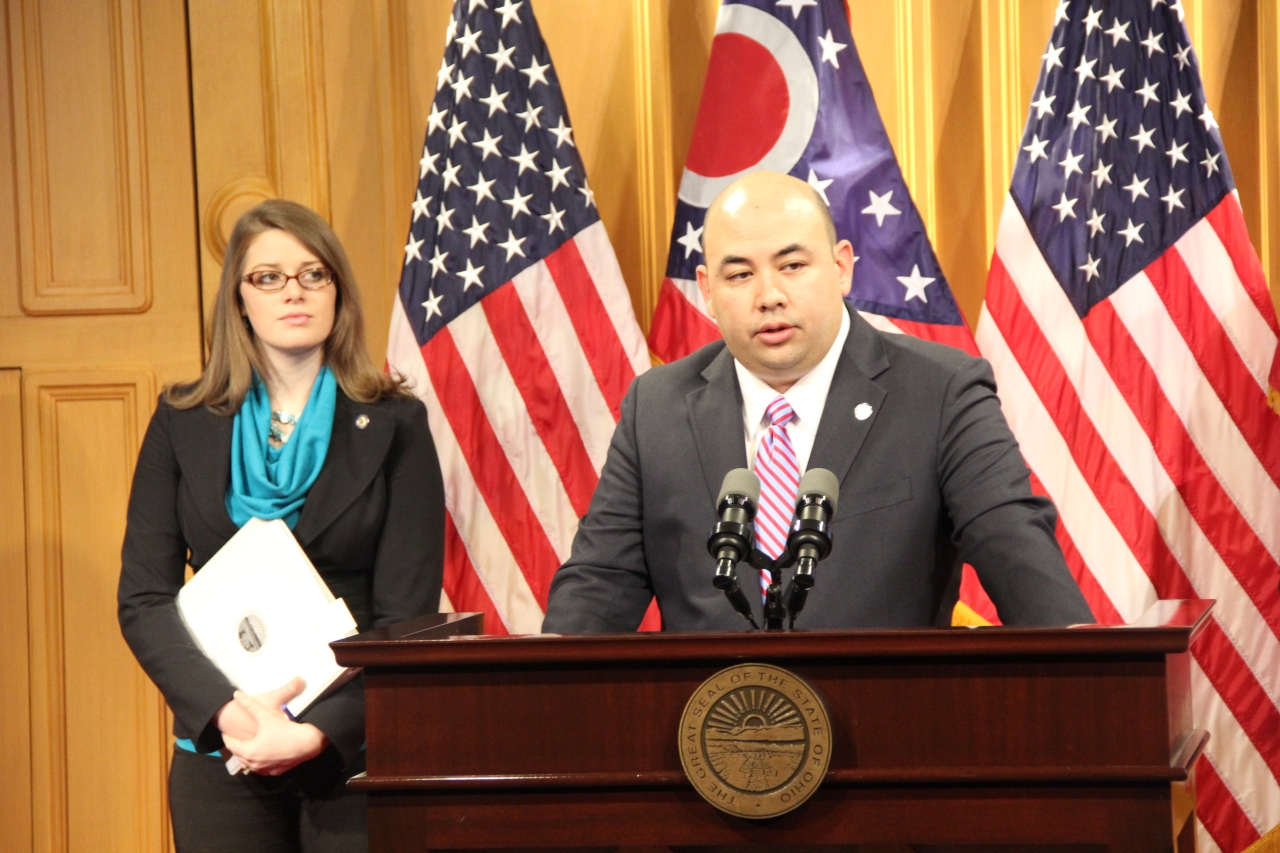 State Representatives Cliff Rosenberger (R-Clarksville) and Christina Hagan released the findings of the House Higher Education Study Committee during a press conference today at the Statehouse.

In the course of six hearings held throughout Ohio in August and September, the committee examined issues that were raised during the previous budget cycle. The committee’s findings will be used to address those concerns and potentially lead to future legislation.

“The purpose of the study committee was to give us a more in-depth look at the challenges and opportunities facing higher education in Ohio,” said Rosenberger, who chaired the study committee. “We felt it was important to devote additional time to certain policy concerns and, particularly, to hear from people outside of Columbus. Our conversations with educators, university presidents and students will help guide our future legislative priorities.”

“As acquiring a college degree becomes increasingly important for competing in the workforce, we must continue to seek ways of making college more accessible and affordable for Ohioans,” said Hagan, vice chair of the study committee. “It is also important that we focus on aligning K-12 with real world opportunities in our fastest growing occupations.”

The full report can be accessed here, under the “February 04, 2014” dropdown arrow.