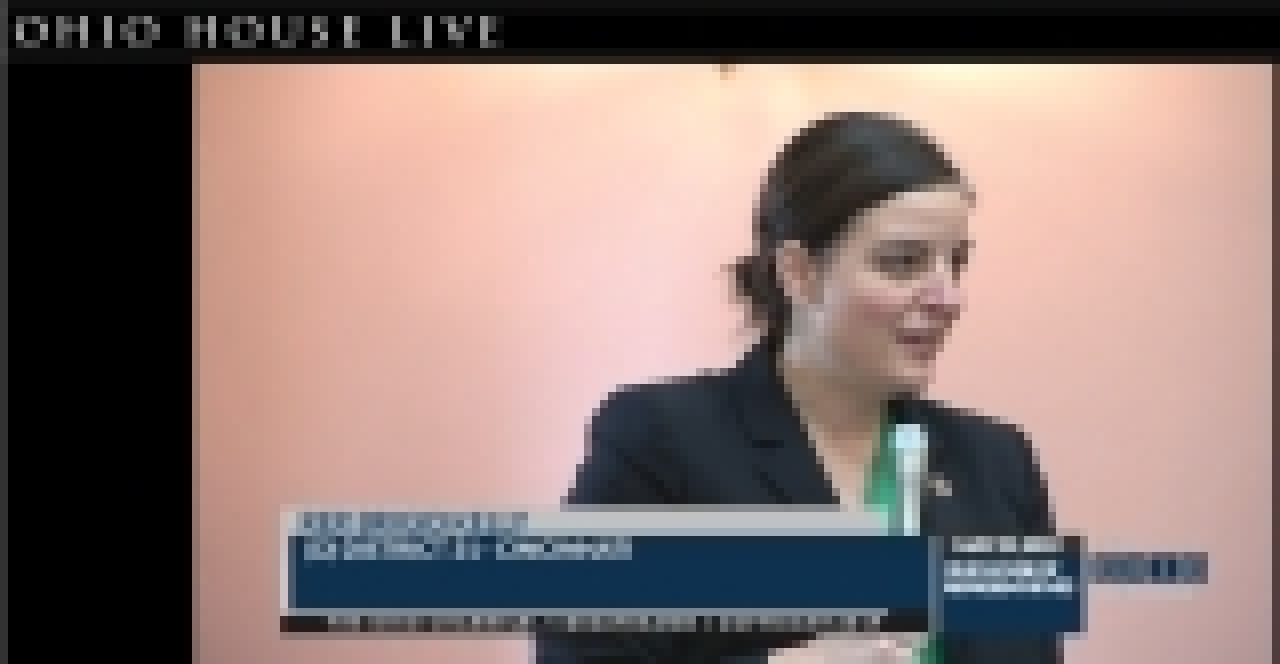 “Ohio is one of only nine states that do not require businesses to provide their employees with regular pay statements even though employers are still required to keep track of how much they pay their employees.

House Democratic lawmakers today unveiled the Clean Energy Jobs Act, their proposal to protect existing jobs, grow new ones and invest in Ohio’s clean energy future. The announcement follows the latest changes to House Bill (HB) 6, which Republican lawmakers amended to bail out more corporations and all but eliminate energy efficiency and renewable energy standards in Ohio. The bill passed out of committee Thursday.

HB 6 update bails out big business at expense of taxpayers

Say Republicans are offering solutions in search of a problem

State Reps. Lisa Sobecki (D-Toledo) and state Rep. Tavia Galonski (D-Akron) today criticized a new Republican bill that fails to outlaw all instances of rape and assault in Ohio, regardless of when they occurred.

Instead, new legislation from Statehouse Republicans, House Bill 249, narrowly ends the statute of limitations for civil claims relating to sexual misconduct by physicians of land grant universities between the years of 1978-2000, a carve-out specially tailored to the more than 150 men who claim they were sexually assaulted by Dr. Richard Strauss while attending The Ohio State University 19 or more years ago.

“Rape and sexual assault destroy lives and take a part of victims’ freedom and individual liberty that they can never get back,” said Sobecki and Galonski in a joint statement. “We’re proud to continue leading the fight to ensure all victims of rape and sexual assault receive justice. We’re disappointed, but not surprised, that this bill misses that mark so terribly by failing to protect the many other Ohioans around our state who are equally deserving of justice.”

Democratic members of the House Energy and Natural Resources Committee today released a joint statement after Republicans running the committee banned questions from the elected officials in a failed effort to promote partisan legislation – House Bill 6 – designed to bailout one energy company in the state at expense to taxpayers.

“For young children with hearing loss, early intervention is crucial for speech and language development,” said Rep. Russo. “This legislation supports early intervention by ensuring families have the insurance coverage necessary to afford hearing aids for their children.”