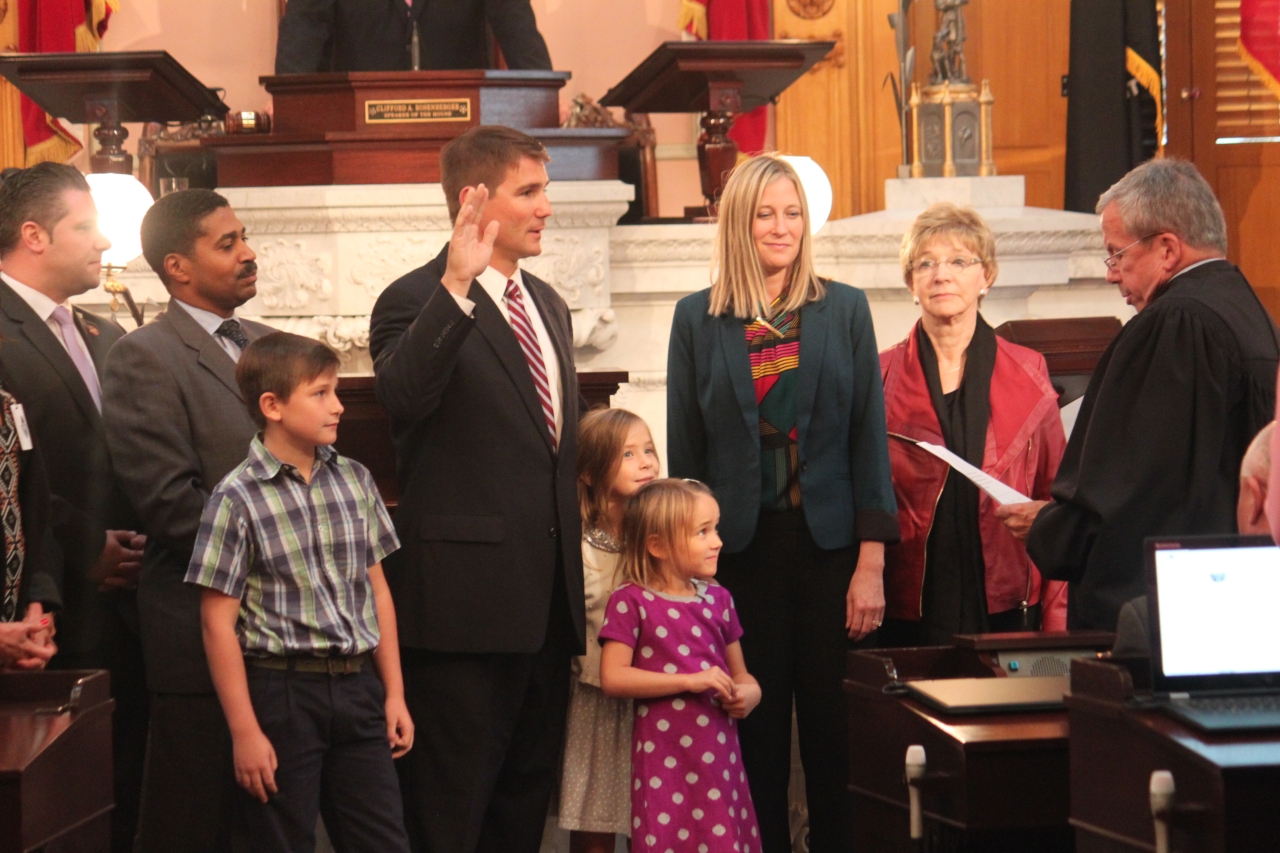 The Ohio House Democratic Caucus today announced former state legislator and U.S. Congressman John Boccieri was sworn-in to represent citizens of the 59th House district. The return to the statehouse marks a full circle for the Poland lawmaker, who began his political career in the Ohio House in 2001 before quickly ascending to the Ohio Senate and then the U.S. Congress.

“It is an honor to again have the opportunity to serve my community and work alongside the dedicated public servants in the Ohio House,” Boccieri said. “I am committed to working toward practical solutions that expand economic opportunities for families in the Mahoning Valley and across Ohio.”

“All three candidates impressed the screening committee with their commitment to public service and dedication to fighting for middle class values,” said Cera. “Ultimately, Rep. Boccieri’s extensive public service experience and the recommendation by local Mahoning County leaders contributed to our decision. I am confident we made the right choice and look forward to working with Rep. Boccieri.”

“John’s experience and perspective will be an immeasurable asset to our caucus,” said Minority Leader Fred Strahorn (D-Dayton). “During his time in Columbus and in our nation’s capital, he built a track record of consistently working to improve the quality of life for Ohio families. We are excited to have Rep. Boccieri on board.”

Boccieri previously served in the Ohio House from 2001-200

Rep. Stinziano issues statement on the report of the Energy Mandates Study Committee

The following statement may be attributed in full or in part to Representative Michael Stinziano (D-Columbus), a member of the Energy Mandates Study Committee (EMSC), on the report issued today by the committee.

House Democratic Leader Fred Strahorn (D-Dayton) issued the following statement in response to the announcement of Wright State University as the location for the first U.S. presidential debate:

“It is only fitting that Ohio, the quintessential swing state, will host the first presidential debate of 2016. I thank the Commission on Presidential Debates for choosing Ohio, and I have no doubt Wright State University is the right choice to represent the values of the Buckeye State and the hardworking folks who call her home.”

“I am pleased the Ohio Supreme Court has ordered the Ballot Board to meet again and follow the law this time. I voted against the original language because of its clearly misleading content and omissions. We have a duty to provide fair, unbiased language to the voters. In addition, county election officials are squeezed by an impossible timeline that requires them to print and mail ballots within 24 hours. This is a terrible way to run elections.”

“The Ohio Supreme Court has rightly sent us back to the drawing board. Now it’s a race against the clock to get new language to the county boards of elections so that they can print their ballots in time to send them to military and overseas voters. It is my hope that we will approve language that clearly and accurately explains the issue to the voters and creates minimal disruptions to election officials who are working hard to serve Ohio’s voters. This last-minute change could have been avoided if the Board had done its duty correctly the first time.”

“Throughout the decades, Americans of Hispanic descent have proudly defended our country in wars and enriched the lives of all Ohioans through contributions to such fields as business, technology, science, education, religion, entertainment, politics, and the arts,” said Ramos, who is of Puerto-Rican descent. “In light of these various contributions to our society, I am proud to formally recognize National Hispanic Heritage Month here in Ohio.”