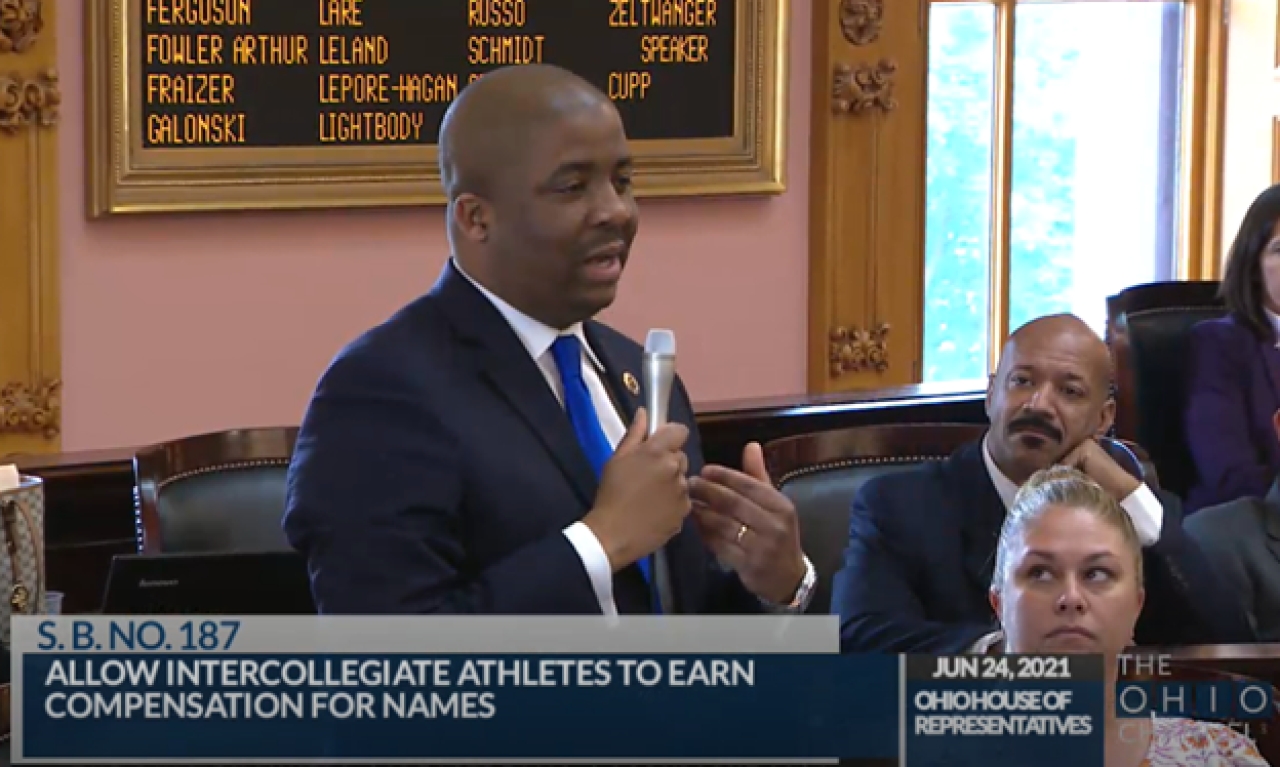 “I’ve been asked by some, ‘how would you feel if your daughter had to compete against a transgender athlete?’ As a father, I tell them that I don’t worry about that. I worry about my daughter looking at me one day and saying, ‘how can you tolerate making anyone in this state feel like they aren’t included, less than others, or not allowed to participate in fair and friendly sportsmanship?’ That is my real concern,” said Rep. Robinson. “Right is right, and wrong is wrong. We can’t tolerate our democratic process breaking down to rush harmful legislation impacting our children and LGBTQ rights.”

Provisions of the amendment in SB 187 are based on House Bill (HB) 61. The bill has received only two hearings in the House Primary & Secondary Education committee, with no opportunity for opponent testimony.

Rep. Robinson spoke on the House floor against the amendment last week with several other House Democrats. As the Ranking member of the House Primary & Secondary Education, Rep. Robinson voiced several concerns, including:

SB 187 now goes to the Senate for a concurrence vote to see if they accept the changes to the bill.