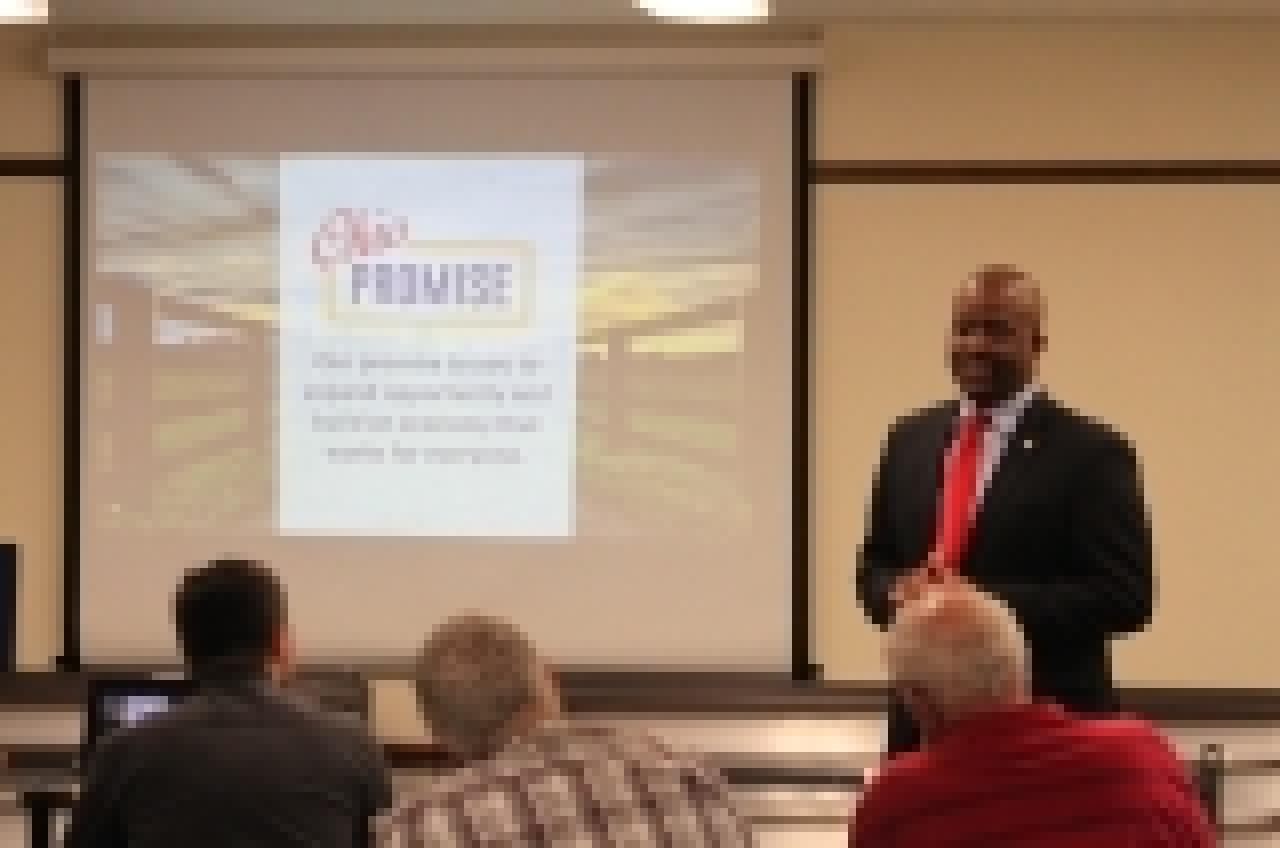 State Rep. Phil Robinson (D-Solon) held his fourth town hall in August Thursday evening as part of the Ohio Promise Town Hall Tour, a statewide legislative town hall series hosted by House Democratic members. The purpose of the tour is to hear from constituents in their districts about their most pressing concerns, answer questions, and discuss the state budget, bipartisan priorities, and a number of recent Democratic-led, legislative wins for working people and families.

“It was important for me to present my constituents with what was going on at the Statehouse, but even more important for me to give them a chance to ask me questions and hold me accountable as their representative,” said Rep. Robinson. “We had great turnout and I look forward to eventually doing a town hall in each community in House District 6.”

Rep. Robinson kicked off each event with a legislative update, discussing the state operating budget, how it impacts House District 6 and his policy priorities in education, workforce development, and gun safety reform. The events concluded with open forums to allow constituents to ask questions of Rep. Robinson and identify community concerns that can be addressed by state government. Minority Leader Emilia Strong Sykes (D-Akron) also attended and answered questions in Solon.

The recently passed state budget was also a major topic of conversation as Rep. Robinson detailed the process itself as well as a number of state budget provisions House Democrats fought for that seek to strengthen local communities and put people first.

Some notable Democratic budget wins for the sixth House district include: