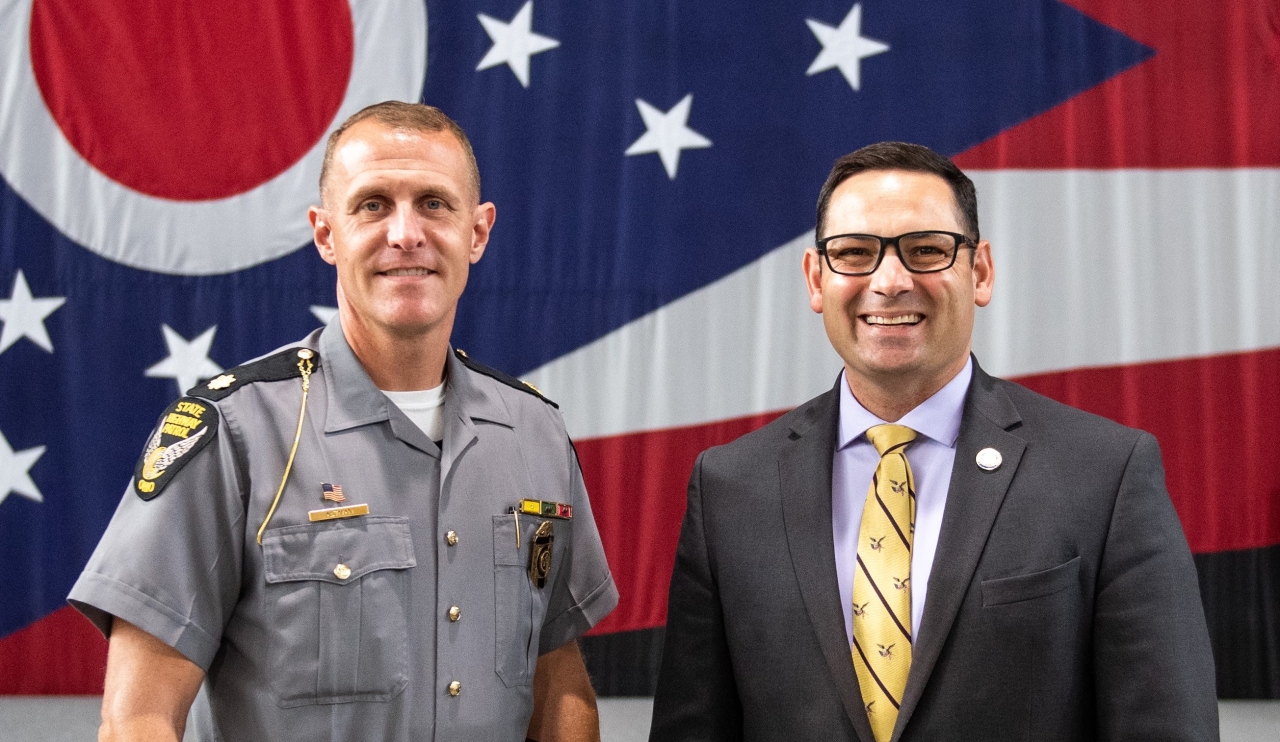 State Rep. Haraz N. Ghanbari (R-Perrysburg) attended a promotion ceremony at the Ohio State Highway Patrol’s Academy in Columbus Tuesday where the Patrol’s former District 1 Commander John C. Altman was promoted to the rank of major. Altman, in his new role, will serve as the Patrol’s commander in the Office of Training, Recruitment and Diversity.

“My son and I were proud to join John’s family and friends to celebrate his promotion at the academy,” said Ghanbari. “His selection to the rank of major is a testament to his professionalism and dedication to the law enforcement profession, and furthermore his commitment to serving the citizens of our great state.”

In his previous role as district commander, Altman was directly responsible for the Patrol’s operations spanning 12 counties and seven Patrol Posts which also includes the Bowling Green Post on State Route 582. This area includes major portions of Ghanbari’s district.

More than twenty years ago while a photojournalism student at Kent State, Ghanbari photographed then Trooper Altman rending aid to a driver involved in a motor vehicle accident in Portage County. As Trooper Altman and fire fighters from the Ravenna Fire Department stabilized the patient, the driver’s car became fully engulfed in flames several feet behind the first responders. Ghanbari’s dramatic photo was published in the local newspaper and subsequently used extensively for the Patrol’s recruiting efforts in the, “Team Work Saves Lives” campaign.

Ghanbari, a strong advocate in the legislature for public safety personnel and first responders, notes the importance of working closely with the Ohio State Highway Patrol in his capacity as a state representative. Additionally, Ghanbari also is a member of the House Transportation and Public Safety Committee and was recently appointed to the Ohio Turnpike and Infrastructure Commission.

Major Altman joined the Patrol in April 1998 as a member of the 131st Academy Class and has served in several posts throughout the state over the past two decades including in Ravenna, Ashtabula, Hiram, Canfield, and Toledo.