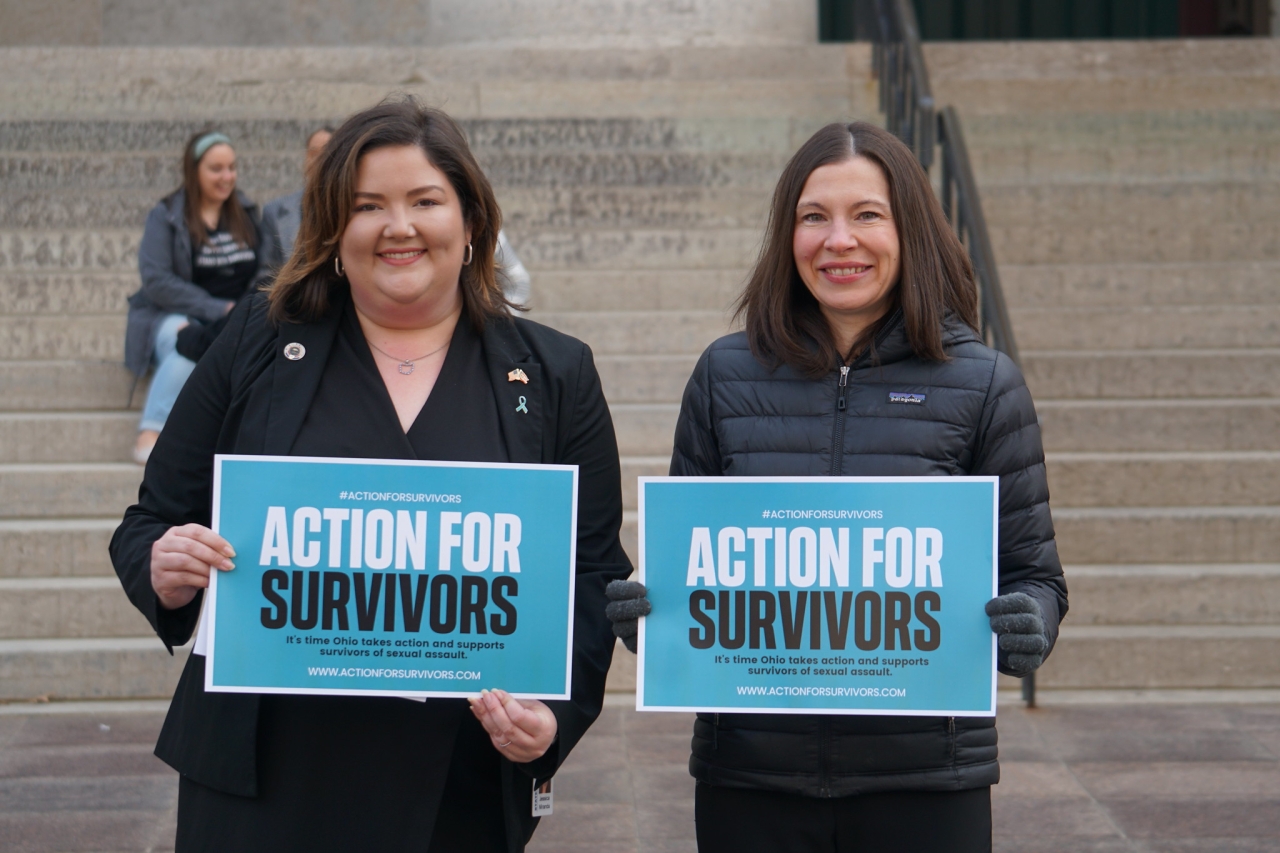 The rally comes as the Ohio Supreme Court hears a case from a child rape survivor challenging the Ohio law that limits how much survivors of violent crimes such as sexual assault and abuse can be awarded for pain and suffering.

Ohioans and Democrats called for Republican committee chairs to hold public hearings on HB 266, which would eliminate the criminal statute of limitations for rape, extend the period for civil action by a victim of sexual abuse, and eliminate the spousal exception for rape, as well as HB 199, which would remove the cap on damages for certain violent crimes, including rape.

Both HB 199 and HB 266 have stalled in the Republican-dominated House Civil and Criminal Justice Committees, respectively, since being introduced last year. No additional hearings have been set.

Here’s what Democrats have to say about creating a path to justice for survivors of sexual violence and abuse:

“Ohio’s justice system currently favors organizations and individuals who turn a blind-eye to rapists and sexual predators, not the actual survivors of these horrific acts,” said Leader Russo, sponsor of HB 199.  “These survivors deserve real justice and redress.”

“Ohio’s laws are failing survivors of sexual violence and protecting predators,” said Rep. Miranda, sponsor of HB 266. “HB 266 is a commonsense bill that will empower survivors of rape and other sex crimes who want to seek justice to do so comfortably and safely. All survivors deserve to have access to justice.”

“Survivors of rape should not have to fight the legislature for justice. I don’t believe any member would hold on to their opposition to these bills if their child endured the violence we have heard about from survivors,” said Rep. Boggs, sponsor of HB 199.

“Time and time again, Ohio’s laws have denied survivors of sexual violence the justice they rightfully deserve. All survivors should have the right to come forward when they feel comfortable doing so, no matter when their sexual assault occurred. With HB 266, we have the opportunity to show survivors that we stand with them,” said Rep. Galonski, sponsor of HB 266.