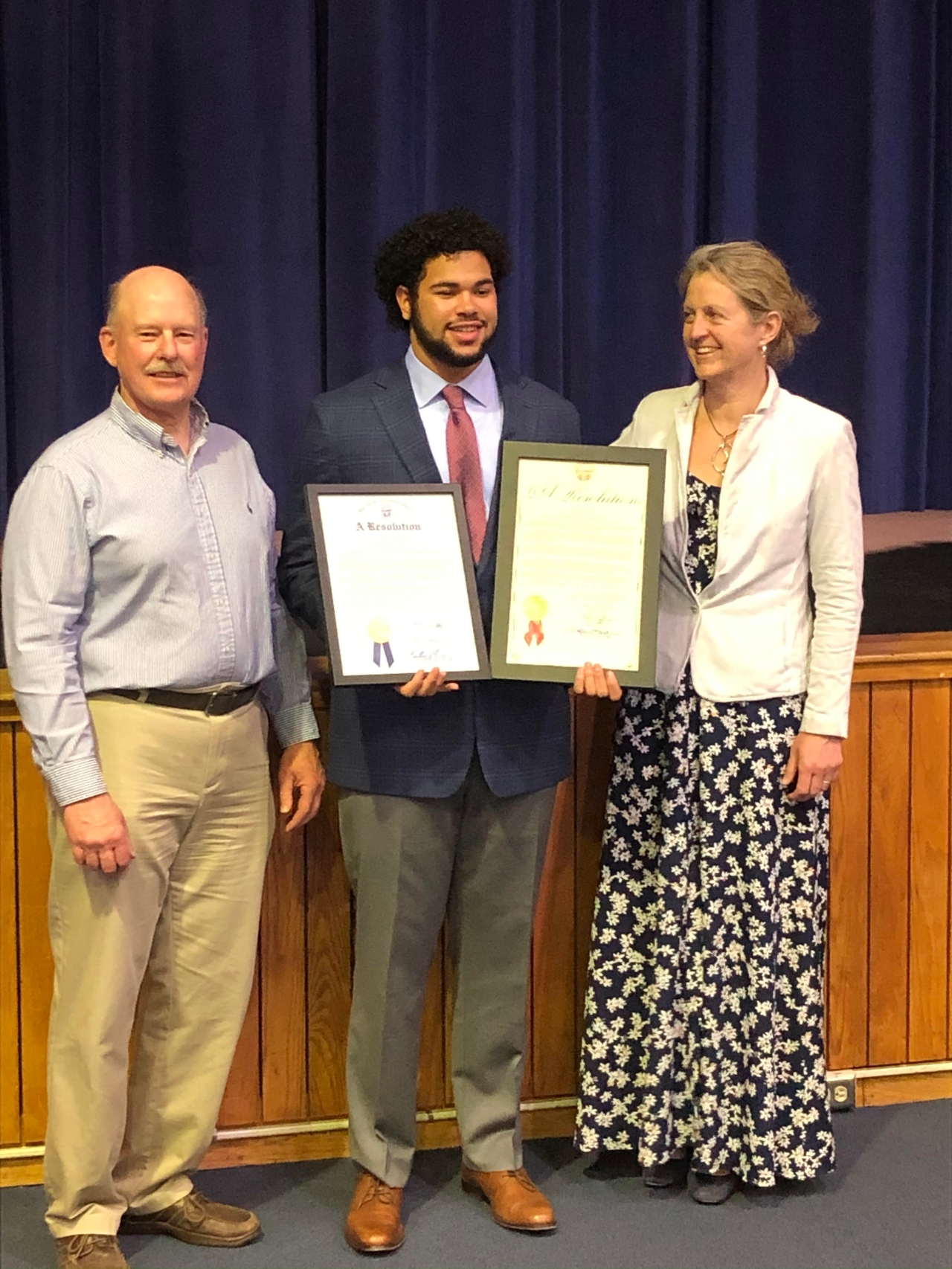 “I am honored to recognize our 38th Ohio House District native, AJ Campbell, for his accomplishments on the football field,” said Roemer. “Through his dedication and hard work, he has made his family, friends, and his community very proud. I am more than happy to present him with this resolution.”

The award for Campbell was originally announced last December by the OHSAA and the Ohio Prep Sportswriters Association.

Along with the two public officials, Campbell’s whole family attended the ceremony. Outside of athletics, Campbell also showed prowess in the classroom as he graduated a semester early with a 3.5 GPA.

Campbell will continue his football and education career at UCLA as he is expected to attend this fall.