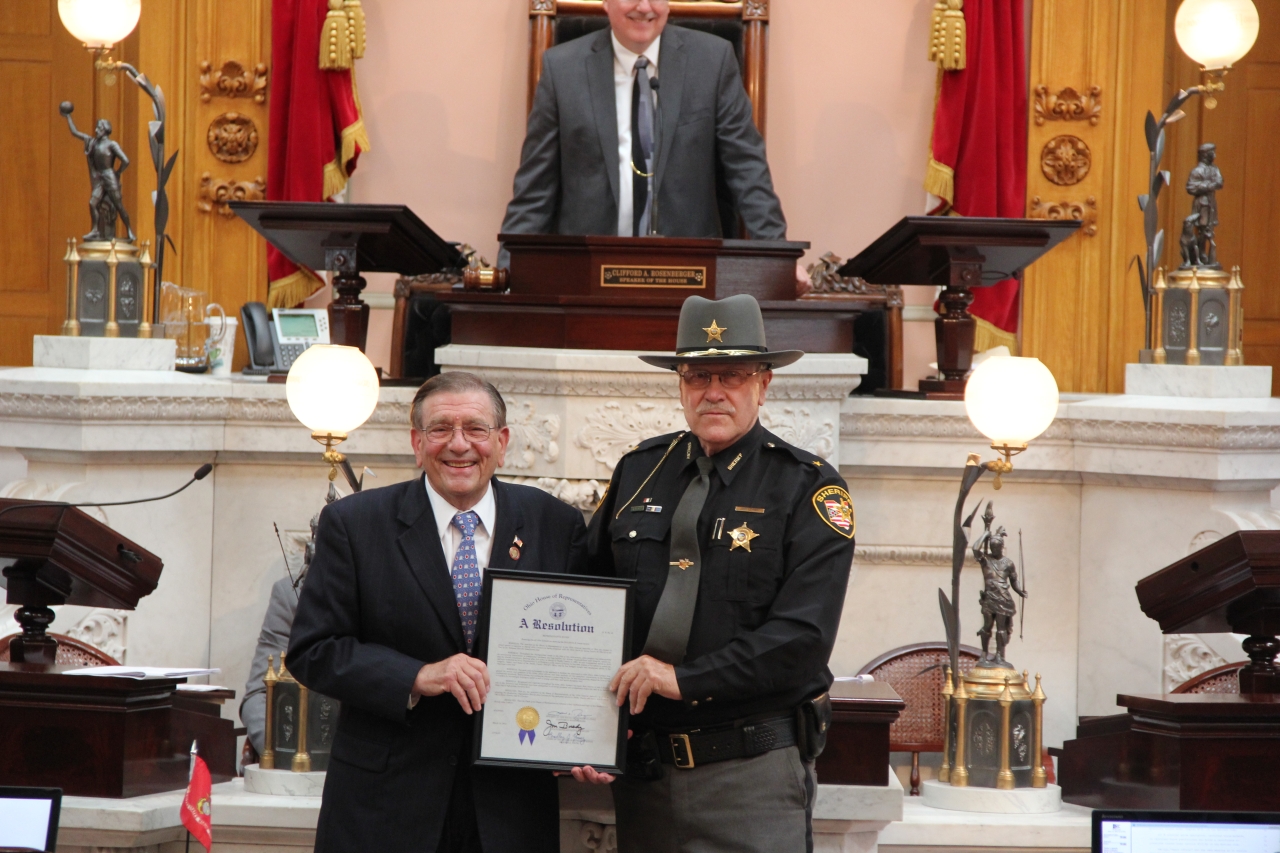 “Sheriff Lenhart is a great representative of the good people we find in western Ohio, but he has taken his service to a level rarely matched,” Buchy said. “The sheriff is engaged in his community as a philanthropist who gives and leads others to give.  He has taken that spirit around Ohio to help us fight the drug problems that have caused destruction to families throughout the state. Sheriff John R. Lenhart is rightfully praised by his peers.”

A graduate of Jackson Center High School, Lenhart has served as Shelby County Sheriff at two different timeframes, first from 1976 to 1991 and again from 2011 to today. When he was first elected at the age of 29, he was the youngest sheriff in the state. Today, he is the oldest.

Lenhart has been on the forefront of protecting schools and children in Shelby County. He established “school security officers” in the Sidney City School system and has placed deputies in each school.

In addition to being Sheriff, John Lenhart and family operate a successful farm in Shelby County and is a member of Immanuel United Church of Christ in Kettlersville, Ohio. His farm has been featured on the Ohio and USDA website for conservation activities.

As well as farming, John Lenhart serves as a security consultant for local businesses and events.