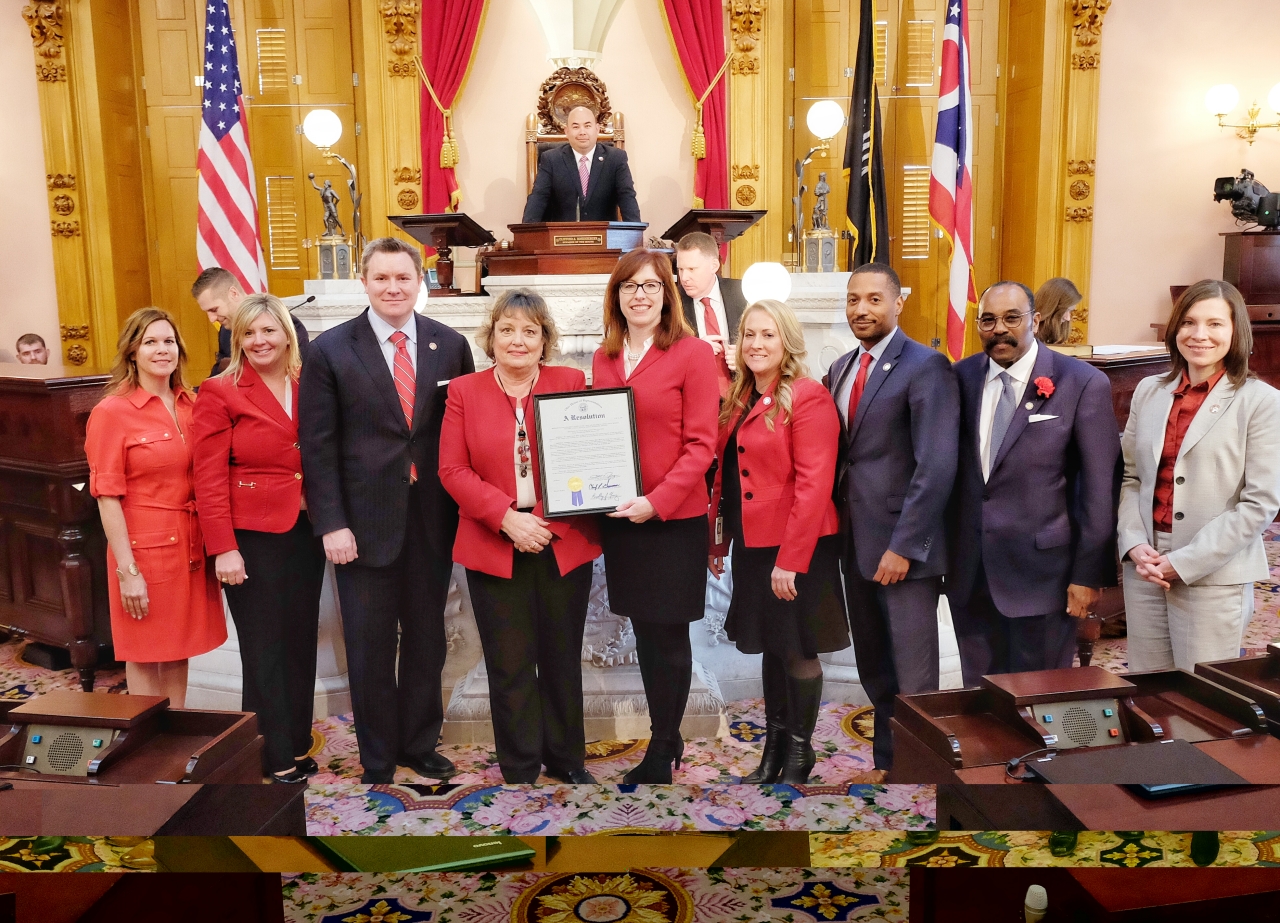 “Cardiovascular disease affects so many Ohioans,” Rep. Grossman said. “The numbers are improving as a result of improved education on this disease. I am grateful to the American Heart Association for what they do in combatting this potentially fatal disease.”

American Heart Month takes place in February and is a federally designed event to promote heart health among Americans. This month was first recognized by President Lyndon B. Johnson in February of 1964 to address half of the United States deaths in that time period as a result of cardiovascular disease. Congress first urged the president to annually issue a proclamation designating an American Heart Month during February, which continues to be a tradition 52 years later.

Cardiovascular disease, heart disease and strokes cause 17.3 million deaths each year and are the leading cause of death across the globe, with numbers expected to increase by 2030 to 23.6 million.

Representative Grossman was joined by her colleagues from Franklin County in order to present the resolution during today’s Ohio House session.