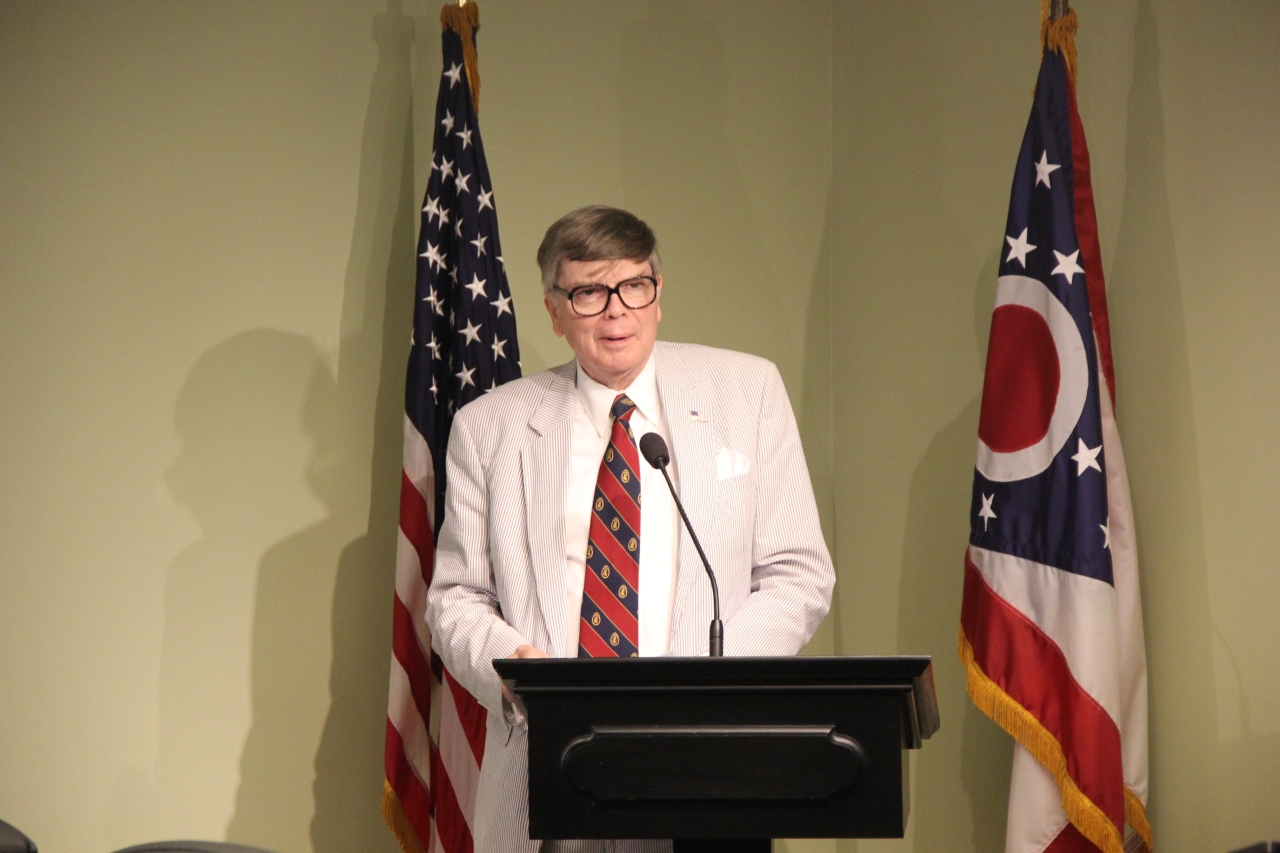 COLUMBUS—Speaker of the Ohio House William G. Batchelder (R-Medina) today hosted a ceremony to dedicate a room in the Ohio Statehouse as the Robert E. Netzley Conference Room.

Representative Netzley was the longest serving member of the Ohio House of Representatives with 40 years of service to Miami County and the citizens of Ohio.  A United States Navy veteran of World War II, he was awarded the Purple Heart for injuries sustained from a Japanese suicide pilot.  For his service, Netzley was inducted into the Ohio Veterans Hall of Fame as well as the Ohio Senior Citizens Hall of Fame.

“It was an honor and privilege to dedicate the Robert E. Netzley conference room today,” said Speaker Batchelder. “Representative Netzley was not only the longest serving member of the House of Representatives and dear friend, but he was also a legislator with high integrity who had a breadth of knowledge on state government issues. His contributions to bettering Ohio are numerous, and this room serves as a small token of gratitude to this great man.”

The room, located in the crypt of the Statehouse and formerly known as Room 004, will be utilized for meetings, presentations, and press conferences. Additionally, a small workroom is attached for staff use.