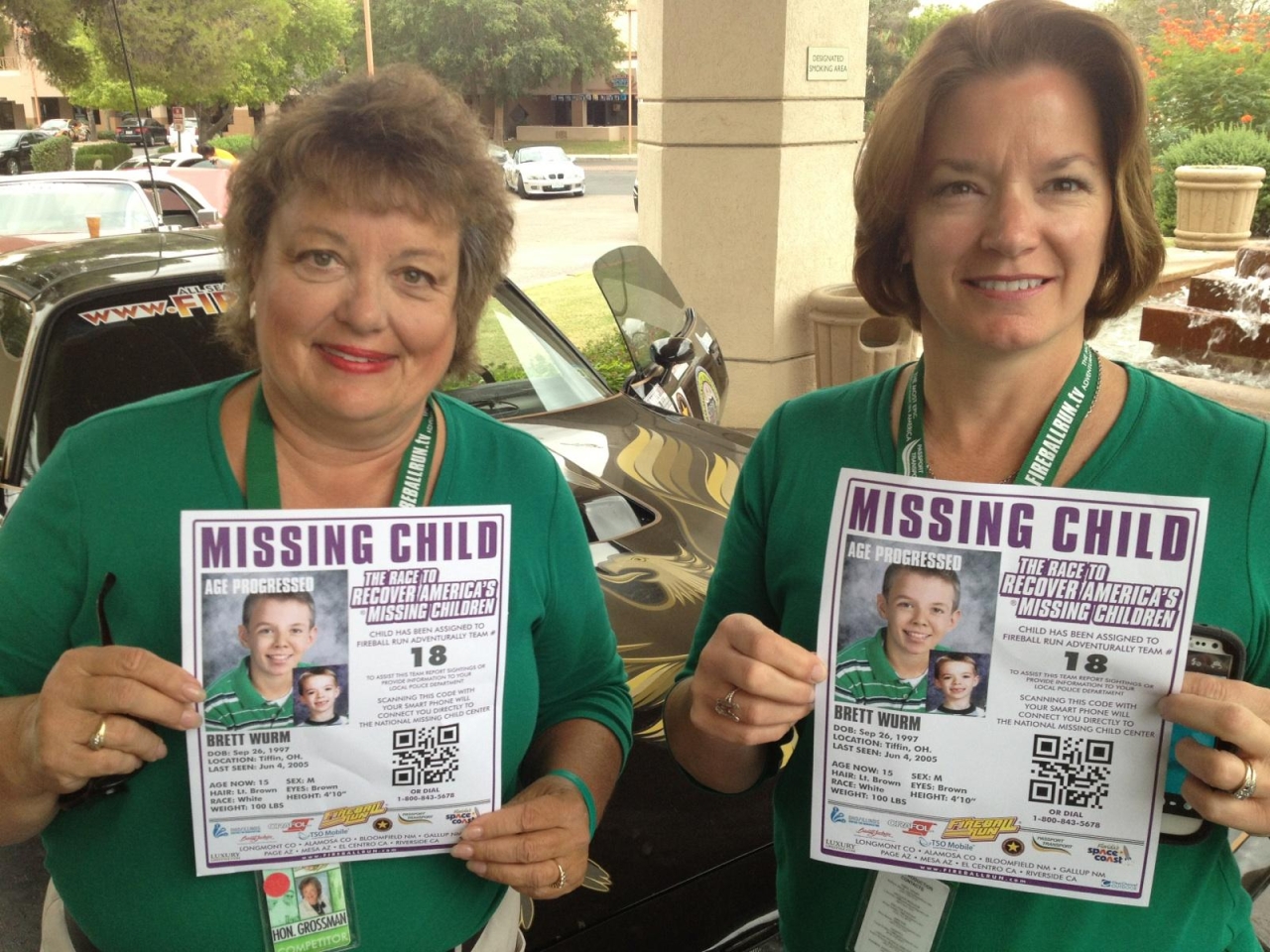 MESA, Arizona—State Representatives Cheryl Grossman (R-Grove City) and Marlene Anielski (R-Walton Hills), who are participating as “Team Ohio” in the online reality series of Fireball Run Season 7, have announced that they are nearing the end of the competition.

Fireball Run is an annual eight-day, 2000-mile journey to raise awareness of missing children. Having started September 20th, the representatives have driven in their 1979 Pontiac Firebird Trans Am (Smokey and the Bandit car) from Longmont, CO and will end in Riverside, CA Saturday afternoon.

“From start to what will soon be our finish, Fireball Run has been a tremendous experience,” Rep. Anielski said. “Whether it was the support we had when our car broke down, the wonderful people we met at many stops along the way, or the fun activities we have participated in, this is a terrific event that serves the very important cause of finding missing kids.”

Since its inception in 2007, Fireball Run has helped lead to the recovery of nearly 41 missing children.  Reps. Anielski and Grossman have focused their efforts on Brett Wurm, from Tiffin, OH, who went missing at the age of eight in June 2005.  Along with bringing awareness to missing children, the representatives are using the experience to highlight teen suicide prevention.

"I am proud of the work of my colleagues, Representatives Marlene Anielski and Cheryl Grossman, for their advocacy work regarding missing children and bringing this important issue to the forefront,” Representative Rex Damschroder (R-Fremont), who represents the Tiffin area, said.

Along the representatives’ journey, they have participated in various “missions,” which involve solving clues and accomplishing tasks based on cities, points-of-interest, history and culture. At every location where they stay at night, the representatives have helped to support a local children’s charity. Many of the events at these locations are streamed live and made available online.

“We have made great friends and had many laughs while participating in Fireball Run,” Rep. Grossman said. “I never thought this experience would lead me to do such things as go down a waterslide, but I’m glad to do it for the sake of finding a missing child. So many people have come together for this cause that it is truly encouraging.”

Supporters can learn more and offer their support for Team Ohio at www.fireballrun.com/live/teams. The representatives are also tweeting from @teamOHfireball and blogging at TeamOhioFireballRun.blogspot.com.