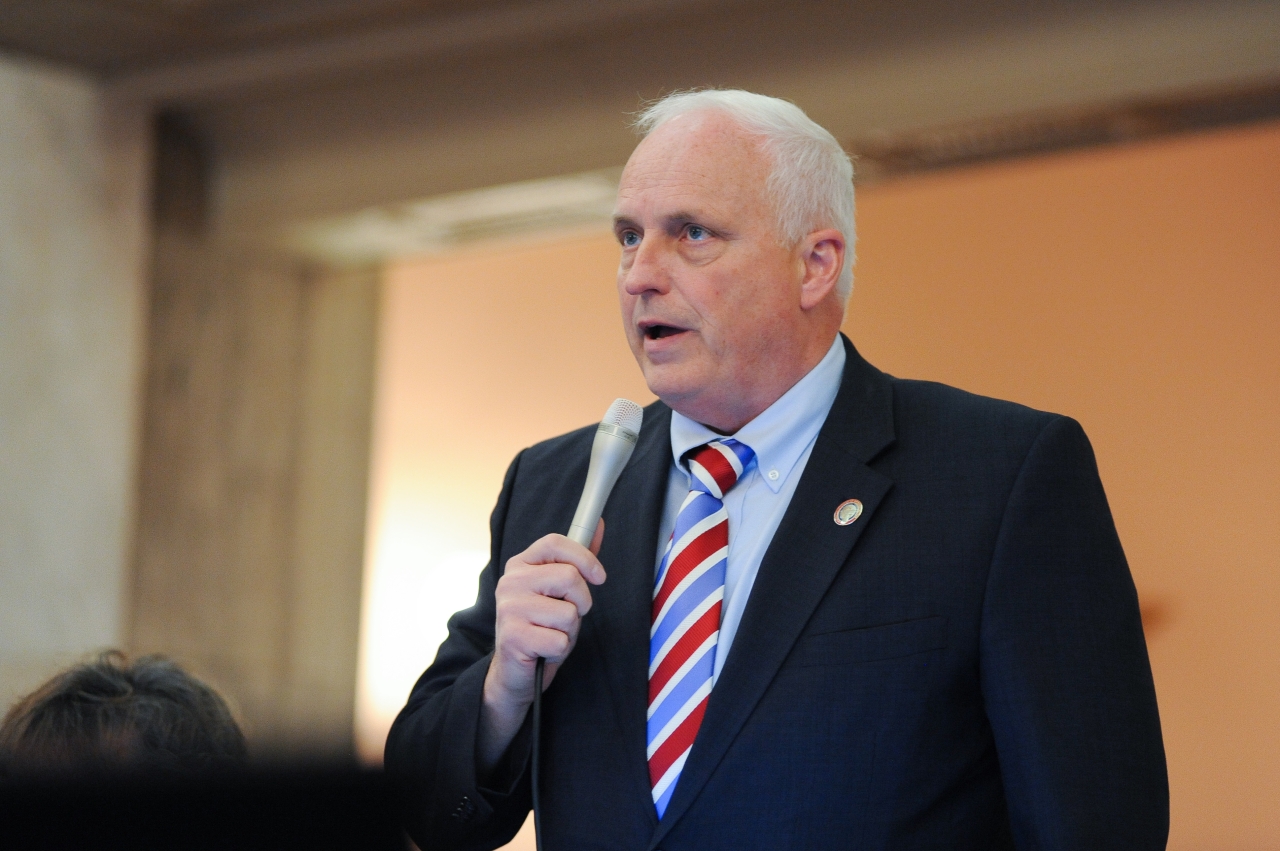 Representative Terry Johnson (R-McDermott) applauds the Ohio Controlling Board for recently approving the release of capital funds for improvement projects in Scioto County. Road work improvements as well as upgrades to camera surveillance equipment at the Southern Ohio Correctional Facility were approved for state funding to complete the projects.

“Certainly investing funds in our community for creating jobs is important,” said Rep. Johnson. “In addition, security upgrades will keep our guards safer. This should be one of our highest priorities.”

The Southern Ohio Port Authority will be granted $330,000.00 for costs associated with the completion of public roadwork in support of the Altivia Petrochemicals, LLC project. This project will consist of reconstructing and widening the current Haverhill Ohio Furness Road. The project involves Haverhill Ohio Furnace Road between U.S. 52 and County Road 1, and will include roadway erosion control with embankment and shoulder support, conduit drainage, and roadway paving. This project will create 30 new full-time equivalent jobs and will retain 51 full-time jobs.

Additionally, $142,315.09 will be released to the Southern Ohio Correctional Facility in Lucasville for an upgrade to the camera surveillance. This project will update the video management system at this level 3 and 4 security prison which houses 1,179 male inmates. This new project will install new cameras, servers, and associated electronic devices, and will replace fixed cameras with high definition internet protocol cameras.

Both of these capital projects will have a positive impact on Scioto County, most notably through the creation of jobs and overall community improvement.