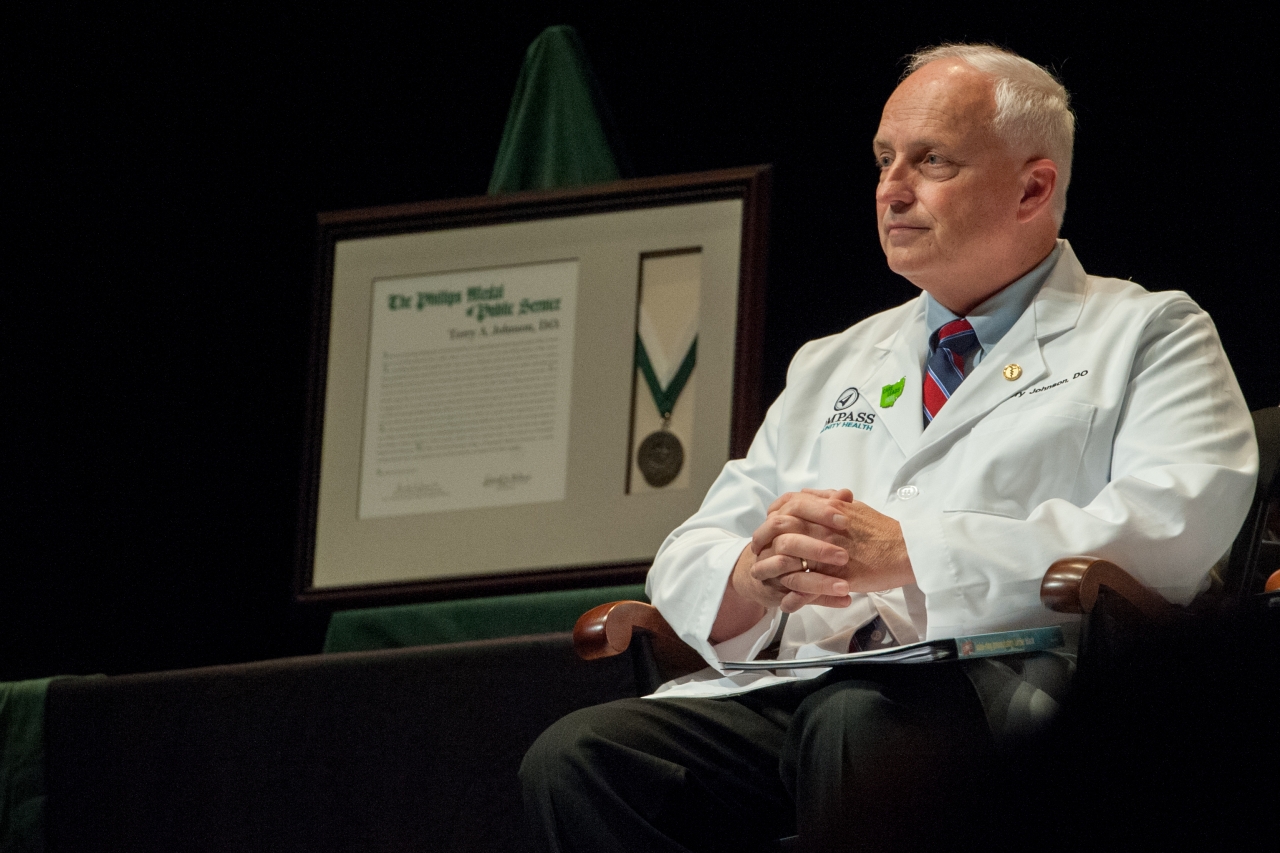 COLUMBUS—Speaker of the Ohio House William G. Batchelder today applauded State Representative Terry Johnson (R-McDermott) for being awarded the Phillips Medal of Public Service from Ohio University this past Saturday.

This prestigious award works to annually recognize men and women in the healthcare, education and public service sector who demonstrate exemplary achievement in their specific field.  Rep. Johnson was chosen because of his diverse background in medicine including working as a family practice physician and a clinical professor in family medicine at Ohio University. He was also commissioned into the Ohio Army National Guard, serving as senior flight surgeon, and ending his military career as the Guard’s State Surgeon. He later served as Scioto County Coroner before being elected as state representative for the 90th Ohio House District.

Rep. Johnson has championed several pieces of legislation that work to curtail the prescription drug problem in the state including House Bill 93, known as the “Anti-Pill Mill Bill,” House Bill 296, which allows for the stocking of “epi-pens” at schools, and House Bill 170, which expands the use of naloxone hydrochloride.

At the ceremony where Dr. Johnson was awarded, his colleagues said, “he was the epitome of a public servant, a trusted and empathetic care giver, a decorated military veteran, a valued educator to our students and a legislator who has sponsored groundbreaking health related laws for our state.”

“Representative Johnson has made a profound difference within this caucus as a leader and experienced medical professional,” Speaker Batchelder said. “We are blessed to have him in the House as he works to serve his constituents and assist his fellow colleagues. Specifically in the area of opioids and prescription drugs, his wide breadth of knowledge is unmatched and I’d like to congratulate him on this outstanding award.”