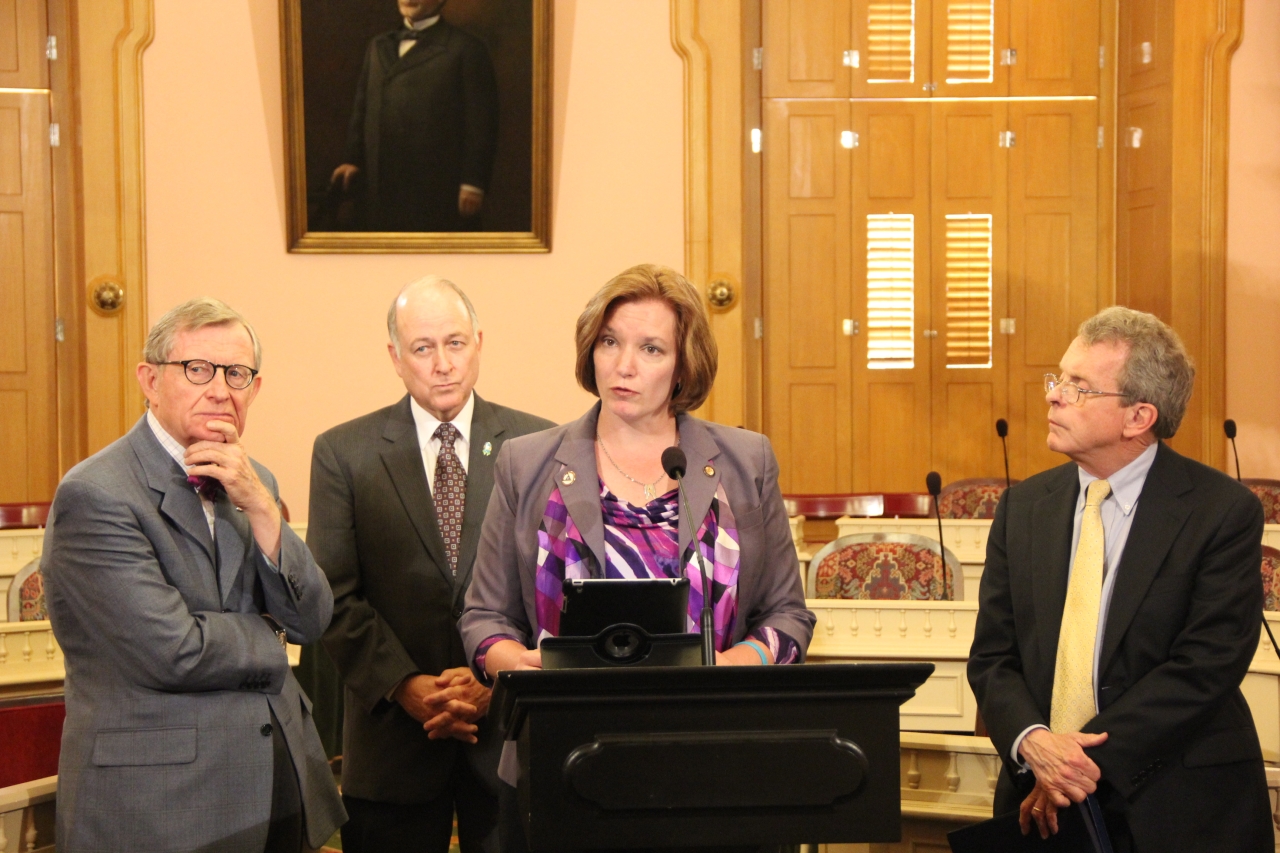 Representative Anielski was successful in passing House Bill 543, the Jason Flatt Act, in honor of Joseph Anielski, which mandates all public school personnel complete training to recognize the signs of those who may be at risk of harming themselves. House Bill 149, which designates every September 10th as Ohio Suicide Prevention Day, was sponsored by Representative Anielski as well. This legislation was recently signed into law this past June.

"Our most precious gifts, our children, at times need us to step in and give them immediate assistance," said Rep. Anielski. "Reviewing the free online training or DVDs help the adults at school to recognize the signs of a child emotionally struggling. The proper guidance can be given so a tragedy does not happen. Suicide is preventable and treatable!"
In its 2011 Youth Risk Behavioral Report for Ohio, the Center for Disease Control reported that one in seven Ohio students said they had “seriously considered suicide” in the past 12 months. Slightly more than one in seven had actually “made a plan to commit suicide” in that time. Additionally, one in 11 Ohio students reported “attempting suicide one or more times in the past 12 months,” nearly 50 percent higher than the national average.
“I am excited that Ohio has embraced and passed The Jason Flatt Act – Ohio, in honor of Joseph Anielski to help provide educators the information, tools and resources to better enable them to identify and assist at-risk youth,” said Clark Flatt, President of The Jason Foundation. “There is no doubt in my mind this legislation with the passion of Ohio educators will save lives!”

"Protecting Ohio's children from the heartache of the depression and sadness that can lead to suicidal thoughts has been a top priority dating back to my time in the U.S. Senate," said Attorney General DeWine. "By increasing awareness on the signs and symptoms of that could precede a suicide attempt we hope to save precious lives."