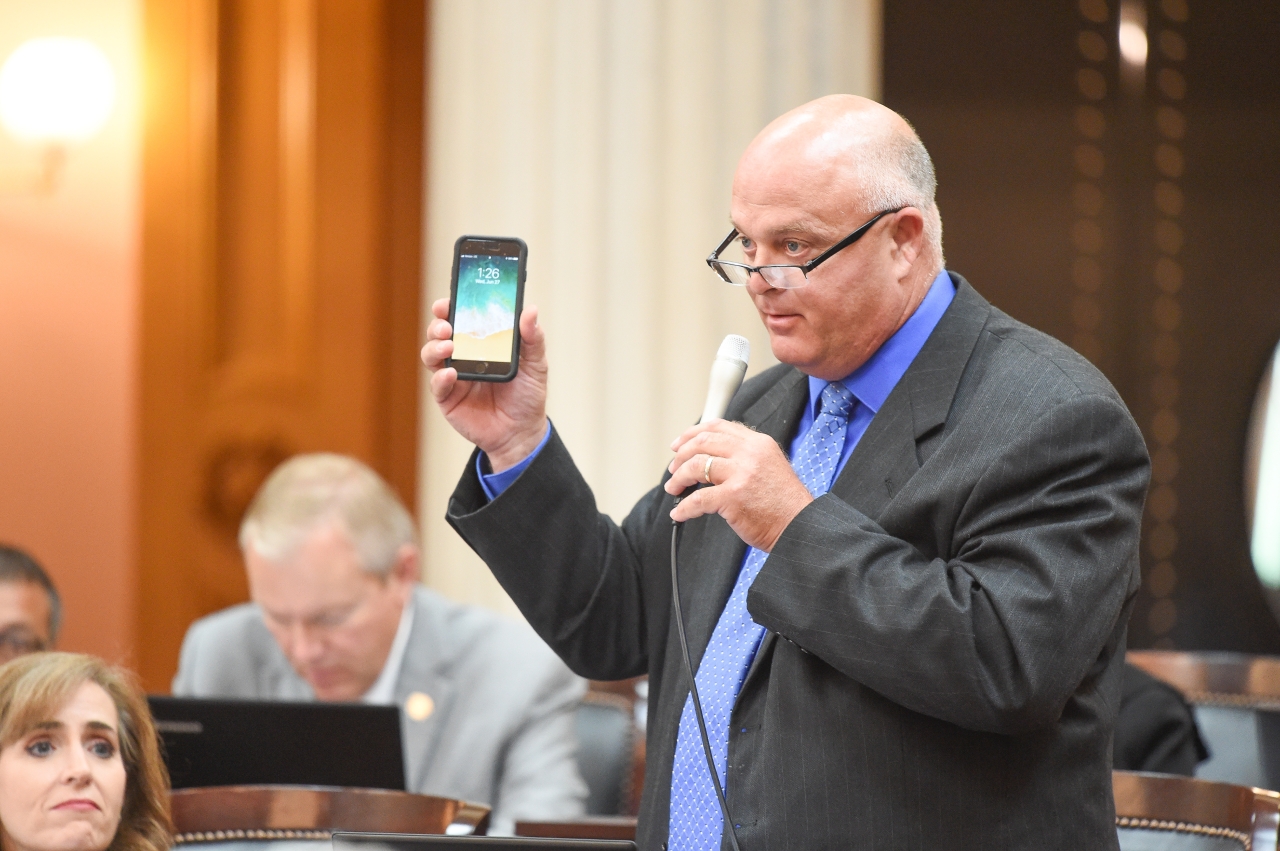 COLUMBUS—State Representatives Brian Hill (R-Zanesville) and Jeff Rezabek (R-Clayton) today applauded the House for passing legislation they jointly sponsored that provides another option to Ohio’s courts when dealing with juveniles charged with possessing sexually explicit digital material, or engaging in “sexting” with a minor.

The bill takes into account the growing dilemma of juveniles who engage in “sexting” with other juveniles and the charges that may be filed by prosecutors by law. House Bill 355 prohibits anyone under the age of 19 from creating, distributing, or possessing sexually explicit digital material that depicts a minor through a phone or computer.

The law serves as an alternative option for prosecutors when determining whether to charge the offender with a felony, which has lifelong implications, or nothing at all. Offenders under the age of 19, and in which the victim was less than four years younger than the offender and over the age of 13, would then be eligible for a charge which carries with it a mandatory diversion program, which would cover a host of issues related to sexting, educating our youth about the dangers of doing so.

Provisions were placed in the bill to ensure that prosecutors can charge a more serious offense under qualifying circumstances if they want to pursue a heightened charge, rather than the diversion program.

Rep. Hill introduced the legislation after an incident in his district where a young man committed suicide after he faced potentially felonious charges from sexting with his girlfriend. Rep. Hill hopes the bill will give these individuals a second chance. As scenarios differ case-by-case, House Bill 355 will give prosecutors more options to consider the facts of what happened and seek an appropriate punishment.

“I’m happy to see this bill pass that will give young people a second chance when they have made a stupid mistake,” Rep. Hill said. “I do not condone the activity, but I don’t believe a young person should be a felon or sex offender as a result of a first offense for sexting.”

Rep. Rezabek utilized his knowledge of the juvenile court system while working on the legislation, and hopes to allow prosecutors to save the felony charges for the truly heinous individuals who are preying on juveniles, and possessing or distributing child pornography.

“I’m very proud the House has passed this piece of legislation,” Rep. Rezabek said. “Along with Chairman Hill, we were able to see his vision through in helping juveniles who made a mistake to fix and correct their actions.”

The bill will now go to the Ohio Senate for further consideration.