According to the U.S. Department of Labor, women on average make 78 cents for every dollar a man earns.

“It is disappointing that a majority of men and women want changes to achieve gender equality in the workplace, but Ohio’s legislature cannot seem to even have an honest debate about studying pay inequality,” said Rep. Driehaus.

“Ohio cannot afford to be left behind in the national conversation about equal pay for equal work,” said Rep. Craig. “Our state’s women and families deserve policies that push us to be better and contribute to a higher quality of life in our state.”

Rep. Michael Stinziano (D-Columbus) and Rep. Mike Duffey (R-Worthington) championed the passage of a bill from the Ohio House of Representatives today that would allow patrons to enjoy beer and wine while at certain markets.

State Rep. Stephanie Howse (D-Cleveland) today applauded the consent decree negotiated between the City of Cleveland and the federal Department of Justice, saying the agreement is an important step toward achieving real progress on community-police relations in Cleveland.

Announced at a joint press conference this afternoon, the ground-breaking agreement between the city and federal justice officials includes provisions on community engagement, use-of-force, support and resources, minimizing stereotyping, accountability and crisis intervention. In particular, the agreement enables Cleveland to continue its city-wide implementation of body cameras for all officers and establishes a new community police commission that will work with neighborhoods to provide input into police matters.

“The reforms being implemented in Cleveland will make our officers better equipped to perform their duties while ensuring fair treatment for all city residents,” said Howse. “With the cooperation of federal authorities and local and state leaders, this brings us closer to significant justice reform in our community and state.”

Women lawmakers fight for equal justice for all rape survivors

State Reps. Greta Johnson (D-Akron) and Teresa Fedor (D-Toledo) held a news conference today calling for changes to state laws that prevent equal justice for all survivors of rape. The lawmakers are pushing for the elimination of the statue of limitations on all rape cases in addition to making spousal rape and sexual battery illegal in Ohio.

According to the Centers for Disease Control and Prevention, more than one  in three women experience rape or other physical violence at the hands of an intimate partner in their lifetime.

“This is a constitutional response to an unconscionable problem,” said Johnson. “With every day that passes, another victim of rape or sexual assault is denied access to justice and sexual predators are allowed to roam freely. We will not rest until all victims of sexual violence have equal and unfettered access to justice in our state.”

Victims of rape or sexual violence who seek justice can be prevented from doing so if the statute of limitations has passed by the time the victim is capable of reporting the crime and pursuing charges. While the two women lawmakers commended the recent passage of House Bill 6, which extends the statute of limitations on all rape cases for an additional five years, they believe that Ohio should join the growing number of states where spousal rape is illegal and there is no limit to charging perpetrators of sexual assault.

“Women want to live in a state where they feel safe and are treated equally under the law,” Rep. Fedor said. “It is past time to do away with laws that prevent Ohioans from seeking justice for sexual violence. We need to have a serious conversation in our state about these commonsense reforms that will ensure survivors equal access to justice and put criminals and rapists behind bars.”

Ohio Legislative Black Caucus (OLBC) President and State Rep. Alicia Reece (D-Cincinnati) joined OLBC members today to call for justice reform and to urge the governor to release an action report on executive efforts toward reform in Ohio. The justice reform agenda* developed by the OLBC aims to guide state and community efforts in dialogue and action between communities of color and the state justice system.

“Public outcry and civil unrest following the police-led deaths of unarmed African American men has started a new public dialogue surrounding police-community relations and the need for justice reform immediately in Ohio and throughout the nation,” said Rep. Reece. “We need to take hold of a moment in time when Americans and Ohioans are crying out for meaningful justice reform that keeps us safe, treats citizens fairly and restores faith in our justice system. Now is the time to take action for real justice reform.”

State lawmakers today held a joint session of the Ohio House and Senate to honor military members and their families at the annual Ohio Military Medal of Distinction Ceremony and Wreath Laying at the Ohio Statehouse. This year’s ceremony posthumously honors six servicemen from across Ohio who gave their lives in service of their country. The annual ceremony is held in celebration of Memorial Day and honors the courage, dedication and sacrifice of Ohio’s service members.

“It is a tremendous honor to take part in paying tribute to the brave soldiers who gave their lives defending our freedom,” said Columbus Rep. Hearcel Craig, the top Democratic member of the House Veterans Affairs Committee. “This ceremony sends an important message to service members everywhere that we are forever grateful for their valor, courage and service to our state and nation. Elected officials must also use this observance to further our sense of duty to fight for good-paying jobs and access to healthcare services for our returning soldiers.”

The Ohio Military Medal of Distinction was created in 2009 to honor fallen service members killed after Sept. 10, 2001, while fighting in combat zones or engaging in U.S. military operations. Both chambers of the Ohio legislature meet annually to recognize these individuals and their families and to pay tribute to their ultimate sacrifice.

“Throughout our nation’s history of defending freedom and fighting tyranny and injustice, Ohioans have always answered the call to serve their country and state,” said Democratic House Leader Fred Strahorn (D-Dayton). “Their service and sacrifice is a reminder to us all that we owe our brave men and women so much more than what can be offered through a ceremony or special recognition. That is why we must continue fighting for our men and women in uniform to have the opportunity for a better life when they return home. We must heed t

State Reps. Christie Kuhns (D-Cincinnati) and Jonathan Dever (R-Madeira) today announced the introduction of House Resolution 107,  legislation urging the Congress of the United States to renew funding for Save the Dream Ohio to help homeowners in the state avoid foreclosure.

“This program has been instrumental in helping save Ohio’s homes and the dreams of so many families,” said Rep. Kuhns. “While our communities continue to recover from the impacts of the housing crisis, a sustained effort is needed to continue to protect the economic integrity of neighborhoods. The Save the Dream Program has been a successful effort in this regard, and without federal action we stand to lose some of the ground we have gained in responding to the crisis.”

“To make sure our children succeed, we must address the academic and non-academic needs of students and families,” said Rep. Driehaus. “Through developing local partnerships and gathering community input, the CLC model allows schools to transform their buildings beyond their traditional purpose to become a true focal point for the community.” 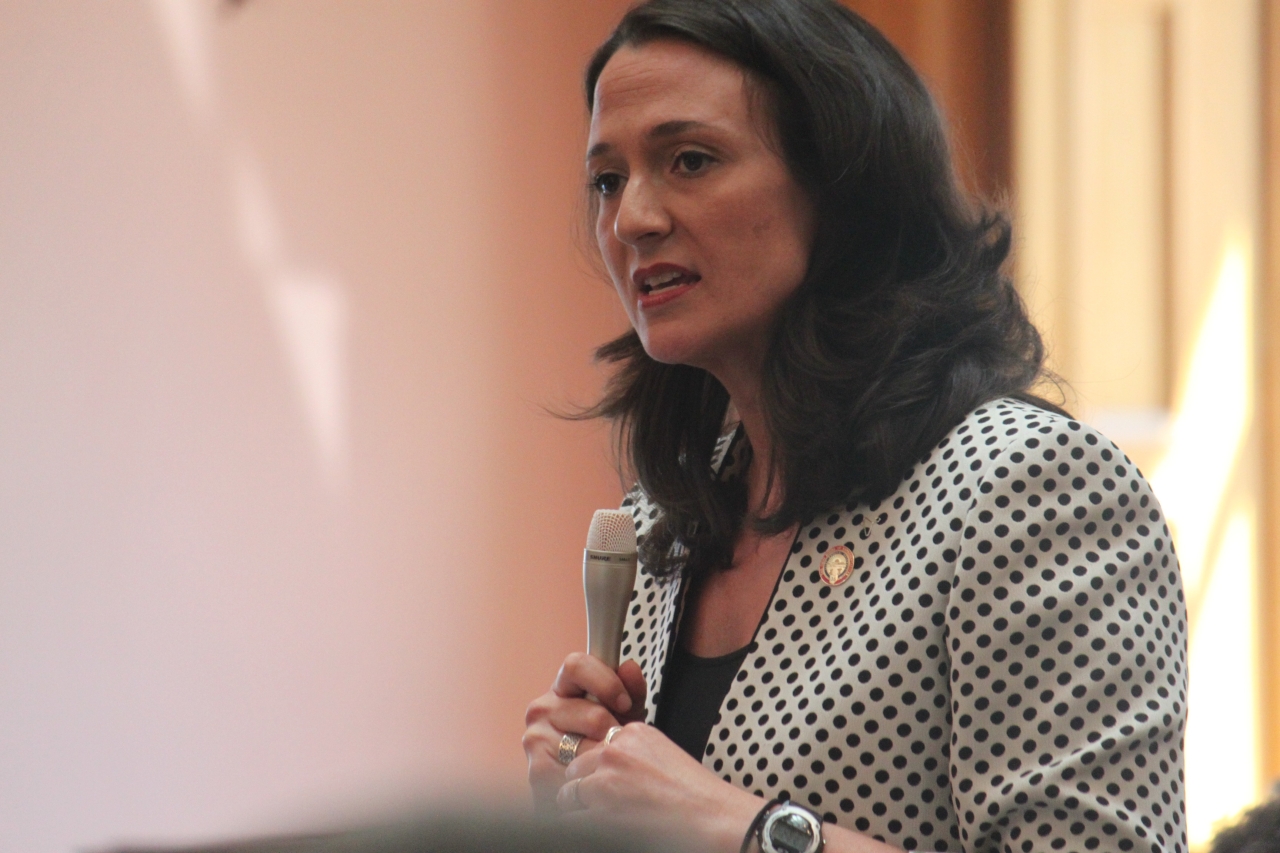 “Without the requirement for a PSI prior to the imposition of community control, cases that would and should easily resolve with a term of probation will no longer be eating up valuable time, docket space and financial resources in the community,” said Rep. Johnson. “This streamlines rehabilitation in many cases.”

The bill gives the court the authority to impose a community control sentence, such as a term in a halfway house or probation, if the two adverse parties agree it is the best outcome for the case.