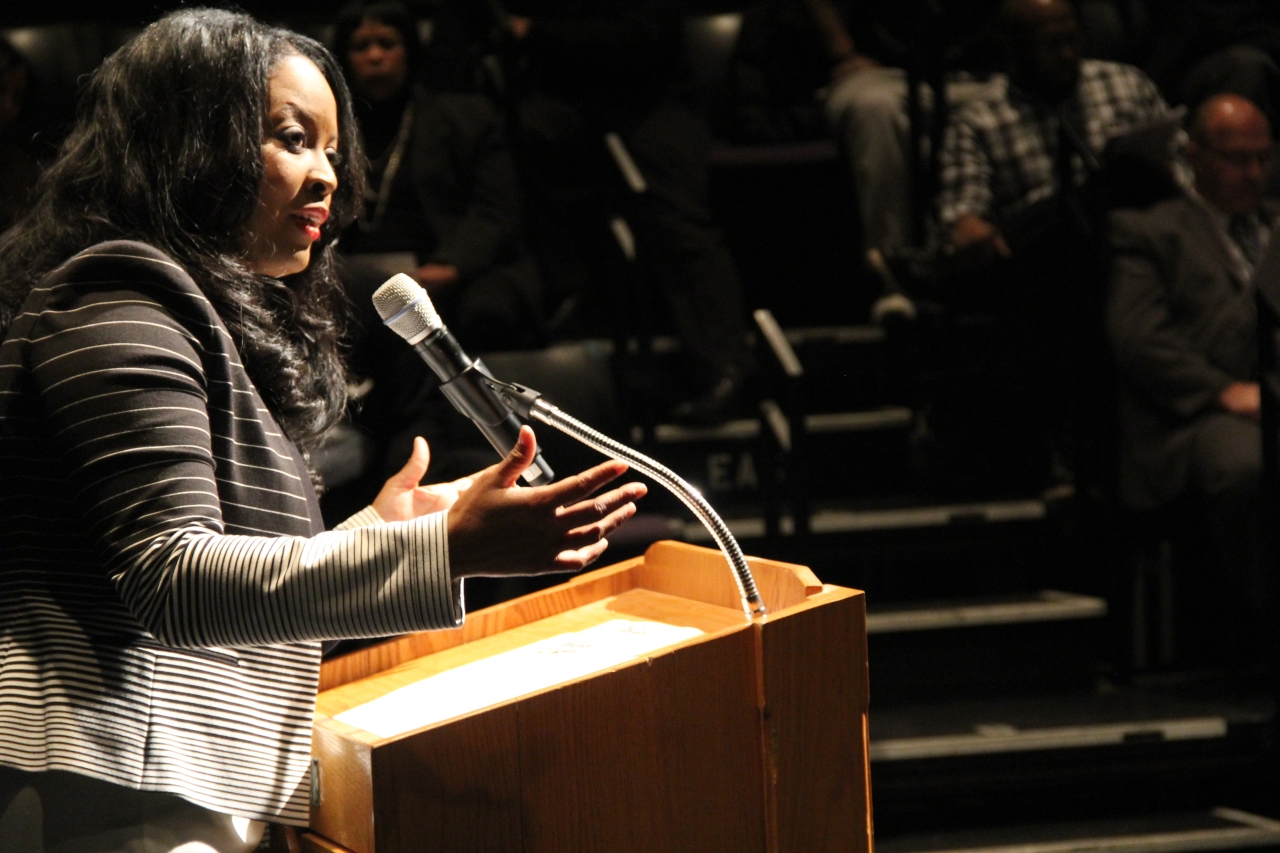 State Rep. and Ohio Legislative Black Caucus (OLBC) President Alicia Reece joined OLBC members, community leaders and citizens from around Ohio today for the OLBC’s Third Annual Day of Action. The event began with the State of African Americans in Ohio presentation followed by the unveiling of the OLBC’s 2015 policy agenda.

“Next week, the governor will give his state of the state. We thought it was important to give the State of African Americans in Ohio— African Americans who are facing 15 percent unemployment and one-third of whom are living below the poverty line while confronting the harsh reality that 50 percent of our children live in poverty in our state,” said State Rep. and OLBC President Alicia Reece (D-Cincinnati). “As we debate the proposed 70 billion dollar state budget, it is time to invest in the economic prosperity of African American citizens who have been left behind.”

John Crawford II, father of slain Beavercreek teen John Crawford III, also attended the day of action to show his support for the group that championed legislation in his fallen son’s name.

“Too many individuals know the problems and challenges our communities face, but it can seem hopeless without identifying solutions and putting a plan in place,” said State Rep. and OLBC Day of Action Chair Emilia Sykes (D-Akron). “The Day of Action brings people together from all over the state to discuss real change we can effect on a statewide level to make sure African Americans in Ohio have a fair shot at a higher quality of life.”

During the State of African Americans presentation, Rep. Reece unveiled the OLBC’s “Prosperity Plan” for 2015. The lawmaker proposed action items that must be taken up to continue empowering and advancing the black community.

“The OLBC Day of Action addressed pressing public policy issues in the African-American community as it relates to infant mortality, education, workforce development and minority owned businesses,” said State Rep. and 2nd OLBC Vice President Stephanie Howse (D-Cleveland). “We will continue to advocate for policies that will help make Ohio a more inclusive environment to all individuals living and working in our great state.”

The group discussed the challenges of and issues surrounding criminal justice reform, education, employment, healthcare and voting rights in the black community during the town hall meeting. OLBC members and advocates said that issues which disproportionately affect the black community are hurdles to advancement—African American unemployment numbers at 15 percent, a 33.6 percent poverty rate and the worst state ranking in the nation for infant mortality.