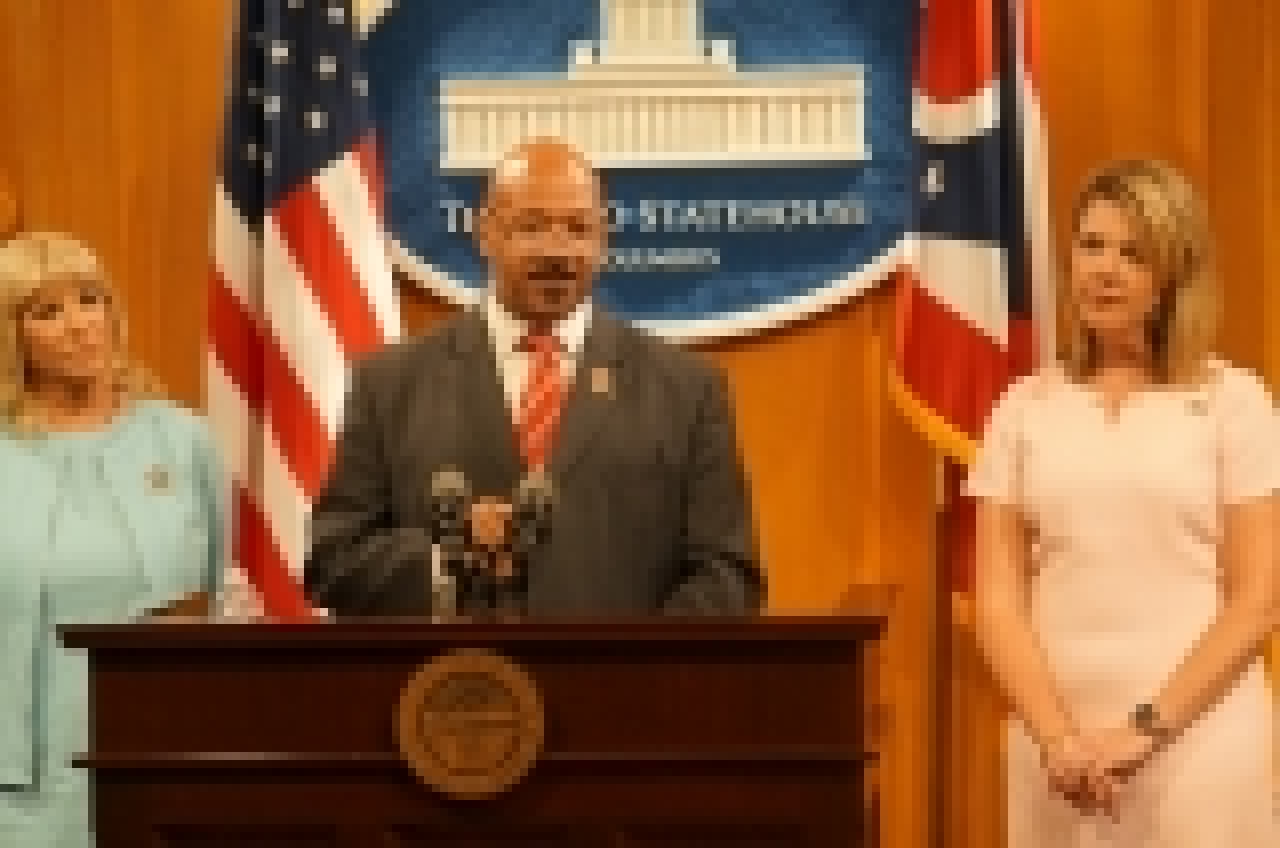 “We know from research that having more diverse boards makes a business stronger,” said Rep. West. “Passing this resolution shows the state is taking the first step in recognizing that increasing gender diversity and equity in corporate leadership would make Ohio a better place to live, work and retire with security. I am proud to be a joint sponsor of this important resolution.”

According to the resolution, women represented 44.3 percent of the labor force in Ohio in 2016, but only represented 20.5 percent of board seats for Fortune 1000 companies headquartered in Ohio. Additionally, this year’s Gender Diversity Index published by 2020 Women on Boards, states that half of companies on the Russell 3000 Index have no women directors or only one woman on their boards.

“Now it is up to our state businesses and boards, but at the same time we need to encourage women to continuously strive for these positions,” said Rep. Carruthers. “Women need to show the determination and strength that they have been born with because, that, will be the greatest reward.”

Research suggests that the presence of women in corporate leadership positions may improve firm performance and that in an increasingly complex global marketplace, the ability to draw on a wide range of viewpoints, backgrounds, skills and experience is critical to a company’s success.

“We’ve already seen that a gender diverse workforce brings significant business benefits, including greater innovation, higher employee retention and satisfaction, more business opportunities, and improved team decision-making,” said Rep. Russo. “It is important that we see those same benefits of diversity reflected in board rooms and executive management.  Besides the tremendous economic benefit, the role-model effect of female leadership is critical for Ohio’s young girls and women and for closing pervasive gender gaps in pay, executive leadership, and elected office.”

The lawmakers were joined by Patti Brammer, Corporate Governance Officer for the Ohio Public Employees Retirement System (OPERS) and Connie Rubin, President of Coming Together Stark County, whose organizations support the resolution and its goal to make meaningful progress on the issue of gender diversity and equity in corporate leadership.

“As a long-term institutional investor, OPERS is focused on increasing shareholder returns,” said Brammer. “Research has shown there’s a positive correlation between gender-diverse boards and lowered governance risk, enhanced decision making and increased shareholder returns. We appreciate the efforts of Representative West and Representative Carruthers to support this important issue."