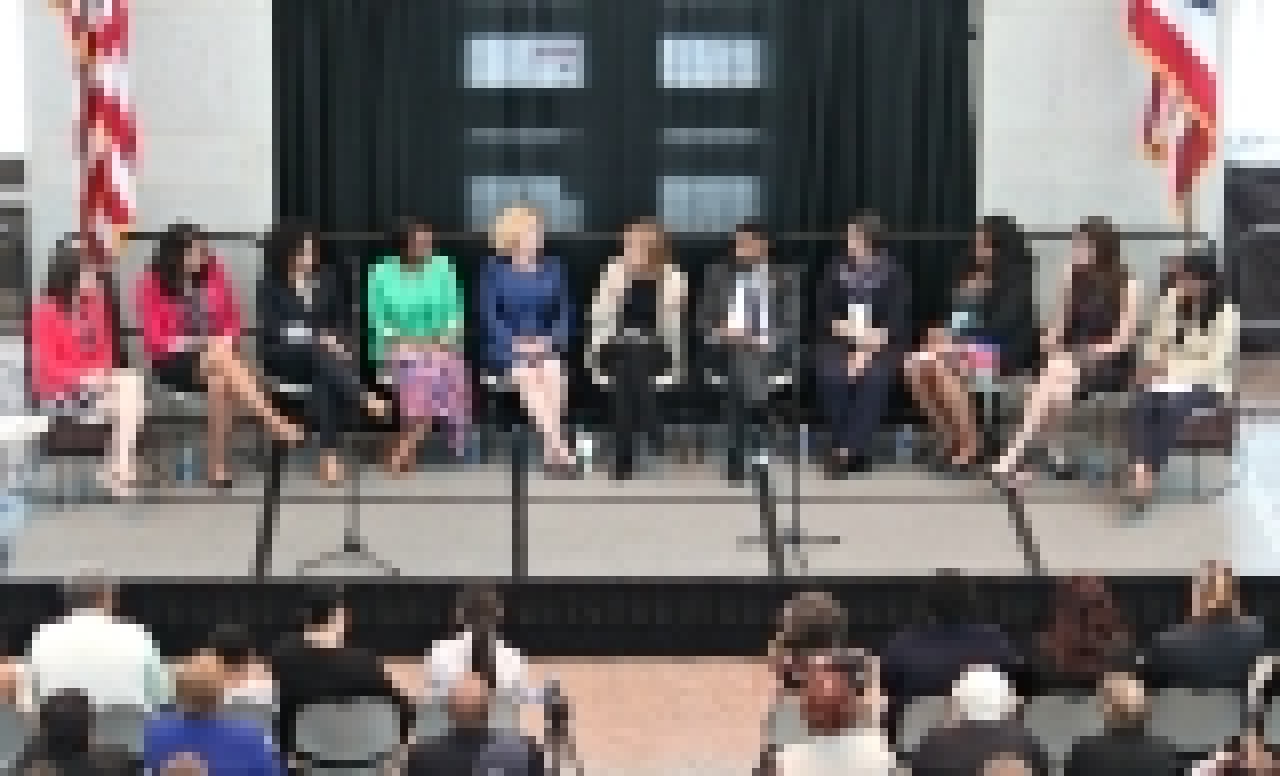 Steinem spent the day in Columbus with members of the OHDWC and took time to meet with staff in the morning.

“At a time when Ohio women are feeling like their voices are not heard in the halls of the Statehouse, Gloria Steinem’s message of gender equality and women’s access to comprehensive healthcare as a fundamental right was inspiring and motivational,” said Rep. Greta Johnson (D-Akron), vice chair of the women’s caucus. “I hope today’s visit will inspire Ohio women to continue the fight for gender equality, from birth to the boardroom.”

“Gloria Steinem has long been a leading voice on issues of gender equality and social justice, and her message is as relevant today in Ohio as it was when she began writing nearly five decades ago,” said Rep. Emilia Sykes (D-Akron), co-policy chair of the women’s caucus. “It was an honor to spend time with her today and talk about the issues facing Ohio women and their families.”

In the evening, the OHDWC is collaborating with Steinem to hold a “Real Talk” public forum in the Statehouse atrium, in which issues of gender equality and the daily challenges faced by Ohio women will be discussed.

“She reminded us today that we must not think of the world in terms of a hierarchy, with rankings above one another, but as an interconnected web,” said House Democratic Whip Nickie J. Antonio (D-Lakewood). “This hierarchical view has allowed government to slowly chip away at women’s reproductive rights and autonomy, affecting their partners, children and families as a whole. I am pleased to have been part of this important discussion today and I hope that we can come together as a society to stop these fundamentally unjust attacks against women and their reproductive freedoms.”

Steinem is the co-founder of Ms. magazine and also helped found New York magazine. As a freelance writer, Steinem has had her work published in Esquire and The New York Times Magazine.

“I have long appreciated Gloria Steinem for her outspoken activism, and for using her voice to light a fire for gender equality in the hearts and minds of women – and men,” said House Minority Leader Fred Strahorn (D-Dayton). “It is a truly special day to be able to welcome her back to her home state of Ohio.”

Steinem has received the Lifetime Achievement in Journalism Award from the Society of Professional Journalists, among many other journalistic achievement awards.