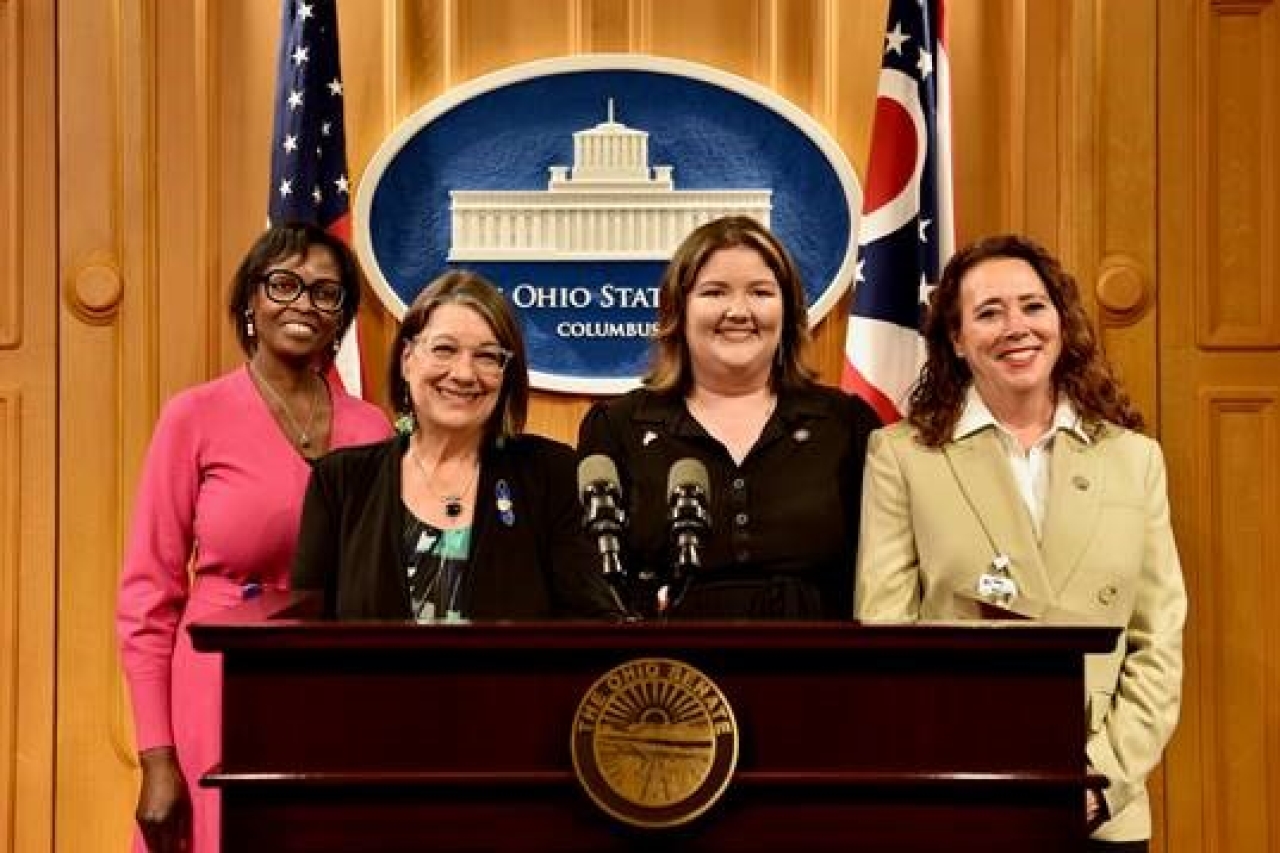 “As a survivor of sexual violence and abuse, I know firsthand what it is like to have control of your body ripped away from you. It is a complete violation of your freedom and your autonomy,” said Rep. Miranda. “We aren’t truly free unless we can control our own bodies, lives and futures. That’s why I’m sponsoring this amendment to guarantee all Ohioans the freedom to make our own decisions about our reproductive healthcare.”

“One of the cornerstones of our democracy is the concept of personal freedom and liberty. As Americans, we celebrate the fact that we have the right to make our own private, personal decisions for ourselves and our families, which includes making the difficult decision to have an abortion,” Sen. Antonio said. “There simply isn’t space for the Ohio General Assembly to insert themselves into the personal private healthcare decisions of Ohioans. Our proposed amendment will enshrine reproductive rights into our state's constitution and end the ongoing assault on reproductive rights.”

The proposed constitutional amendment follows a leaked draft ruling from the Supreme Court indicating that the conservative majority will strike down Roe v. Wade in the coming months. The leaked opinion, which is not a final decision by the Court, presents a reversal on 50-year protections for safe and legal access to abortion in the United States.

“For years, Republicans have made it their top priority to ban abortion and take away a woman’s freedom to make the healthcare decisions that are best for them. Republicans want to force their extreme political views on Ohioans to control us,” said Rep. Lepore-Hagan. “That is why my Democratic colleagues and I will empower Ohioans by introducing an amendment to protect the freedom to make your own personal healthcare decisions.”

“It is important that we maintain access to safe and legal healthcare options for Ohioans, and empower them to make decisions concerning their health,“ said Sen. Williams. “People should have the freedom to make healthcare decisions based on consultations with their doctors, not by state ruling.”

Over 60% of Ohioans agree with the Roe v. Wade decision to allow access to abortion. Despite this, Ohio Republicans continue to prioritize legislation to ban abortion, including the 6-week abortion ban signed into law by Gov. DeWine in 2019. House Bill 598 and Senate Bill 123 are current pieces of legislation that would completely ban abortion in Ohio without any exceptions for rape, incest or to protect the health of the mother.

Constitutional amendments, when proposed by members of the Ohio General Assembly, require a three-fifths vote. Once passed by both the Ohio House and Senate, the language is filed with the Secretary of State. It must be received 90 days before an election before it is then placed on the ballot for Ohioans to approve or reject.