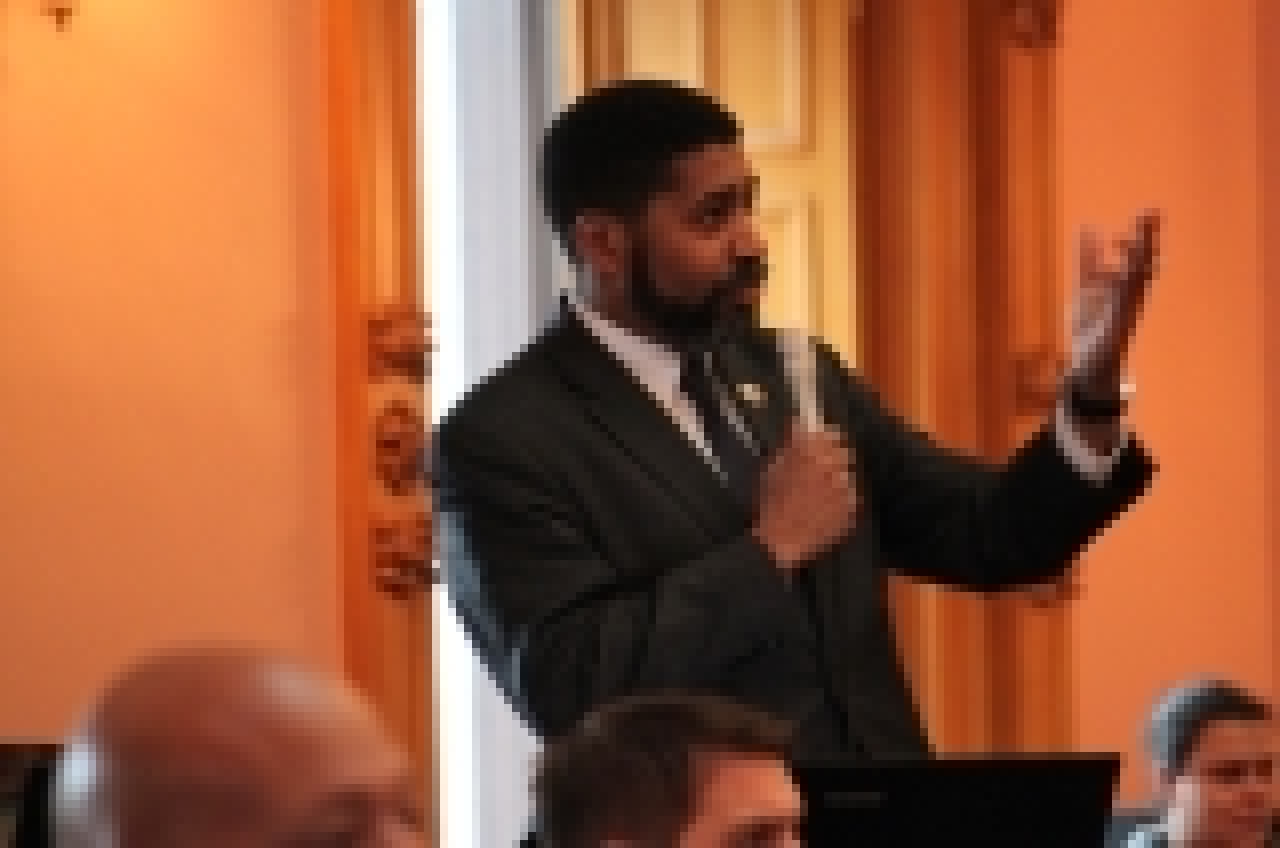 As the nation marks the seventh anniversary of the passage of the Affordable Care Act today, Ohio House Democratic lawmakers today spoke out against the GOP’s current efforts to decimate the landmark healthcare reform law that has expanded coverage to roughly 20 million Americans and reduced the country’s uninsured rate to an all-time low.

“After seven years of hearing partisan attacks against the Affordable Health Care Act and promises of a better way forward, it’s clear today that the American people have been misled,” said House Democratic Leader Fred Strahorn (D-Dayton). “Not only does Trumpcare threaten economic growth and increase costs for families, seniors and individuals, but it will have life-or-death consequences, forcing families to choose between paying for medical coverage and keeping a roof over their heads or saving for their future.”

According to the nonpartisan Congressional Budget Office, 24 million fewer Americans will have access to affordable healthcare under the initial Trumpcare proposal. Ohio stands to lose some $26 billion in federal healthcare funding, while one out of four Ohioans will see reduced healthcare eligibility and services. Meanwhile, the original Trumpcare proposal will actually increase overall healthcare costs for the average Ohio enrollee by nearly $3,000, and by over $5,000 for older Ohio enrollees in 2020.

“I believe that healthcare is a right for all Americans, not a privilege for the few,” said House Democratic Whip Nickie J. Antonio (D-Lakewood). “The plan to take away healthcare is a prescription for disaster and will make our country sick again.”

Unveiled in March, the Trumpcare legislation reverses the expansion of Medicaid, reduces tax credits available to middle-class families and revises the ACA’s requirement that larger employers must offer health coverage to full-time employees. The plan also provides wealthy individuals who earn more than $774,000 a year a tax break of up to $197,000.

“Healthcare is not a political issue—it is a human issue,” said House Democratic Assistant Whip Emilia Strong Sykes (D-Akron). “Republicans are playing with people’s lives just to add to their scorecard. This is a dangerous game, and it goes against everything we stand for as policymakers and elected representatives. People can’t afford to pay more for less healthcare, and they certainly can’t afford to pay with their lives.”

The U.S. House of Representatives is expected to vote to repeal the ACA and pass Trumpcare today.

Here are what other Democratic lawmakers are saying about the Affordable Care Act:

“As a social worker, I have spent years helping families and seniors gain access to high quality healthcare on a community level and learning the needs of my neighbors. That is why I am so strongly opposed to Trumpcare. Ohio already leads the nation in opiate deaths and black infant mortality, and comes up short in health outcomes. We can’t afford limited access to care at unaffordable prices as Trumpcare is suggesting. I cannot sit back quietly and watch Republicans in Washington pass a plan that we know will hurt people who are already suffering. As the most advanced society in the world we have a duty to ensure the American people have affordable access to lifesaving healthcare.” —Rep. Thomas E. West (D-Canton)

“Undoing affordable access to healthcare jeopardizes the health and financial stability of working and middle class families and our most vulnerable citizens – our children. The most prosperous nation in the world should afford its citizens a basic level of stability through affordable healthcare to ensure Americans can hold a job and meet their financial obligations without mortgaging their family’s future.” —Rep. Hearcel Craig (D-Columbus)