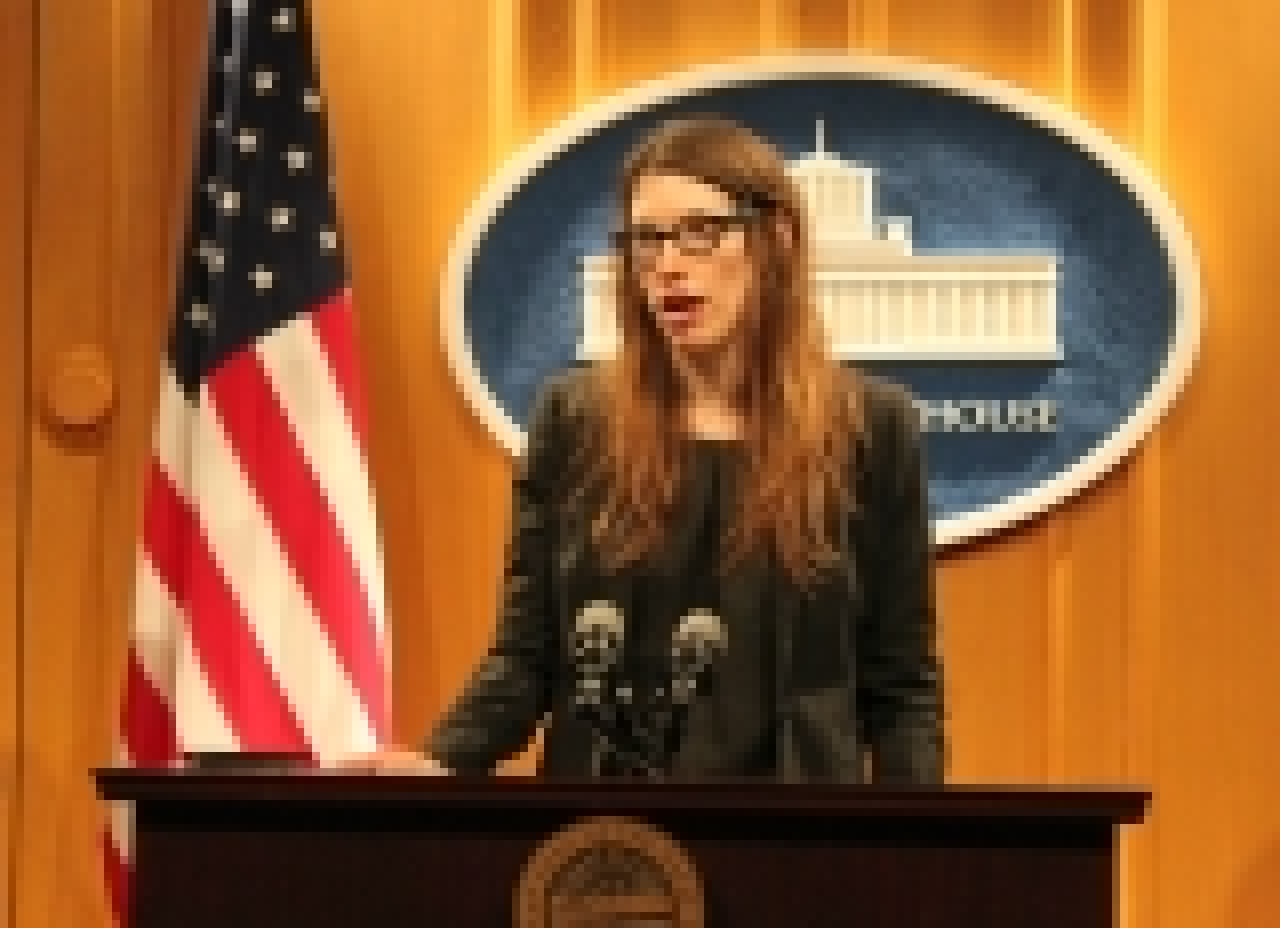 State Rep. Kathleen Clyde (D-Kent) today announced the introduction of House Bill 14, legislation that would enact Automatic Voter Registration in Ohio. This system will require that eligible Ohioans in state and school databases be automatically registered to vote and have their registrations automatically updated unless they choose to opt out. Automatic voter registration could potentially add over 1 million eligible voters to Ohio’s voter rolls.

Camille Wimbish, director of the Ohio Voter Rights Coalition, joined Rep. Clyde at today’s introduction. “The Ohio Voter Rights Coalition is pleased to support this automatic voter registration bill because it will make the registration process more accurate, efficient and convenient for election officials and voters alike,” said Wimbish. “This reform is a win-win because it modernizes our election system and removes unnecessary barriers to the ballot box.”

The Automatic Voter Registration legislation will do the following:

-          Automatically register to vote all Ohioans with a drivers’ license or state ID.

-          Automatically register to vote all Ohioans who interact with Jobs and Family Services offices and other agencies designated by the federal Motor Voter law.

-          Automatically register to vote all Ohio high school students who are eligible to vote.

-          Expand online voter registration to all eligible Ohioans, not just those with a photo ID.

Rep. Clyde currently serves as Ranking Member on the House Government Oversight and Accountability Committee, which hears elections and voting rights bills. She was recently named Legislator of the Year by Ohio election officials for her voting rights efforts, including challenging Secretary Husted’s aggressive voter purge and leading the effort to restore the voting rights of 17-year-olds during the primary.