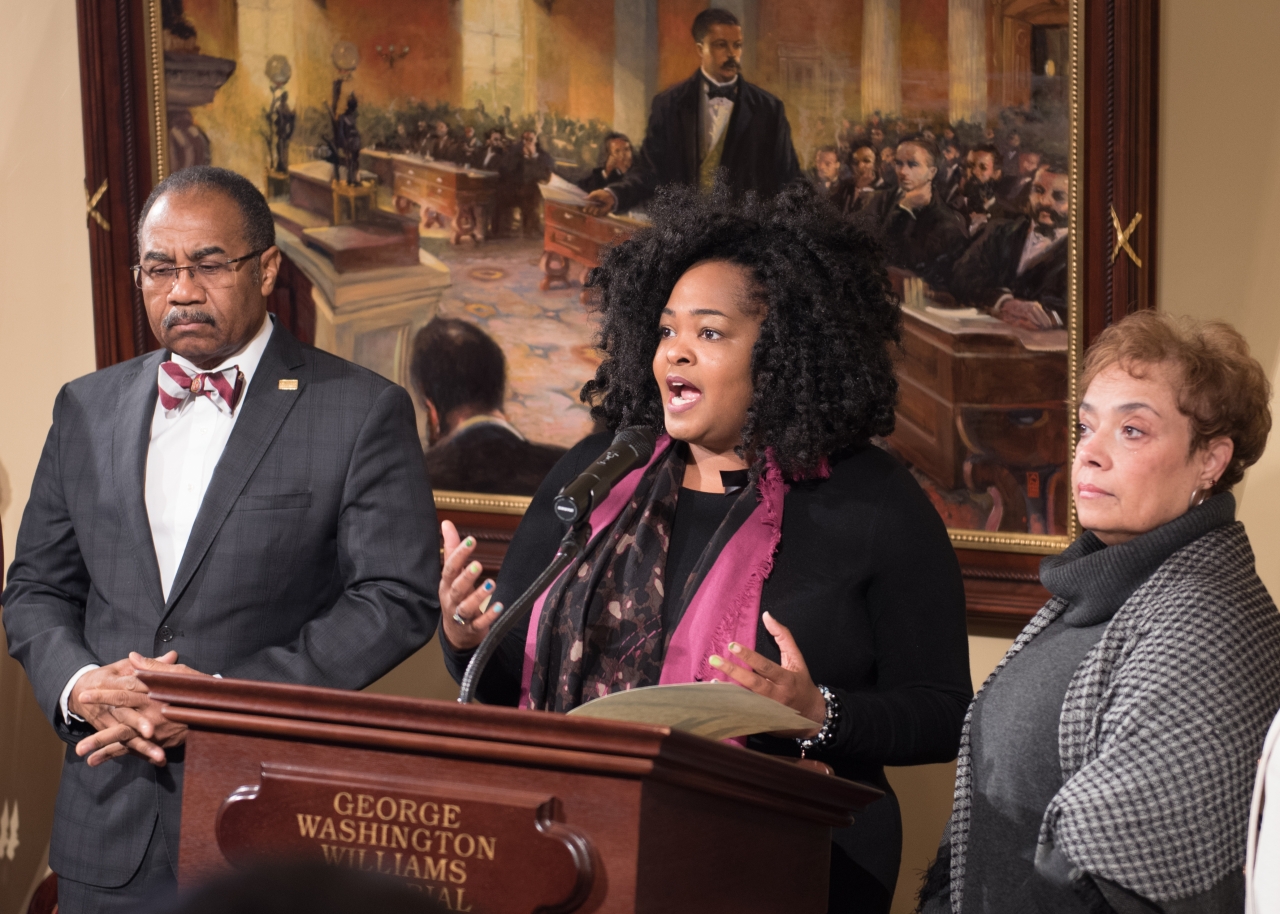 “2019 marks 400 years of African Americans in America,” said Senator Tavares. “We faced a brutal beginning and have had challenges along the way. We have built America and her companies, historic buildings and economies, but we have not yet seen justice and equality for all. Our story in America, and more specifically in Ohio, needs to be researched to determine where we have made progress and the challenges we have to overcome in order to advance.”

The lawmakers’ bill would create a committee to review the contributions and achievements of the Black community in Ohio. The group will also look at issues such as housing, transportation, health, education, employment, environment and businesses development and offer recommendations for addressing persistent challenges.

“Without an honest conversation about the issues and challenges African Americans disproportionately face in our state, all Ohioans risk falling further behind,” said Rep. Howse, who also serves as the president of the Ohio Legislative Black Caucus (OLBC). “We won’t grow our economy or create more opportunity if a significant population of Ohioans are left to fend for themselves. Ohio succeeds when African Americans succeed.”

The proposed committee would consist of 30 members appointed by the Governor and the majority and minority caucuses of the legislature. Members would be representative of the Ohio History Connection, the National Museum of Afro-American History and Culture and public and private research institutions in Ohio.

The bill will soon be assigned to committee for further consideration. However, with less than a month left before the end of the current General Assembly, it is expected that the measure will be re-introduced early next year.

“Our state is stronger when we work together to solve problems that disproportionately impact certain segments of our population,” said Rep. Sykes, who serves as OLBC’s secretary. “Too often, lawmakers hyperfocus on new laws that only work in small pockets of our state but that create greater challenges for more Ohioans – especially African Americans – in the long run. By seriously examining who we are and what we’re doing as a state, we can grow jobs, strengthen healthcare and ensure all Ohioans have the tools they need for a better life.”

The lawmakers introduced the bill to mark the 400th anniversary of the first documented arrival of African slaves to America. About 20 African slaves were brought to Virginia, then a British colony, in 1619. They crossed the sea aboard the White Lion, a Dutch ship that landed in Point Comfort, and were then traded for food.