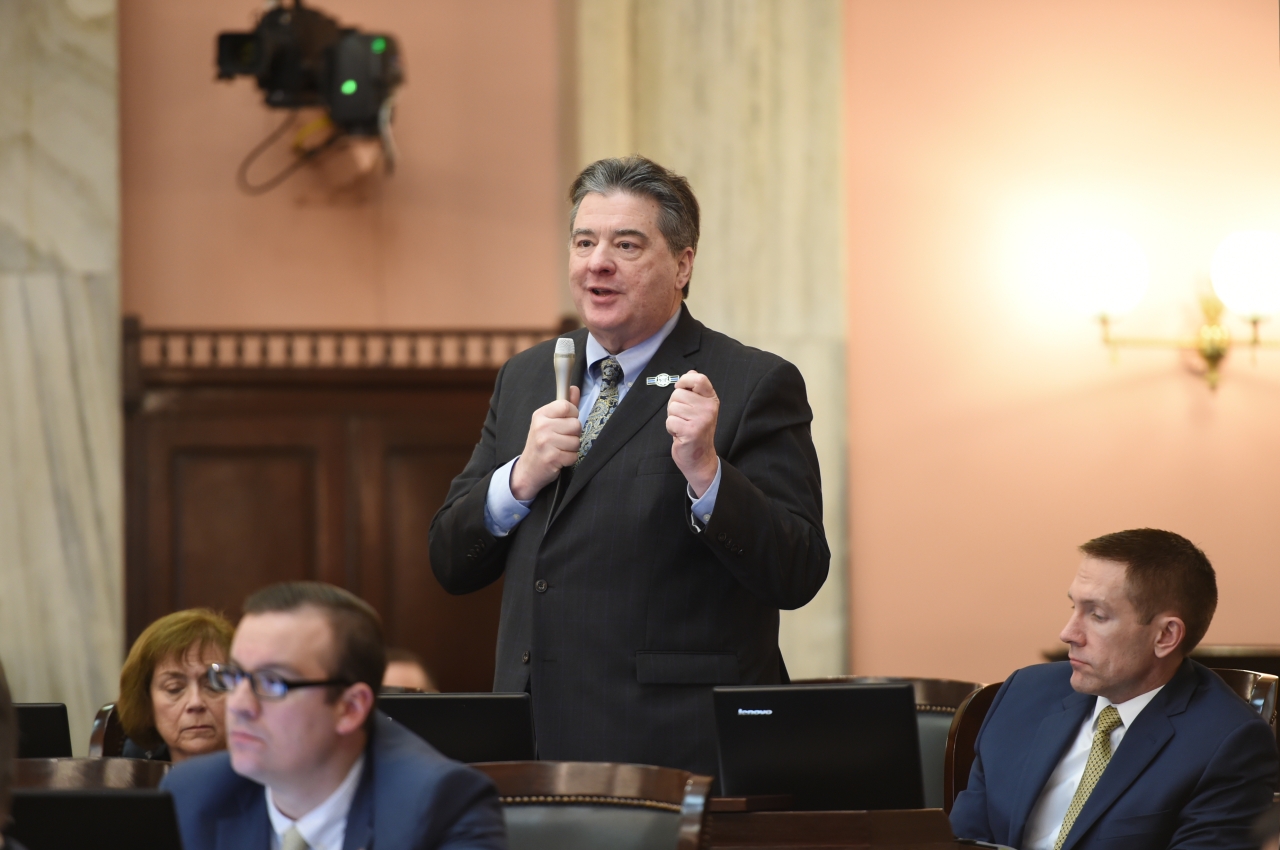 The Ohio House passed State Rep. Tom Patton’s (R-Strongsville) House Bill 308, which allows peace officers, firefighters, and emergency medical workers who have PTSD due to employment to be eligible for compensation and benefits regardless if they already suffer from an accompanying injury or not.

Additionally, the legislation clarifies that claimants will not be able to receive benefits from the Workers’ Compensation Law for PTSD while simultaneously receiving disability benefits from a state retirement system for that injury.

During Patton’s House floor testimony, the representative indicated that the 2013 Supreme Court of Ohio determined that an individual seeking workers’ compensation for a PTSD claim was ineligible to receive those benefits if they did not have a compensable physical injury that caused their PTSD.

“While I greatly respect and admire the legal judgment and knowledge of our Supreme Court, I believe that this verdict could have unintended consequences for police officers, firefighters, and emergency medical workers in our communities who have witnessed horrible traumatic events that can potentially leave them mentally scarred,” said Patton on the House floor.

Several groups have come to the Statehouse to testify in support of House Bill 308 during its time in committee including: Ohio Association of Professional Fire Fighters, Ohio State Medical Association, Columbus Fire Fighters IAFF Local 67, and Fraternal Order of Police of Ohio.

“I’ve had discussions with many police officers, firefighters, and EMS workers about this issue since I started working on this around eight years ago,” said Patton. “Based off their personal experiences and viewpoints of their respective organizations, it’s definitely an issue I believe is absolutely necessary.”

Recently, it was reported that a young Cleveland police officer tragically took her own life only 24 hours after witnessing a gruesome crime scene.

“Our brave first responders deserve to have PTSD illnesses treated under our law, even though the law does consider them comparable to a physical injury,” said Patton. “Making this change will ensure the much-needed relief for first responders who have served the public and suffer from PTSD as a result of performing their duties.”

Several other states have adopted similar legislation. In Connecticut, a police officer was even almost fired due to using accumulated sick and workers’ compensation time as he suffered from PTSD after his response to the shootings at Sandy Hook elementary.