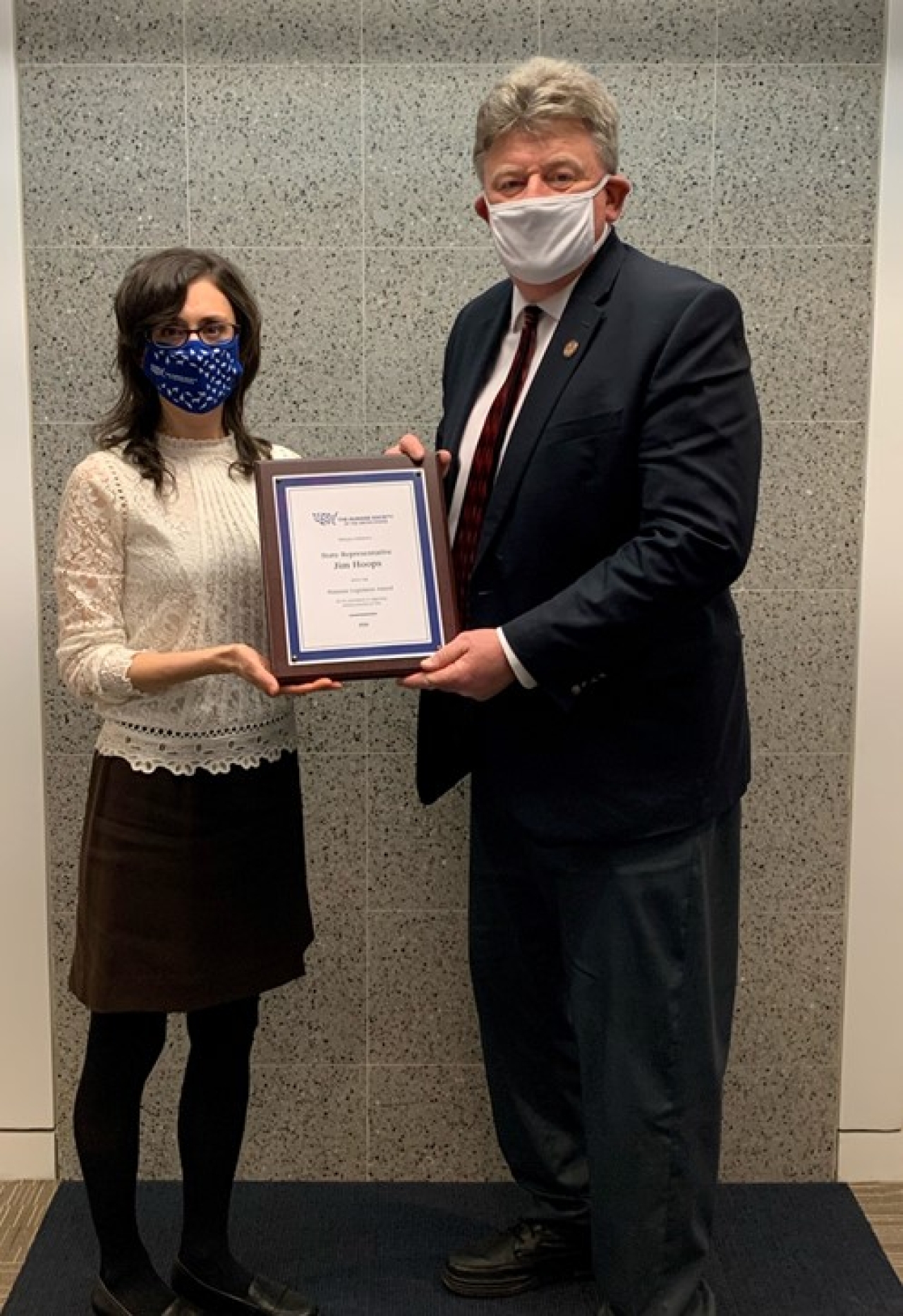 State Rep. Jim Hoops (R-Napoleon) has received the “Humane Legislator Award” by the Humane Society of the United States. The representative was recognized for his commitment to supporting animal protections within Ohio.

“I’m very honored to be given this award by the Humane Society,” said Hoops. “I’m thankful for their generosity and encouragement as we continue working to ensure animal protections across our great state.”

During the previous General Assembly, Hoops introduced House Bill 350, which proposed enacting animal fighting and bestiality laws. The House Criminal Justice Committee held four hearings with many supporters that gave testimony on the legislation. The bill was passed within the committee by a unanimous vote.

Along with the Humane Society of the U.S., organizations listed as proponents of the legislation during the committee process included the Animal Welfare Institute, Ohio Animal Welfare Federation, Ohio Veterinary Medical Association, and several others.

Hoops was presented the award earlier this week by Corey Roscoe, the Ohio Senior State Director of State Affairs for the Humane Society.

“Ohioans have good reason to be proud that Rep. Jim Hoops led efforts to restore important animal protection laws in all counties in the state by authoring legislation to address these concerns,” said Corey Roscoe. “We are pleased to honor him with this award and thank him for his leadership.”