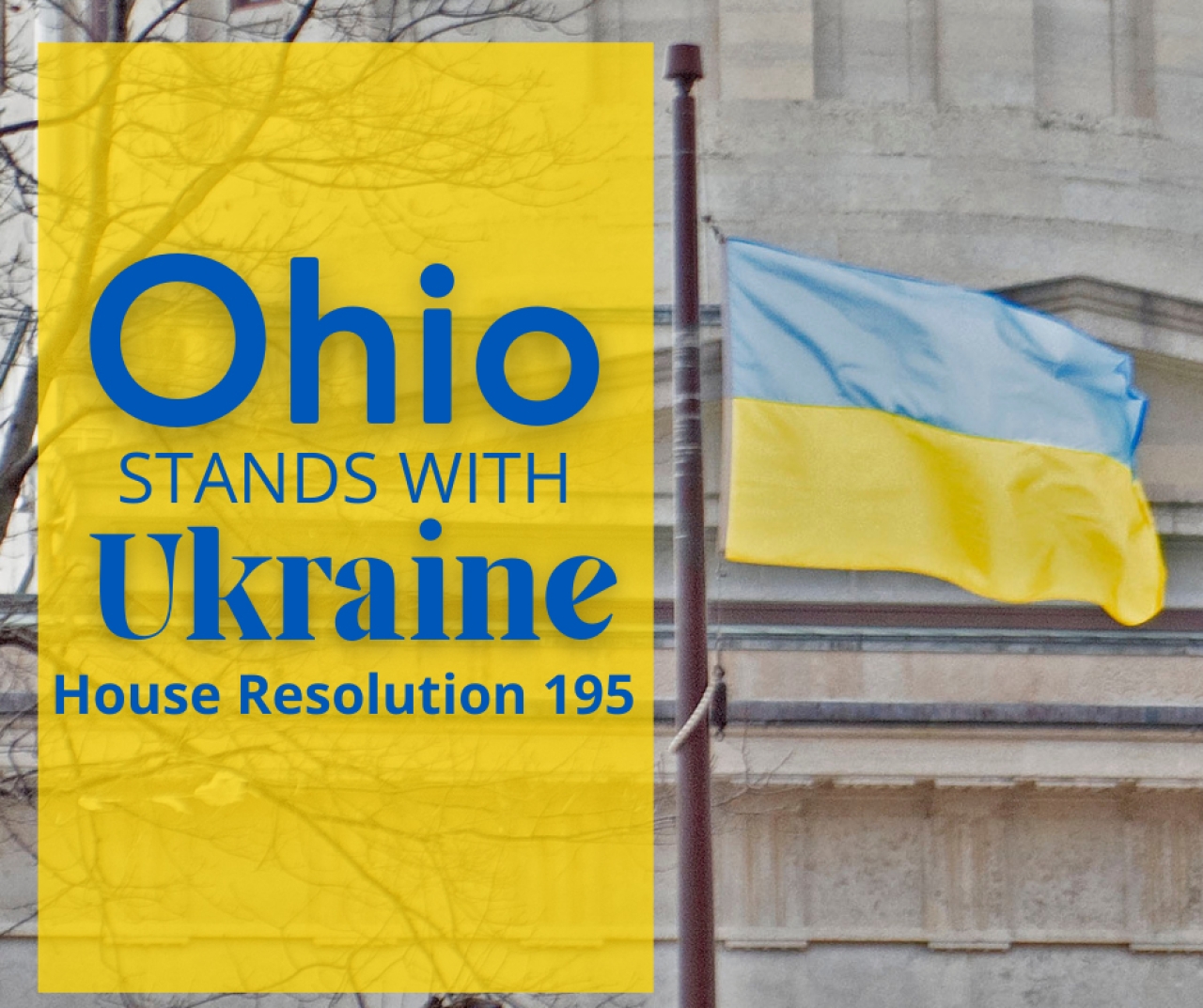 On Feb. 24 Russian President Vladmir Putin launched a full-scale invasion on neighboring Ukraine that has led to thousands of killed or injured Ukrainians.

“The Russian Federation’s recent invasion of Ukraine is a shocking and saddening violation of Ukrainian sovereignty and represents a grave threat to freedom in Eastern Europe,” said Roemer. “This act must be met with swift condemnation from Americans.”

Ohio has a strong connection to Ukraine, with a population of more than 42,000 Ukrainian immigrants or descendants of, according to the 2019 United State Census Bureau’s American Community Survey.

The largest population of Ohio Ukrainians lives in the northeast Ohio city of Parma, Roemer’s birthplace. The city has a population of more than 4,000 individuals with Ukrainian ancestry.

“We stand with all Ukrainians in defense of their autonomy and against the horrific acts of war being waged against them,” said White.  “And we unite with all Ohio Ukrainian-Americans in praying for their loved ones as they watch with deep concern for their friends and families back in Ukraine.”

In a show of support, Ohio Governor Mike DeWine ordered the Ohio Division of Liquor Control (DOLC) to suspend the purchase and sale of all Russian Standard Vodka.

The vodka, sold under the name of Green Mark Vodka or Russian Standard Vodka, is sold by a Russian-owned distillery at 487 liquor agencies across the state. There are approximately 6,400 bottles of the vodka currently on sale, according to the Ohio Department of Commerce.

The DOLC has directed all retailers to immediately pull the vodka from their shelves.