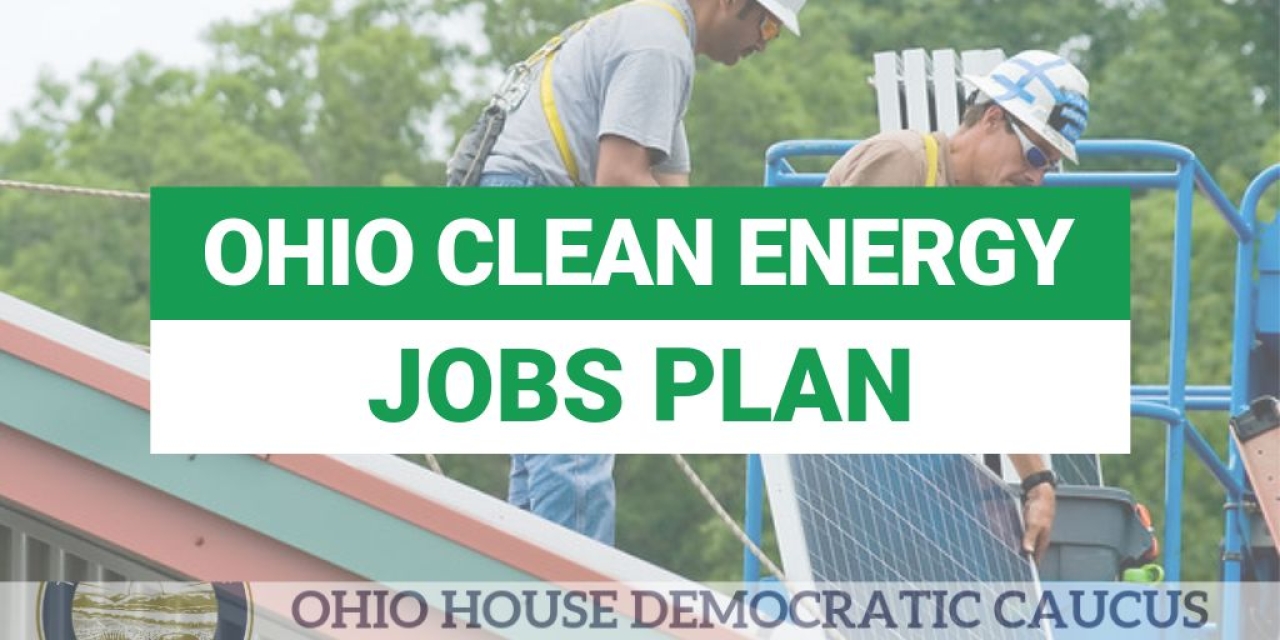 “For generations, Ohio led the nation in manufacturing, building the strongest middle class the world had ever seen,” said Democratic Leader Emilia Strong Sykes (D-Akron). “The Ohio Clean Energy Jobs plan restores that promise of better jobs and brighter futures, and gives the next generation of Ohio workers the opportunity to lead again—in advanced, clean energy jobs that will power our state into the future.”

“The Ohio Clean Energy Jobs plan is a bold blueprint for our energy future that welcomes the kind of innovation that will grow our economy, drive job creation and restore the promise of better jobs and brighter futures for working people and families,” said Assistant Minority Leader Rep. Kristin Boggs (D-Columbus).

The plan would re-envision and modernize Ohio’s AES to support nuclear technology as part of the state’s energy future and create Advanced Energy Credits to maintain a 15 percent baseline generation capacity from emissions-free nuclear power.

“This plan protects current workers and ensures no community is left behind in our all-of-the-above approach,” said Assistant Minority Whip Rep. Paula Hicks-Hudson (D-Toledo). “By guaranteeing we Buy Ohio energy – not out of state generation – we’re keeping more money in our local community and keeping thousands of Ohio workers on the job.”

According to Ohio energy grid operator PJM, without the Davis-Besse and Perry nuclear plants, Ohio would have to subsidize in-state energy use by purchasing electricity generated out-of-state, often times from dirtier sources.

“Strengthening our commitment to energy efficiency and emerging industries will make our economy more attractive and competitive on a national level,” said Rep. Sedrick Denson (D-Cincinnati), the lead Democrat on the Energy and Natural Resources Committee. “The Ohio Clean Energy Jobs plan is a great first step to renew our state’s fundamental promise as an opportunity state.”

“An energy portfolio that contains a mix of nuclear and clean, renewable sources is essential to Ohio’s ability to compete on a national level for skilled workers, entrepreneurs and innovators looking for a place to live, raise a family and start a business,” said Rep. Casey Weinstein (D-Hudson). “Our plan is a real win for both consumers and workers.”

Other parts of the plan would optimize savings for Ohio consumers through commonsense energy efficiency standards reforms, including expanding weatherization programs for low-income Ohioans.

“Walking back clean energy and efficiency standards now would threaten jobs and put our economic future at risk,” said Rep. David Leland (D-Columbus). “The Ohio Clean Energy Jobs plan is a real, sustainable alternative to expand Ohio’s energy portfolio, benefit consumers and expand opportunity for working people in our state. We look forward to working with the Speaker and our colleagues on the other side of the aisle to get this right.”

The proposal would also create training programs for jobs in growing clean energy fields. Ohio currently ranks among the top states in the region for clean energy jobs, with more than 112,000 Ohioans working as sheet metal workers, home weatherization installers, technicians, engineers and other professions within the sector.