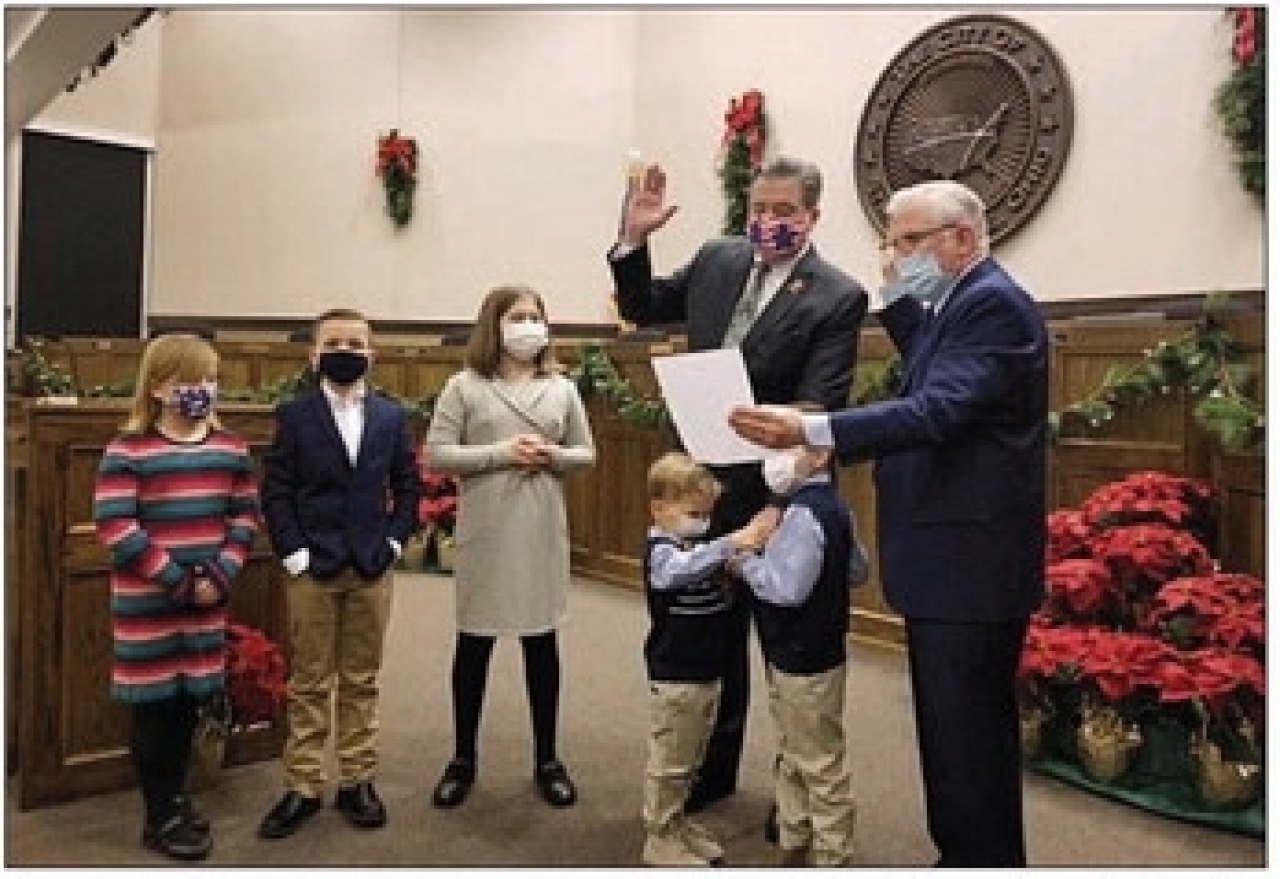 STRONGSVILLE – State Rep. Tom Patton (R-Strongsville) was locally swornin as the state representative for the 7th Ohio House District this past week. The district encompasses portions of Cuyahoga County and includes his hometown of Strongsville. Patton participated in a private swearing-in ceremony at Strongsville City Hall on Sunday afternoon.

“In keeping with tradition, it’s an honor and privilege to be sworn-in right here in the 7th House District at Strongsville City Hall,” said Patton.

Patton noted that this keeps in with family tradition, as a member of the Patton family gets to hold the Bible at the swearing-in event. For this occasion, Patton’s grandsons Patrick and Danny had the opportunity to hold the Bible. Due to COVID-19 restrictions, family attendance and participation was not permitted at the official opening day at the Statehouse. The local Strongsville ceremony allowed for this Patton family tradition to continue.

Prior to his third term in office that begins today, Patton previously served as state representative and state senator before returning to the House in 2016.

“I would like to give a big thank you to Strongsville Mayor Thomas Perciak for helping with the ceremony and am very appreciative that my family could be a part of this even during this pandemic,” said Patton.