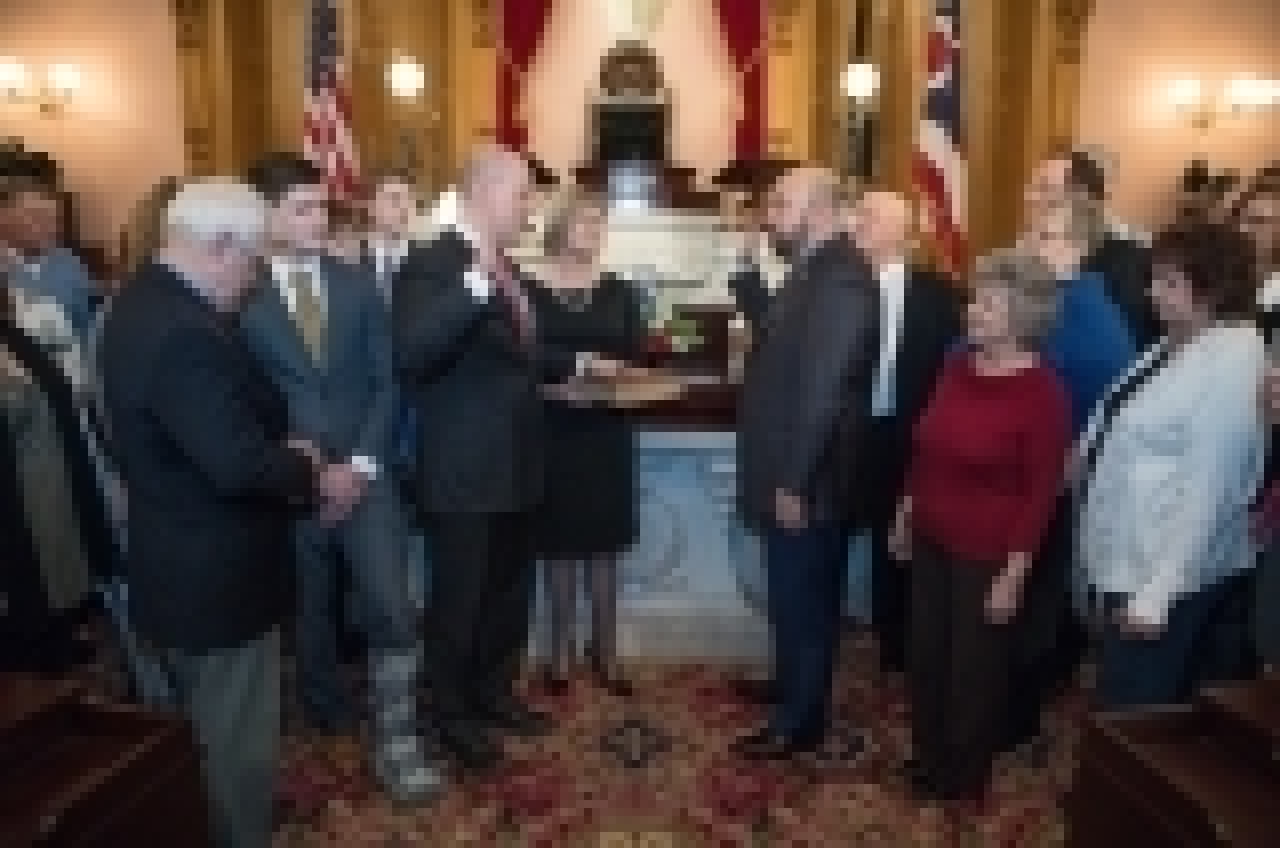 State Representative Scott Wiggam (R-Wooster) was sworn in yesterday as a member of the Ohio House of Representatives for the 132nd General Assembly. He represents the 1st Ohio House District, which encompasses all of Wayne County.

“Yesterday’s ceremony marked the beginning of a General Assembly focused on promoting fiscally-responsible legislation and combatting the opioid crisis throughout our great state,” said Rep. Wiggam. “During my time as a Wayne County Commissioner, I understand the importance of planning for financial solvency.  I look forward to working with my fellow House colleagues on the upcoming budget to ensure the state is a responsible steward of tax dollars and that Ohio continues to be a model for the rest of the union.”

Representative Wiggam received a bachelor’s degree from Asbury College and a master’s degree in Political Science from the University of Akron. He also served a four year, active duty tour in the United States Air Force and was honored with an Air Force Commendation Medal for meritorious service.

A three term Wayne County Commissioner, Representative Wiggam worked toward a limited, more effective local government and fulfilled his promises to the people of Wayne County through economic development initiatives, pro-agricultural policies, and conservative values. Prior to his tenure as commissioner, Representative Wiggam owned and operated a restaurant with 20 employees.

Representative Wiggam and his wife Katie reside in Wooster with their three children: George, Calvin, and Lauren.