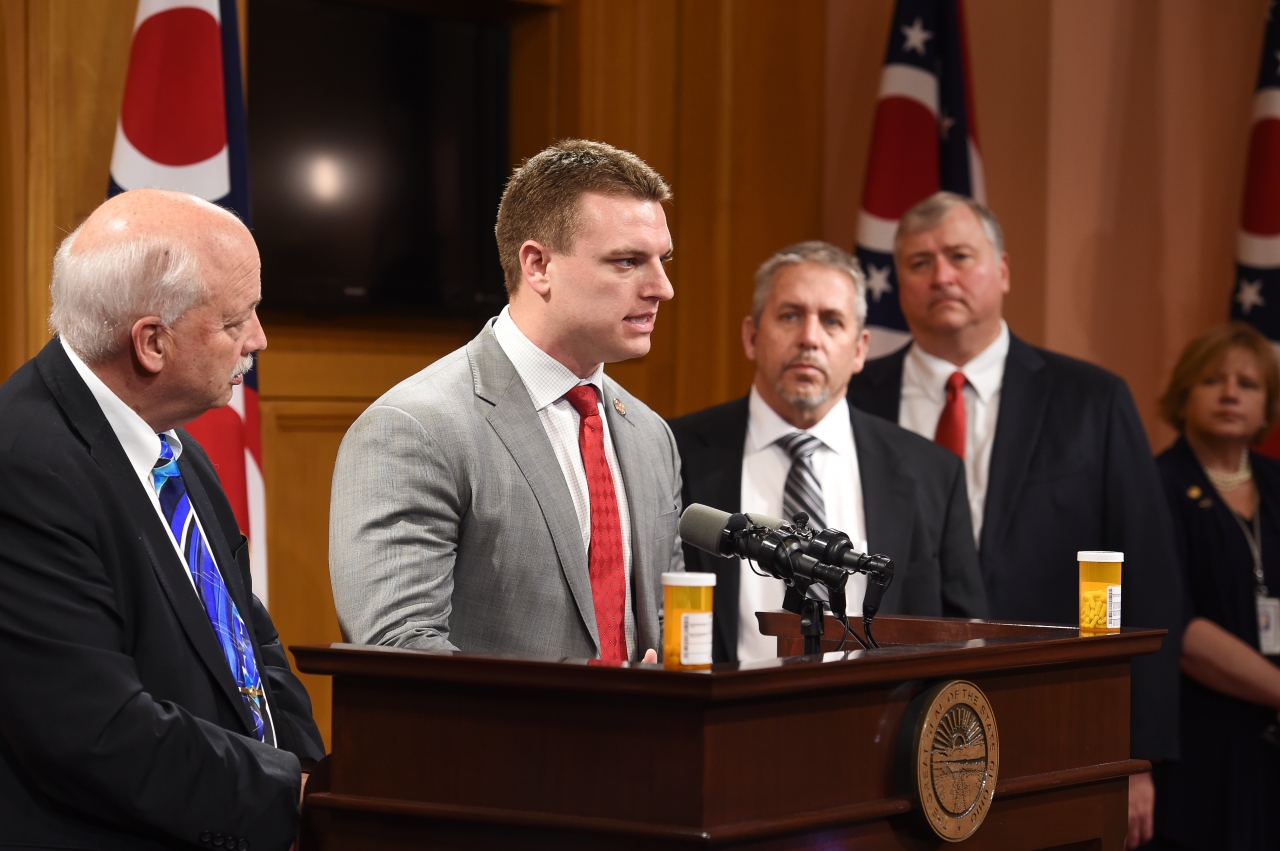 House Bill 167, known as Daniel’s Law, works to cut back on opioid overprescribing by limiting the dosage physicians can prescribe, encourages the use of “step down” programs, and offers privacy for addicted individuals as they try to move forward beyond addiction through an online Intensive Outpatient Education program.

“Ohio is leading on the wrong end of the fight against opiate addiction and overdose,” Rep. Edwards said. “This legislation is a big step in reducing the overflow of opioids hitting the market, while also expanding treatment opportunities to combat addiction.”

The bill is named for Daniel Weidle of Germantown, who tragically passed away from an overdose in 2015 after battling addiction for years. His father, Scott, has made it his mission to share Daniel’s story in the hopes of educating others about addiction. He spoke at the press conference as well, outlining the need for this legislation in Ohio.

This measure joins other efforts by the Ohio House to stop the scourge of drug addiction in the state. Over the last several years, the House Republican Caucus has worked to increase resources, shut down pill mills, streamline the state’s OARRS (Ohio Automated Rx Reporting System) and provide treatment options for the addicted.

To view the press conference, please go to this link: https://www.ohiochannel.org/video/press-conference-battle-against-drug-epidemic.