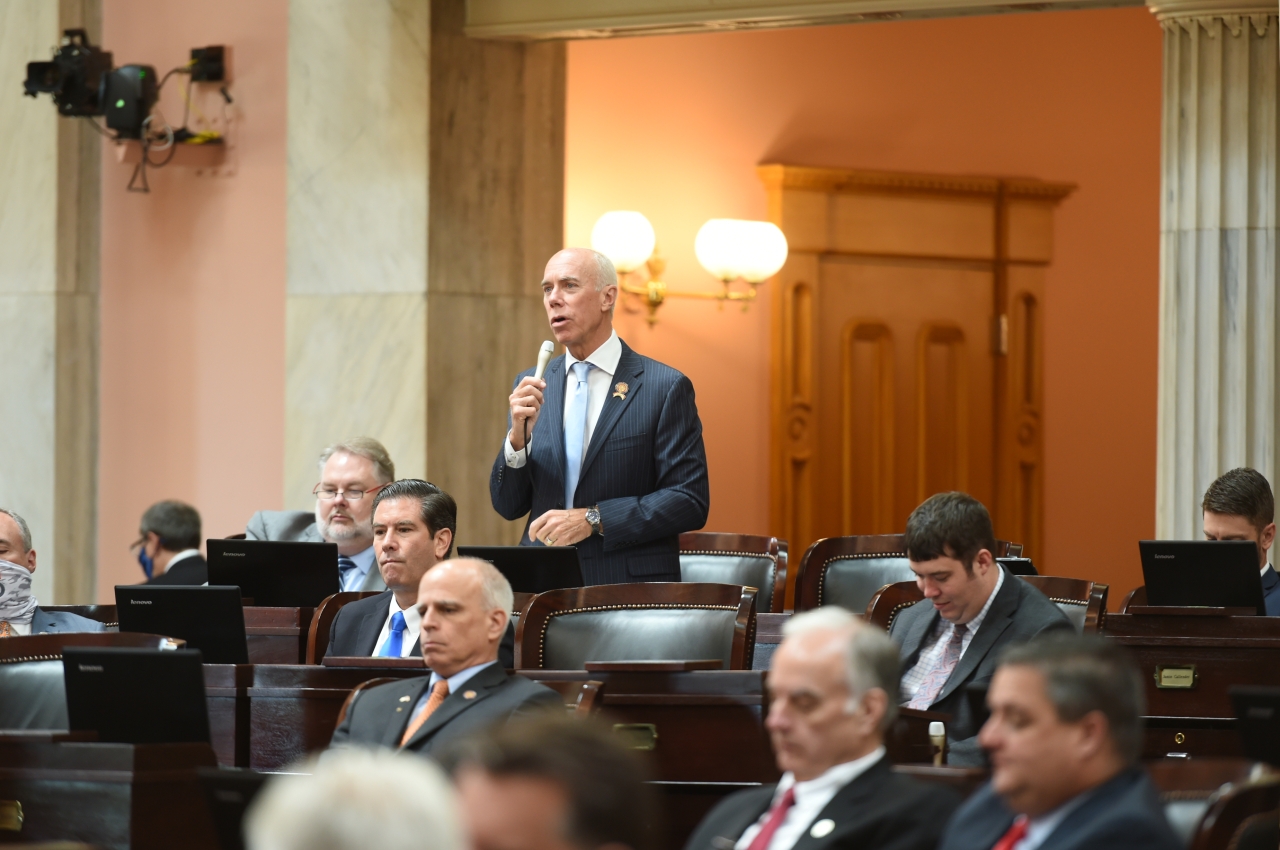 State Rep. Tim Ginter (R-Salem) announces that House Bill 164, known as the Student Religious Liberties Act, was signed into law today by the Governor. The legislation protects prayer and religious expression in public schools and provides for certain funding to schools.

Ginter spoke on the bill last week when the Ohio House passed House Bill 164 in a near-unanimous vote.

“I’m grateful seeing this important bill regarding expression, which is protected by our First Amendment, become law in Ohio,” said Ginter. “This will ensure students’ rights at a public school to engage in religious expression in the same way students can participate in secular activities.”

The Student Religious Liberties Act had four committee hearings and gained over 60 cosponsors within both legislative chambers, and during the committee process, the body heard from a dozen proponents of the bill. The Citizens for Community Values were one of those organizations that submitted supporting testimony on the legislation.

“Ohio was founded upon the ideals of religion, morality, and education,” said Aaron Baer, President of Citizens for Community Values. “The Student Religious Liberties Act safeguards the promise of religious freedom to all students in public schools.”