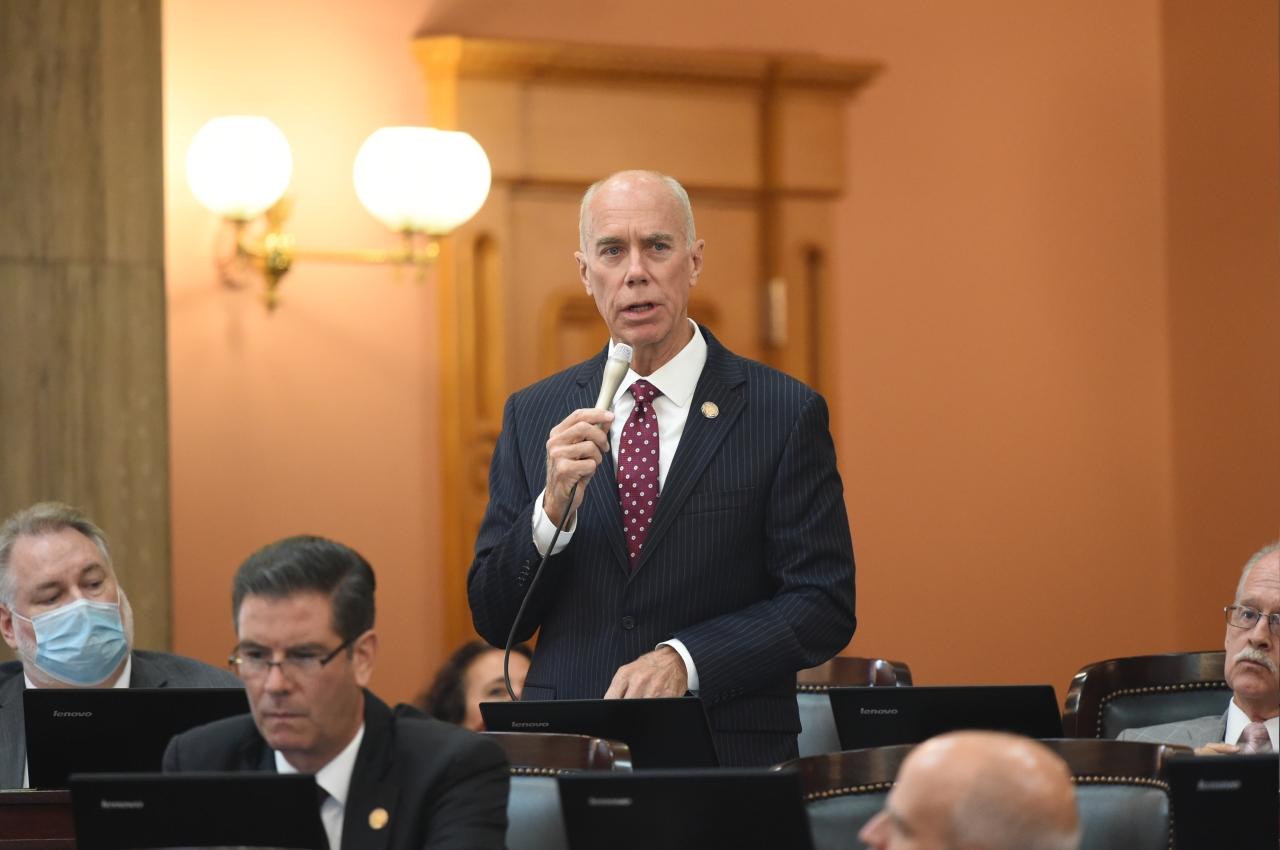 Ginter spoke to the bill on the House floor today.

Last year, the transportation budget legislation, under House Bill 62, that became law contained an error in language that required communities with traffic cameras to report to the state the fine money generated, and that amount would then be deducted from the community’s annual state LGF allocation if the fines exceeded the LGF allocations received by the communities from the cameras.

Specifically, Ginter’s amendment would fix the problem by:

The amendment contains an emergency measure and would become effective immediately if signed into law.