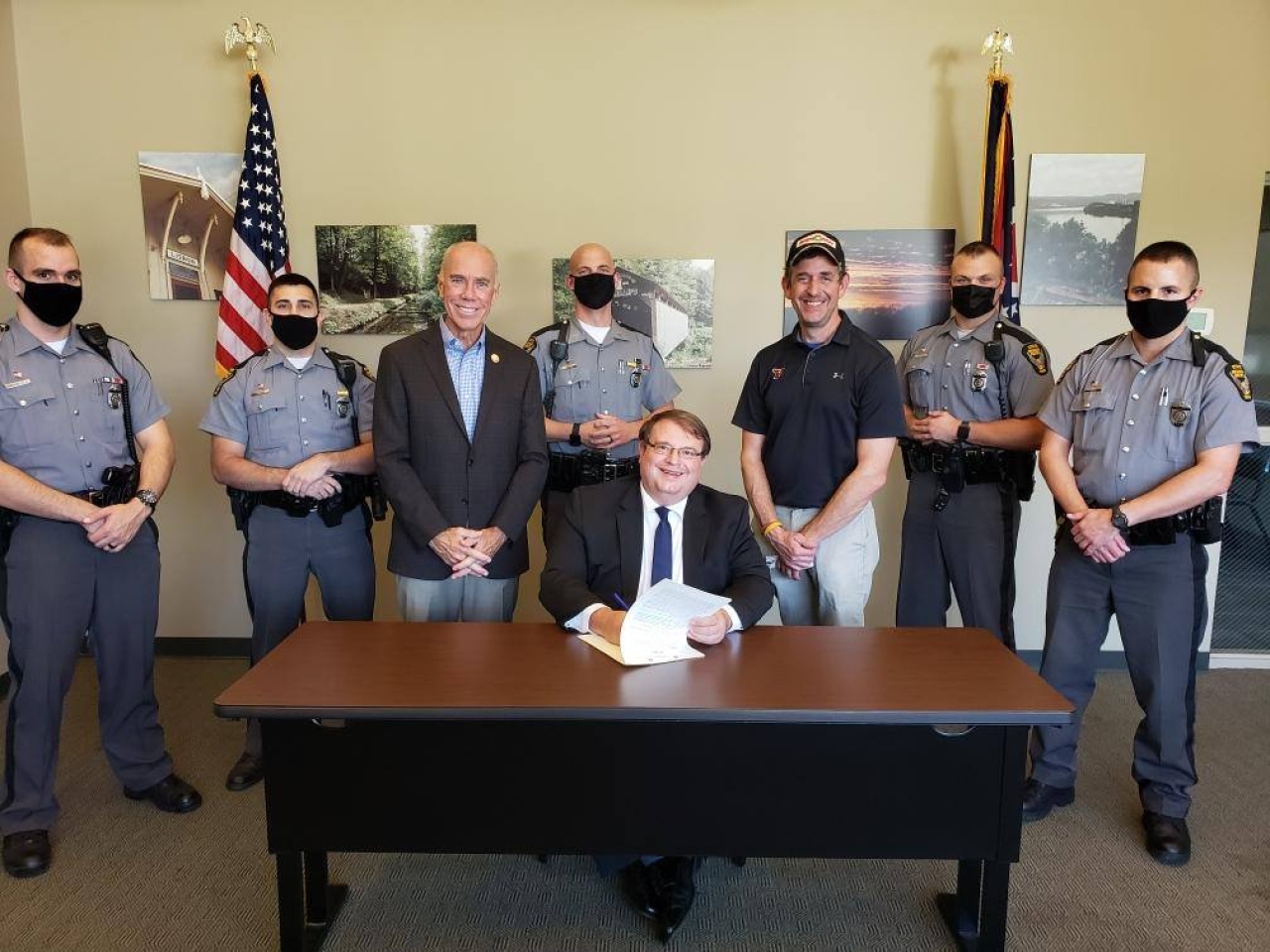 State Rep. Tim Ginter (R-Salem) announces he joined Ohio Senate President Larry Obhof and Senator Michael Rulli in Lisbon for the signing of House Bill 17, which allows an increased homestead exemption for a spouse of a fallen first responder who passes away in the line of duty. The bill, that Ginter introduced and unanimously passed out of the Senate last month, will now head to the governor and awaits his signature.

“The goal of this critical legislation is to ensure we provide some monetary relief to the spouses of our first responders,” said Ginter. “They make the ultimate sacrifice while protecting and serving the public, that sacrifice is shared by their families. I am appreciative and proud to stand with public officials today in support of this bill as it moves closer into becoming law.”

For those spouses of fallen first responders, the legislation exempts $50,000 of the home's appraised value or cost from property taxation or the manufactured home tax. Additionally, the bill exempts that spouse from the income means test, currently $32,800 in Ohio adjusted gross income.

Additionally, as with the existing homestead exemption, local taxing units would be reimbursed by the state for the reduction in property tax revenue that results from the bill's extended exemption.