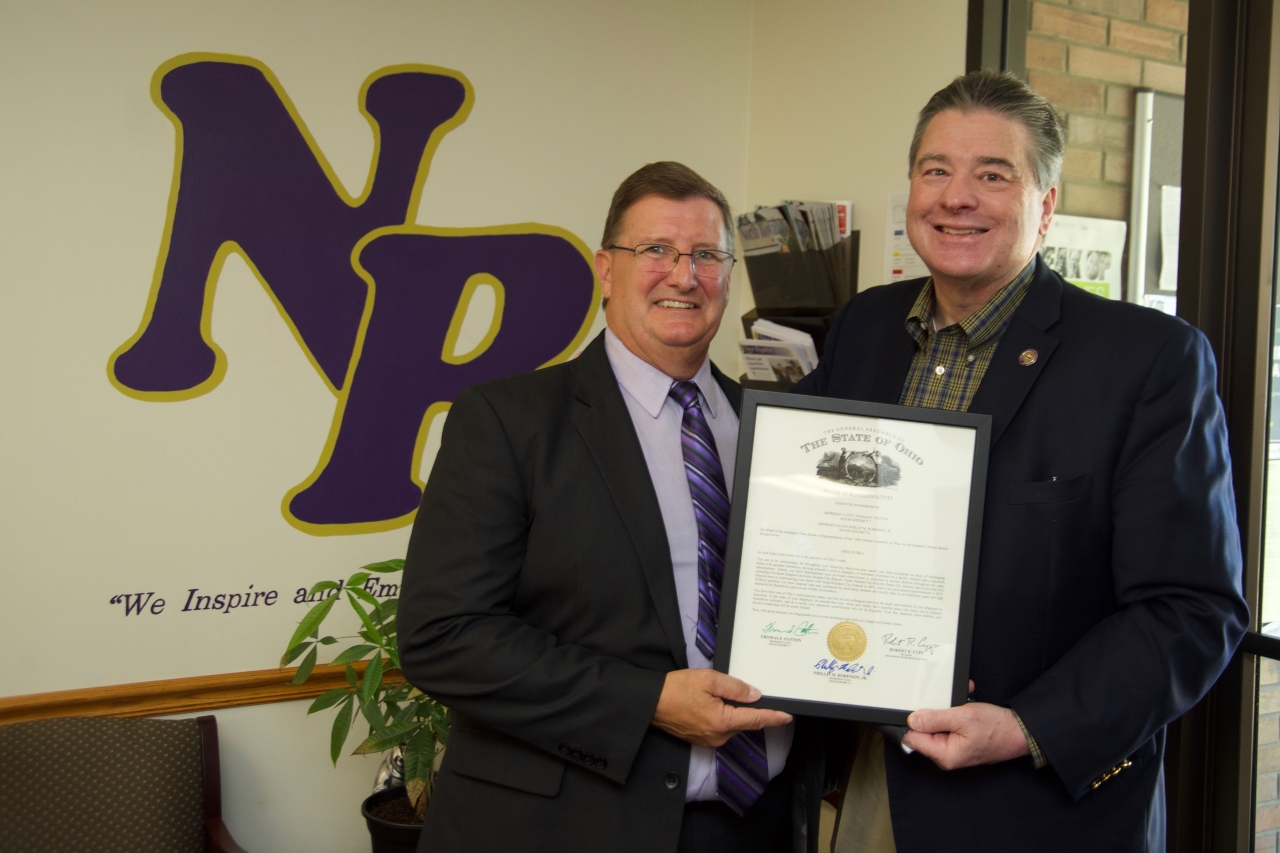 This week, State Rep. Tom Patton (R-Strongsville) presented North Royalton Superintendent Greg Gurka with a commendation from the Ohio House of Representatives. The recognition is for Gurka’s lifelong professional achievements as he’s worked at North Royalton City Schools for 19 years.

“It’s my privilege in recognizing Superintendent Gurka for his dedication to North Royalton Schools,” said Patton. “His drive to uplift the students, staff and community is outstanding and I’m happy to honor him today.”

In an article written by a North Royalton School student, Gurka highlighted his intentions in making the school district a better place for all.

“My goal as an administrator has always been to help people and take obstacles out of teachers’ way to help the students,” said Gurka. “When I can impact the kids, that’s when I have the best day, and it makes me happy I was able to contribute to that.”

After finishing up his higher education at Ohio University and Cleveland State University, he began his professional career as principal of Albion Elementary School. Gurka then became the Director of Personnel before serving as the superintendent in 2013 till present day.

“The North Royalton City School District is a special place and that is because of the people who are a part of it,” Gurka said. “There is not one person that is more important than another and everyone working together to ensure that our students benefit has become the North Royalton way. I know this will continue long into the future.”