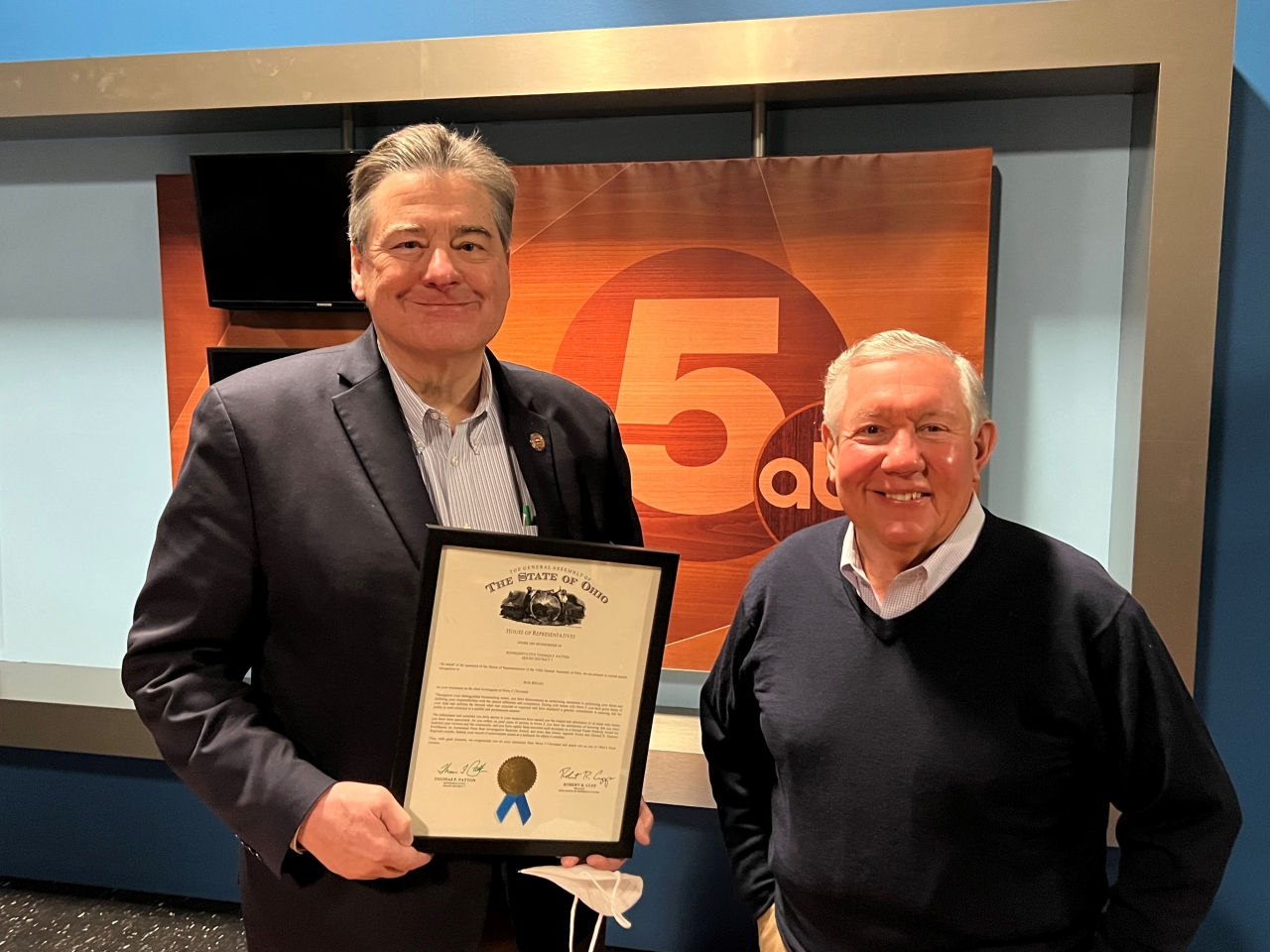 Regan is an award winning investigator investigative reporter who throughout his career has locked up criminals, changed state laws, and even has freed a wrongly convicted man from prison.

He has received many awards for his work in the field including the George Foster Peabody Award for Excellence in 2011, over 20 regional Emmy Awards and the Edward R. Murrow Regional Awards as being named “Best Investigator Reporter” by the Associated Press.

“A career as fruitful and impactful as Ron Regan’s deserves to be celebrated for his selfless contributions to Ohio and beyond through his investigative reporting work,” said Patton.

After starting his career in Charleston West Virginia working at the Charleston Daily Mail he found his way to Cleveland which is where his career blossomed and his passion for helping communities in need came to fruition.

Not only was Ron an expert reporter but he was also a delightful co-worker to all of his colleagues doing whatever he could to help those around him succeed.

“Thank you Ron for your dedication and selfless service to the People of Northeast Ohio, I wish you a joyous and well-deserved retirement,” added Patton.