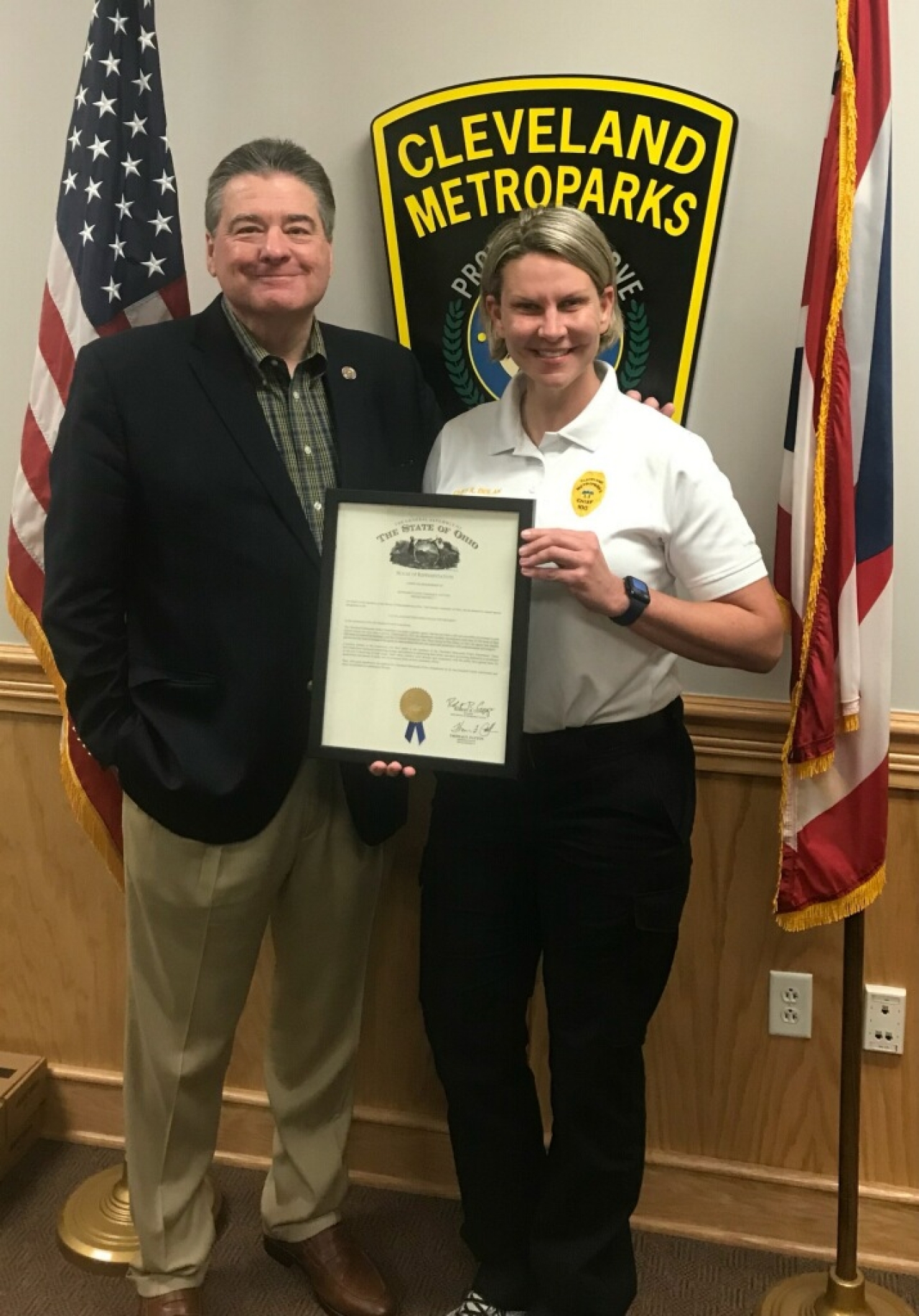 “This department’s one-hundred years of service is certainly an important milestone,” said Patton. “It’s my privilege to acknowledge their achievements with this commendation as they continue to provide safety and order to our park districts.”

Last week marked the anniversary as their first police officer, Charles L. Fox, was hired 100 years ago to the Cleveland Metroparks Police Department.