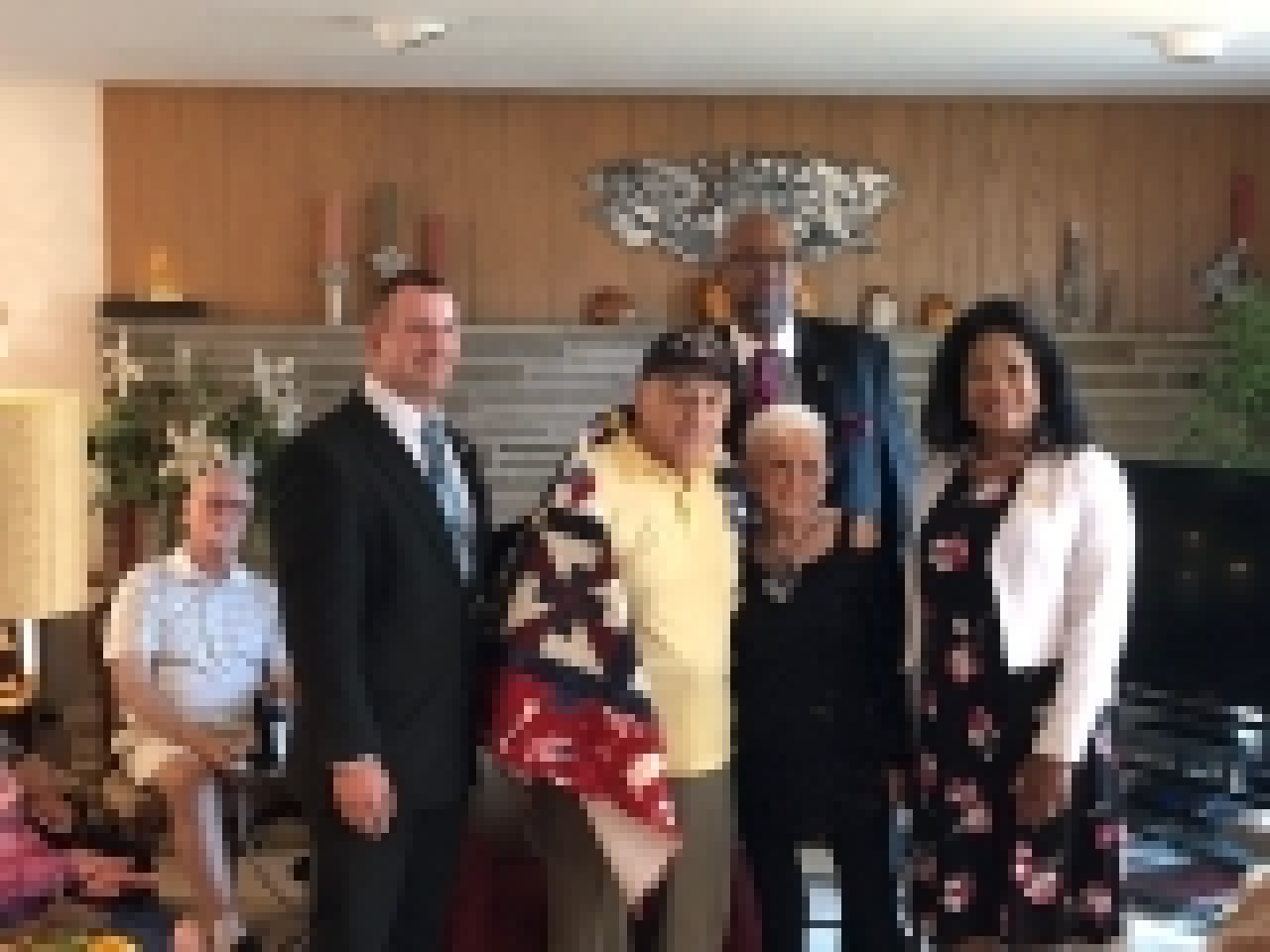 “John Hentosz served his country with conviction and pride and it is only right that we honor him.,” said Rep. Galonski. “Although nothing any of us say or do will ever be sufficient enough to thank him for his service, it was a true honor to present him with a Quilt of Valor. My sincere hope is that it serves as a reminder that his state and city genuinely appreciate his service.”

Quilts of Valor is a nonprofit organization that provides handmade quilts to Veterans who have seen conflict in times of war. Galonski nominated Hentosz for a Quilt of Valor after learning of his service in the Navy during World War II. During the war, Hentosz served aboard the USS Taganak which was a supply ship for the Pacific Theater.

A representative from Mayor Horrigan’s office was also present to issue a citywide proclamation recognizing his service.

“John Hentosz is an upstanding community member, and we all owe him an unpayable debt of gratitude for his service in the United States Navy. I'm proud to be a part of honoring such a commendable citizen and veteran. As a sailor, John put his life on the line to protect the freedoms that we enjoy, and he deserves wholeheartedly to be recognized for that sacrifice," said Akron Mayor Dan Horrigan.

The presentation of both the quilt and the proclamation took place at Mr. Hentosz’s home in South Akron in front of family and friends.