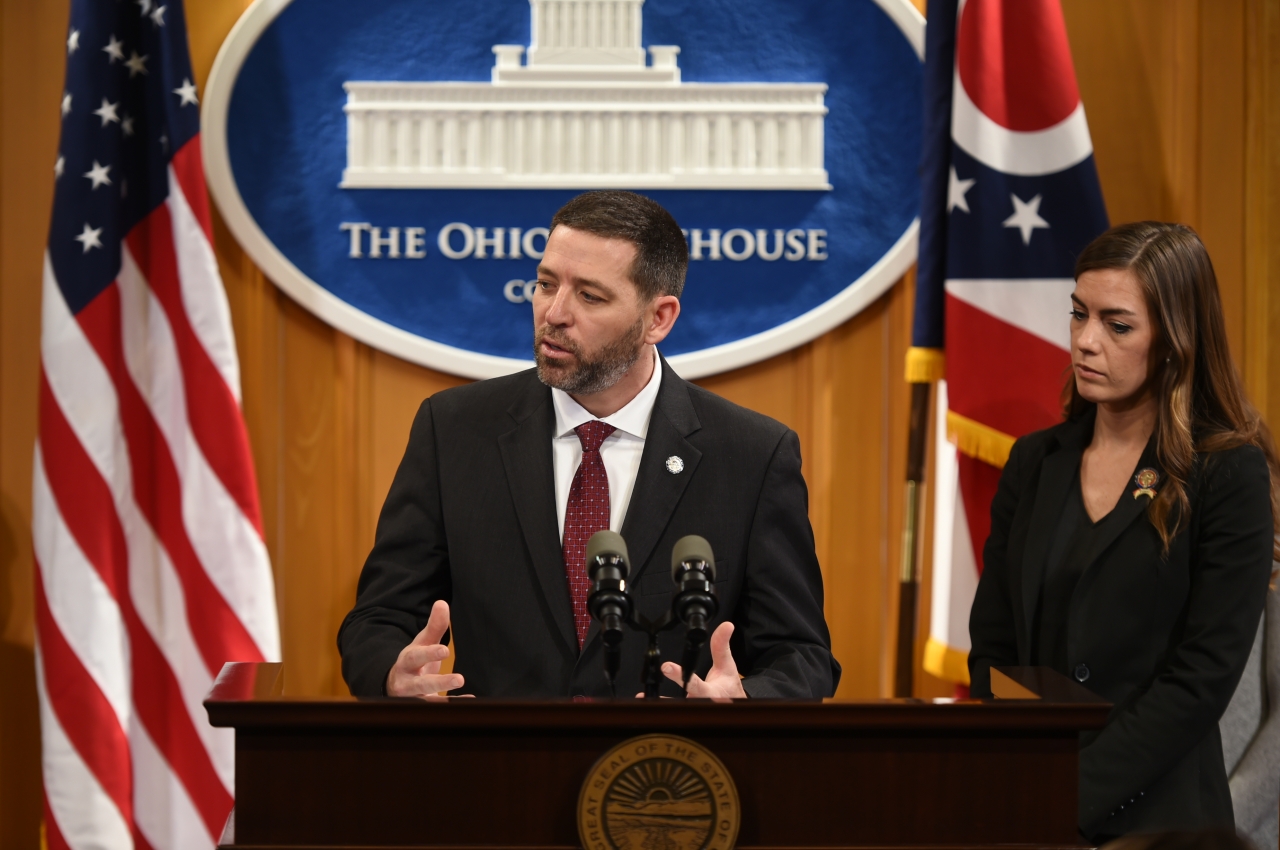 State Representatives Jena Powell (R-Arcanum) and Reggie Stoltzfus (R-Paris Twp.) announced upcoming legislation they plan to introduce, the Save Women’s Sports Act. The bill seeks to promote fairness to all and preserve the integrity of school sports.

The Save Women’s Sports Act ensures that women are not forced to compete against men playing on women’s sports teams. The bill would designate male and female sports teams be based upon the biological sex of an individual, meaning that biological males cannot play on female teams. Powell and Stoltzfus both spoke about the legislation at today’s press conference.

“The Save Women’s Sports Act is a fairness issue for women,” said Powell. “This bill ensures that every little girl who works hard to make it on a podium is not robbed of her chance by a biological male competing against her in a biological female sport. We want every little girl to achieve her athletic dream here in the state of Ohio.”

“It is not my desire to hurt anyone or punish those who may be affected by this legislation in some way, but to protect fair competition,” Stoltzfus stated at the press conference. “I seek to treat all people with dignity and respect by promoting a level playing field in Ohio’s inter-scholastic athletics.”

“We want everyone in the state of Ohio to be able to compete,” said Powell. “The beauty of this bill is that we are including everyone in sports, and upholding the integrity of women’s sports.”

The legislation goes further to protect a school or college who preserve women-only teams from being punished by a government entity under a state or local non-discrimination law. Additionally, the bill allows any student a private right of action who may be deprived of an athletic opportunity or is harmed by a school or college that violates this act and protects the student from any retaliatory actions taken by any school.

The bill also creates a process to resolve any disputes over a student’s sex and respectfully accommodates those who have an intersex condition or disorder of sexual development to demonstrate they are, in fact, a female. Further, the Save Women’s Sports Act also will make sure biological men who identify as a female cannot be categorized as a woman to compete against women in sports.

The legislation would apply to all public schools and colleges and any private schools or colleges that are members of a state or national athletic association.