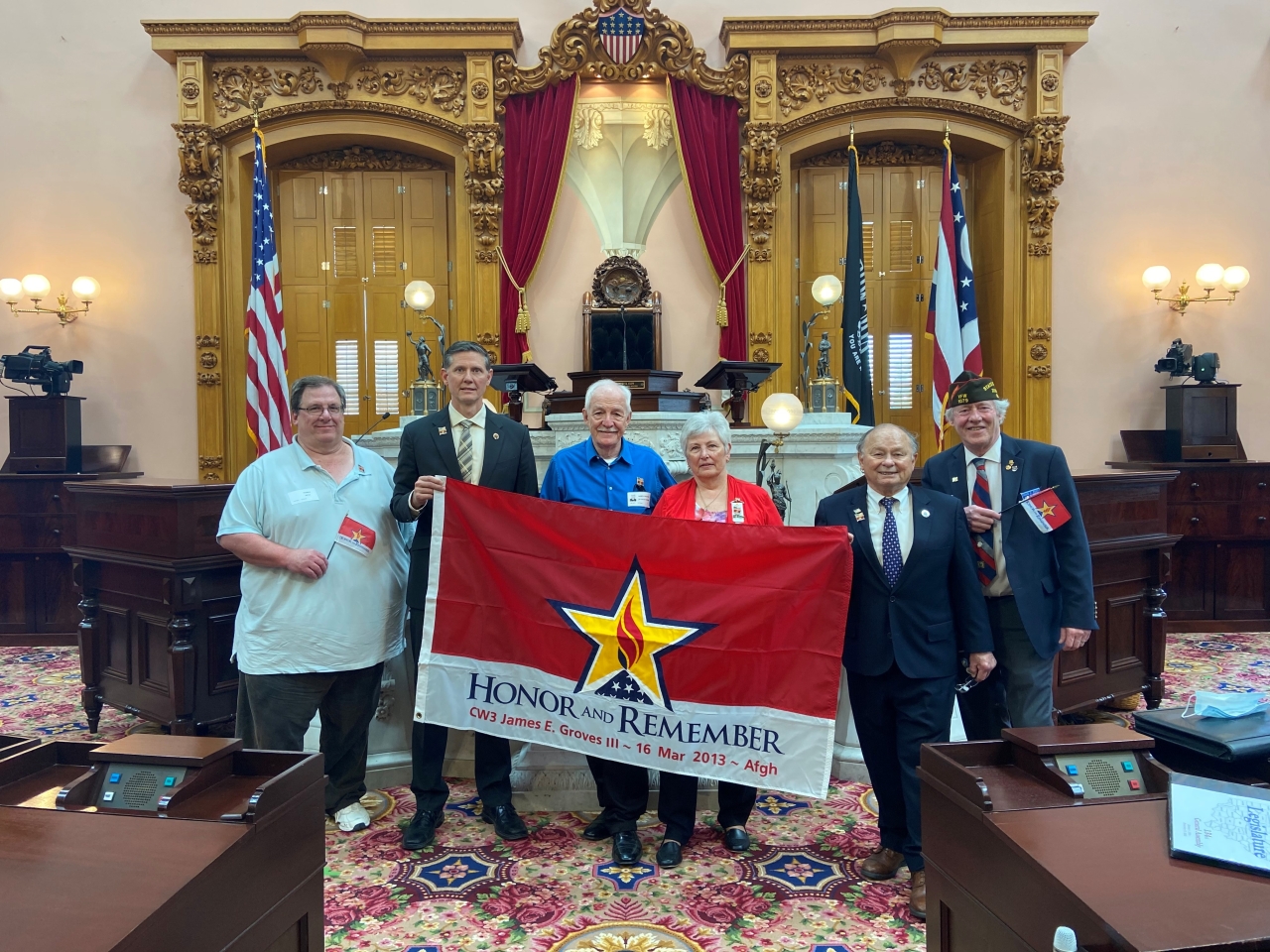 COLUMBUS – Today, State Reps. Joe Miller (D-Amherst) and Michael Sheehy (D-Oregon) announced the unanimous House passage of House Bill (HB) 213. HB 213 designates and displays the Honor and Remember Flag and requires that it be flown at the Statehouse each Memorial Day under proper flag protocol. The bill also includes a permissive provision that allows other government buildings to fly the flag at their own discretion. This legislation, formerly known as HB 406 in the 133rd General Assembly, passed the House Armed Services & Veterans Affairs Committee unanimously, but unfortunately timed out during lame duck.

“As we approach Memorial Day, we are reminded of those who have made the most honorable sacrifice for our country and their families. HB 213 was created for all of the Gold Star families who have lost a loved one while serving in the military, or as a result of service. I am proud to see this bill make its way to the Senate, but I am even more proud to serve all of those who have served in our armed forces,” said Rep. Miller.

“I am pleased to see Ohio move one step closer to recognizing the Honor and Remember Flag. As a veteran, supporting our Armed Forces, veterans, and Gold Star families has always been one of my top priorities. HB 213 represents Ohio’s commitment to honor those who have made the ultimate sacrifice for our country,” said Rep. Sheehy.