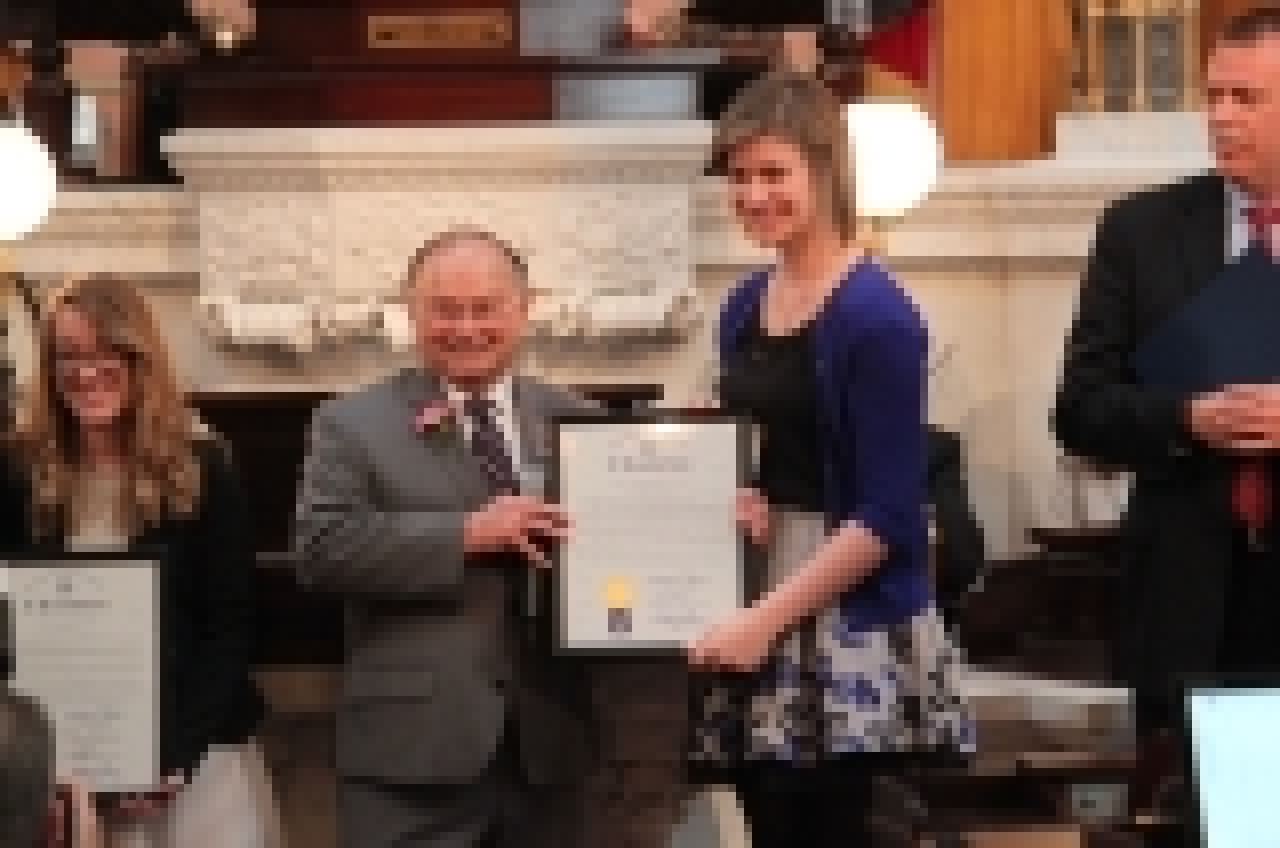 “Too often the sacrifices and hard work of military families are overlooked,” said Sheehy. “Sydney has demonstrated extraordinary dedication to helping take care of her family and excelling academically while her father was deployed overseas. I am honored to recognize Sydney as a true leader and congratulate her on being named Ohio Military Child of the Year.”

Sydney’s father served 22 years in the U.S. Army before retiring in 2014. During his three deployments she continued to maintain a high grade point average in school while participating in cheerleading, track and field, the theater program and other extracurricular activities. She actively helps to take care of her younger sisters at home and is a recent graduate of Clay High School in Oregon.

Ohio Military Kids is part of a national initiative to help support children during the time of a family member’s deployment. The organization offers various social and educational programs for military youth, creates a community support network and helps to educate the public on the impact an individual’s deployment may have on children and family members.