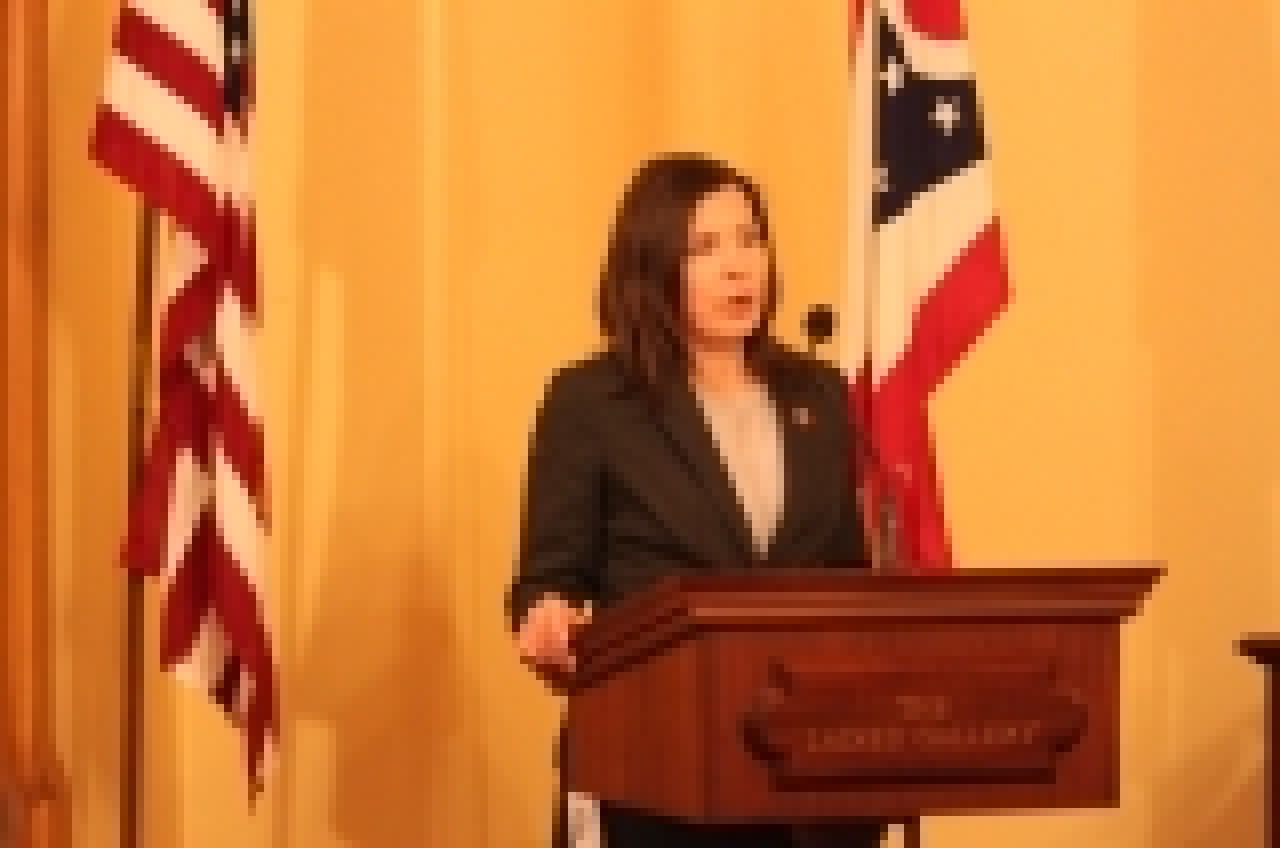 State Rep. Greta Johnson (D-Akron), State Rep. Kristin Boggs (D-Columbus), and State Sen. Capri Cafaro (D-Hubbard) held a news conferencetoday to discuss a new resolution to urge publicly held corporations in Ohio to support gender diversity on their boards of directors. The lawmakers were joined by women’s rights advocate Julie Graber, who serves as the CEO of the Institute on Women, Managing Director of InterOrganization Network (ION), and CEO of GenderEQA.

“By encouraging Ohio corporations to place more women in leadership roles, we are not only addressing the discrepancy between Ohio’s population and board demographics, but improving the state’s business climate,” said Johnson. “This common-sense initiative is good for women and good for Ohio.”

The resolution, introduced by Reps. Johnson and Boggs in the Ohio House and Senator Cafaro in the Senate, cites research compiled by Ohio’s own Central Ohio Leadership Census that demonstrates that placing more women in leadership roles improves profits and enhances companies’ reputations, philanthropic giving and board participation in corporate governance.

“I have worked with women that have tremendous talent and leadership skills,” said Boggs. “There is clear evidence that positive business outcomes are associated with higher representation of women in the boardroom. By advancing women, we advance business in Ohio.”

Only 12 of the top 50 Fortune 1000 companies in Ohio currently meet the standards proposed by the female Democratic lawmakers.