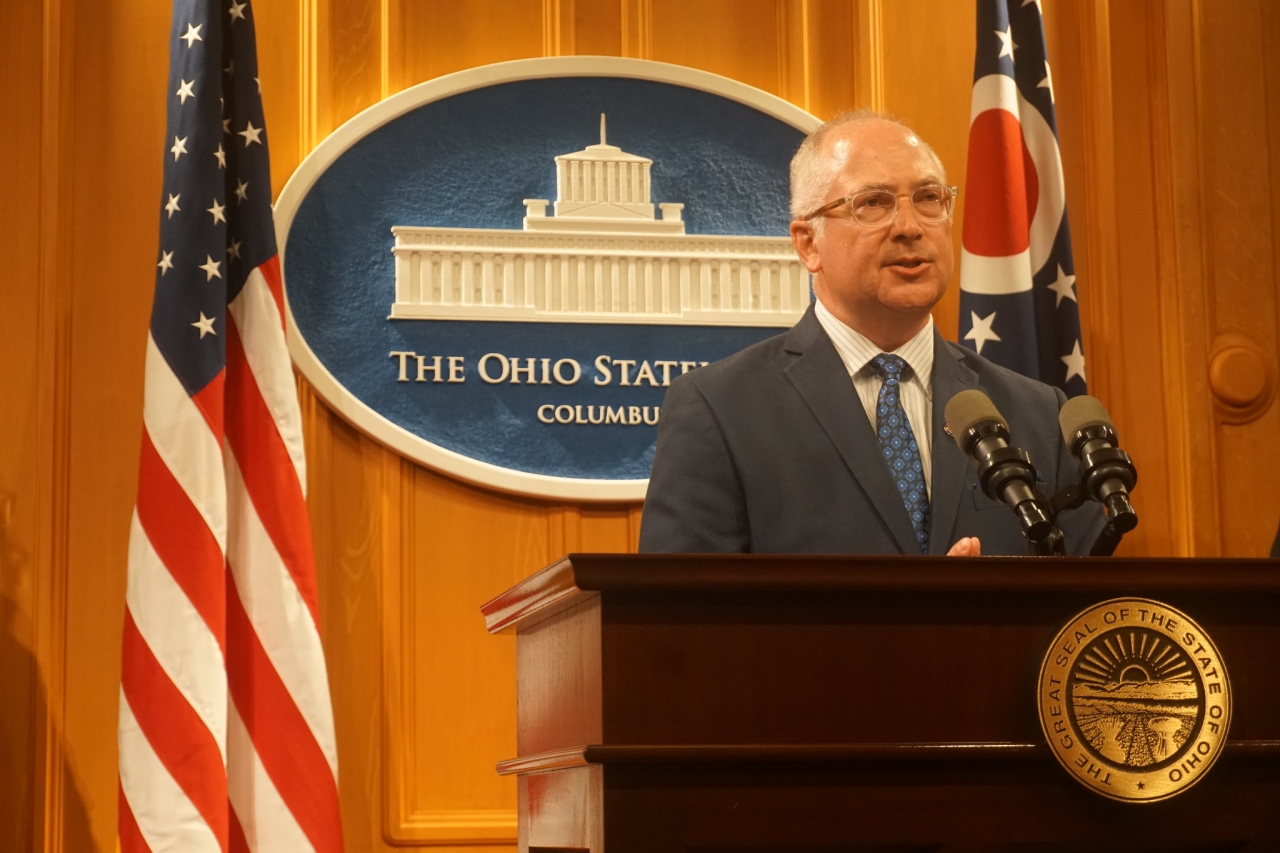 Today, state Reps. Kent Smith (D-Euclid) and Monique Smith (D-Fairview Park) held a press conference detailing legislation to create a program administered by the Ohio Department of Commerce to recognize workplaces that are succeeding at closing the pay gap between men and women. The program would offer an opportunity for workplaces to earn a “Fair Paycheck Workplace” designation from the Ohio Department of Commerce and be recognized as a leader in paycheck fairness. They were joined by Sarah Pariser of The Women’s Fund of Central Ohio.

Interested businesses would apply for the “Fair Paycheck Workplace” designation by submitting recent payroll records identifying the average earnings and genders of their employees. The designation is earned by demonstrating that average earnings for men and women within the company are within 5 percentage points. This criteria would need to be met at the time of the application, six months following the initial application, and then could be renewed annually moving forward.

There have been a multitude of wage gap studies published by the Institute for Women’s Policy Research (IWPR). Among their research findings, they indicate if the wage gap were eliminated in Ohio, the poverty rate for working women would be cut almost in half from 10.3 percent to 6.3 percent.

“The gender wage gap is a persistent feature of the U.S. labor market and it is a moral failure of American civil society,” said Rep. Kent Smith. “Research indicates that is current trends continue, women in Ohio would not achieve equal pay until the year 2067. This is permissive legislation, not punitive. It is designed to salute and identify Ohio businesses that are doing right by Ohio women. If they have made the core value of equal pay for equal work central to how they operate, we want to give them proper credit and recognition.”

“Encouraging businesses to pay their employees fairly is a win for everyone. Through the Fair Paycheck Workplace designation, businesses can attract and retain great employees, Ohioans can be assured that they are being paid fairly and we can strengthen financial security for women workers and their families,” said Rep. Monique Smith. “Our state must do more to encourage and reward businesses that treat employees fairly and with dignity if we want to have the best talent and companies here in Ohio.”

The representatives plan to introduce the bill before the Ohio House returns for the Fall Session.