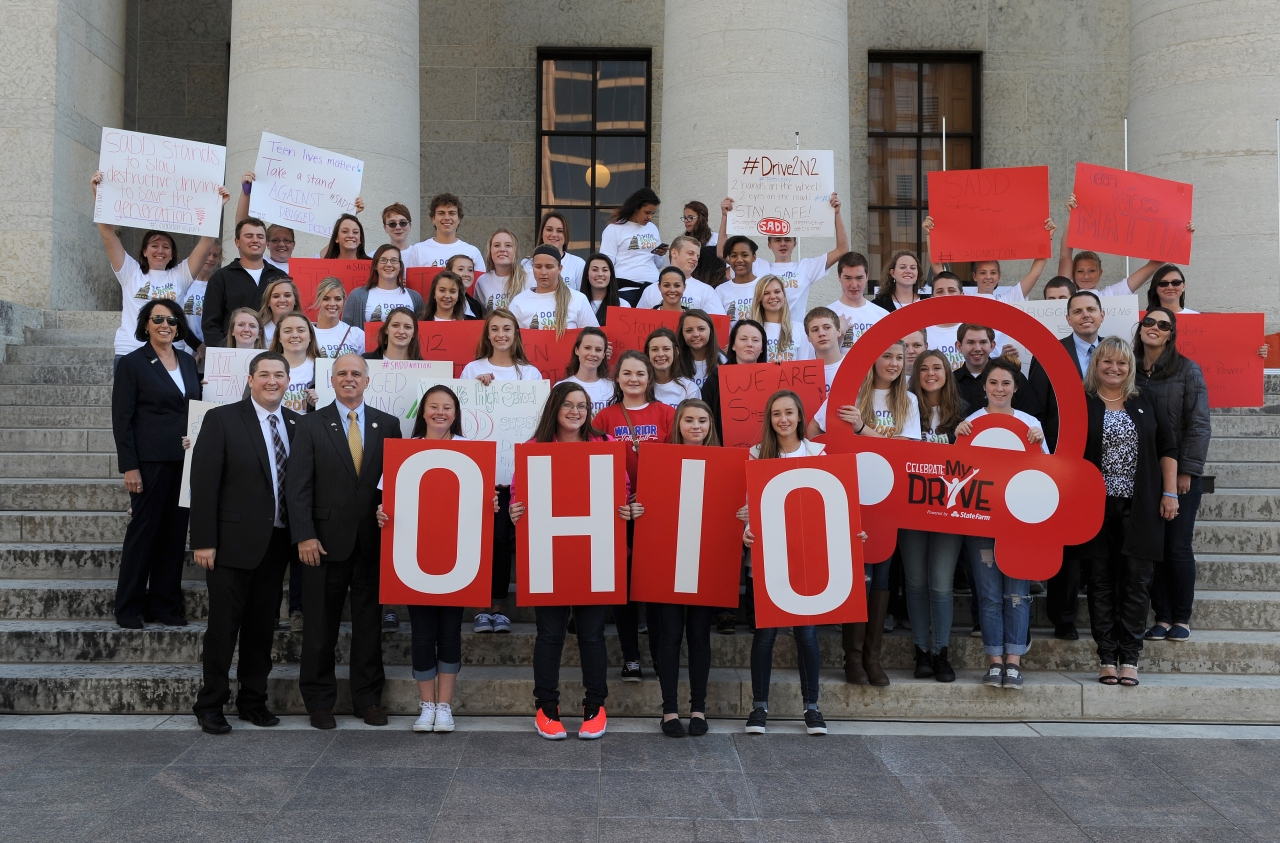 State Representative Kyle Koehler (R-Springfield) today joined students from around Ohio, including about 40 from the Northwestern School District, in an event at the Ohio Statehouse to recognize National Teen Driver Safety Week.

National Teen Driver Safety Week takes place from October 18 to 24 and it provides an opportunity to encourage discussion between parents and their teen drivers regarding driving safety.

"We have to be about raising responsible teens. I am so encouraged when I see young people standing up and taking it upon themselves to speak up and be an example,” Rep. Koehler said. “It is so easy to forget that life is so fragile and one simple mistake can change a family and a school forever.  I commend the students from Northwestern High School and Students for Destructive Decisions (SADD) for being an example to their peers."

More information for teen drivers can be found at http://bmv.ohio.gov/graduated_dl_teen_laws.stm.