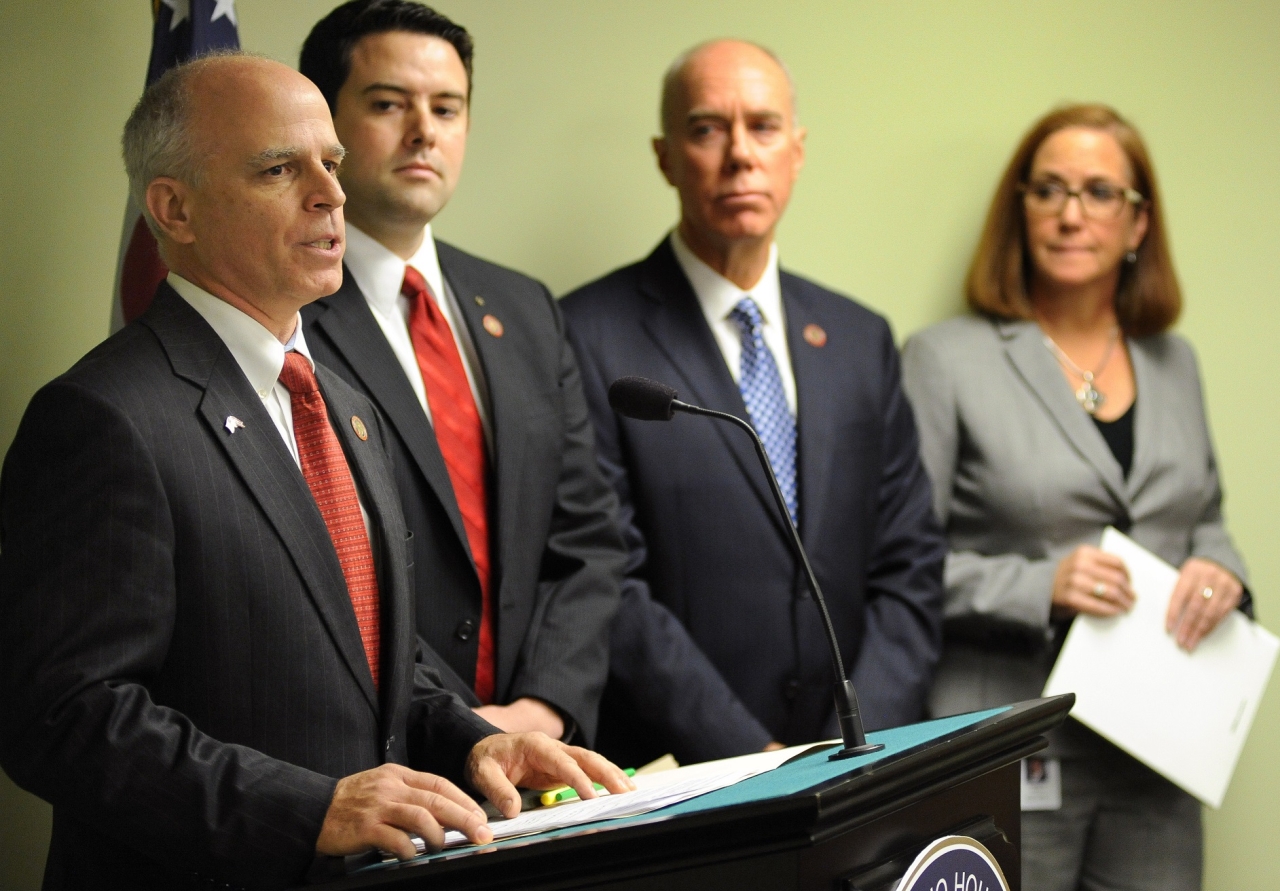 COLUMBUS—In response to findings issued Friday by Ohio Attorney General Mike DeWine regarding his investigation into Planned Parenthood, four House Republican lawmakers held a press conference to announce legislation that addresses some of the findings in the report.

Reps. Barbara Sears (R-Monclova Twp.) and Tim Ginter (R-Salem) will be dropping legislation in the near future that will address some of the findings, most notably in regards to the discovery of improper disposal procedures for aborted fetuses.

“We have all been measured by how we treat our most vulnerable, our weakest,” Sears said. “I have spent my entire legislative career speaking and supporting our most vulnerable in Ohio. People can, and surely will, return to their respective corners of opinion about what should be done about these subjects, but I would hope that, if nothing else, this one issue will bring some unity to the conversation—even if just for a little while.”

State law currently requires the director of the Department of Health to develop rules regarding the humane disposition of a fetus. In its current form, agency rules simply state that the fetus must be disposed of in a “humane matter,” which the bill sponsors hope to clarify. Their bill will require the Department of Health to develop more stringent and specific rules, particularly by defining the methods for disposition.

“I think as the legislature we have a duty to address the issues raised during this investigation in a legislative way,” Ginter said. “It is our goal to provide clarity and specific guidelines through legislative action in the spirit of standing up for human dignity.”

Similarly, Reps. Rob McColley (R-Napoleon) and Kyle Koehler (R-Springfield) discussed a bill they will be introducing that seeks to protect the dignity of the unborn through proper burial or cremation while also strengthening Ohio’s laws on informed consent.

“In an effort to tackle this issue from multiple angles, and with the thoroughness it deserves, we are introducing legislation that seeks to promote and protect the dignity of the unborn,” McColley said. “Today, we stand with the voiceless and defend the dignity of the unborn, ensuring that they are treated respectfully and protected by common-sense regulations so that these heinous practices do not take place in Ohio.”

Under their legislation, a pregnant woman who has an abortion will determine the method by which the aborted infant will be disposed—either by earthly burial or cremation.

“I believe we can no longer take a neutral stance on these issues in regards to the disposition of aborted children,” Koehler said. “As legislators, we must step up and reign in what appears to be an all-encompassing disregard for the dignity of life.”

“There are all kinds of arguments made on both sides of the abortion debate,” said Ohio House Speaker Cliff Rosenberger (R-Clarksville). “But I don’t think anyone can support some of the practices we learned about Friday going on at Planned Parenthood facilities in the state of Ohio. I appreciate Reps. Sears, Ginter, McColley and Koehler for taking the lead on this very important matter. This issue will be a priority in the House and I look forward to working with our colleagues in the Senate to pass needed legislation.”