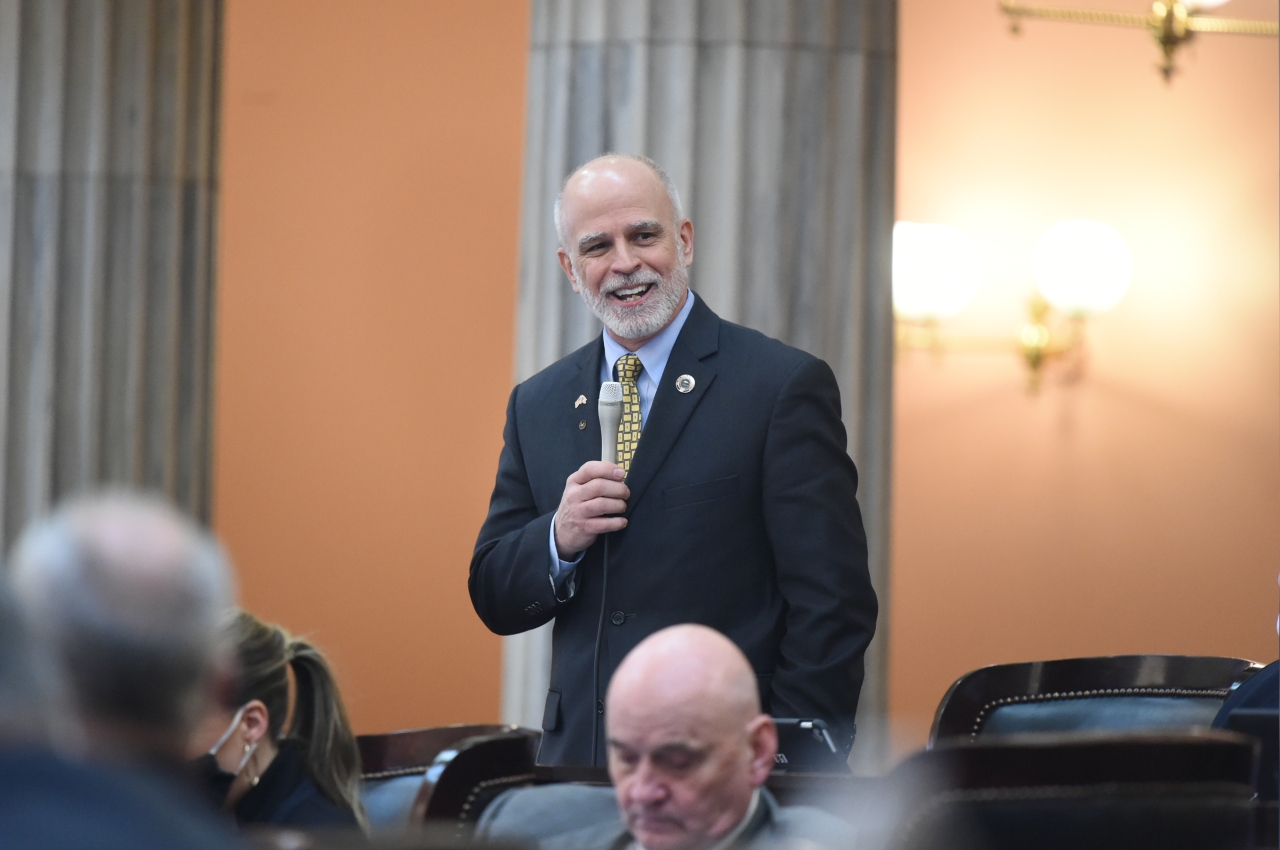 COLUMBUS – The Ohio House of Representatives today passed Substitute House Bill 67, legislation sponsored by State Representatives Adam Bird (R-New Richmond) and Kyle Koehler (R-Springfield) that would provide relief to school students who are returning to school this spring by providing provisions laid out in the bill.

Those provisions include the following:

“Primary and secondary schools in Ohio have had an incredibly challenging year,” said Bird. “The question before us is do we want to provide the relief that is available to use with testing scheduled soon? I say yes.”

The legislation started off as a bill to seek a waiver for all federally mandated tests for the 2020-2021 school year. However, the U.S. Department of Education sent out a notice last week that they would not be issuing any waivers of this kind for mandated testing for any schools in the U.S. Therefore, Bird and Koehler re-worked the bill to still fit the needs of Ohio students.

“Substitute House Bill 67 is not the bill we set out to pass. But it is the bill we need to pass to provide relief to students we thought would be back full-time in August of 2020, not March of 2021,” said Koehler. “This bill provides relief to teachers who care deeply for their students and it sets up schools to return to full-time attendance in the Fall of 2021 with as few scars as possible from the state’s response to the coronavirus.”

Unable to reach the required 66 votes, the emergency clause that would allow Sub House Bill 67 to take immediate effect was removed.

“While the Democrats have repeatedly stated they want to support students and schools, I was extremely disappointed that the entire Democrat caucus voted to remove the emergency clause – making this bill effectively useless,” stated Koehler. “This political grandstanding harms children and teachers who have worked relentlessly during this pandemic and I urge the Senate to re-add the emergency clause in committee.”

Sub. House Bill 67, which has gained the support of the Ohio Education Association, passed with a vote of 93-1 and now awaits consideration in the Senate.