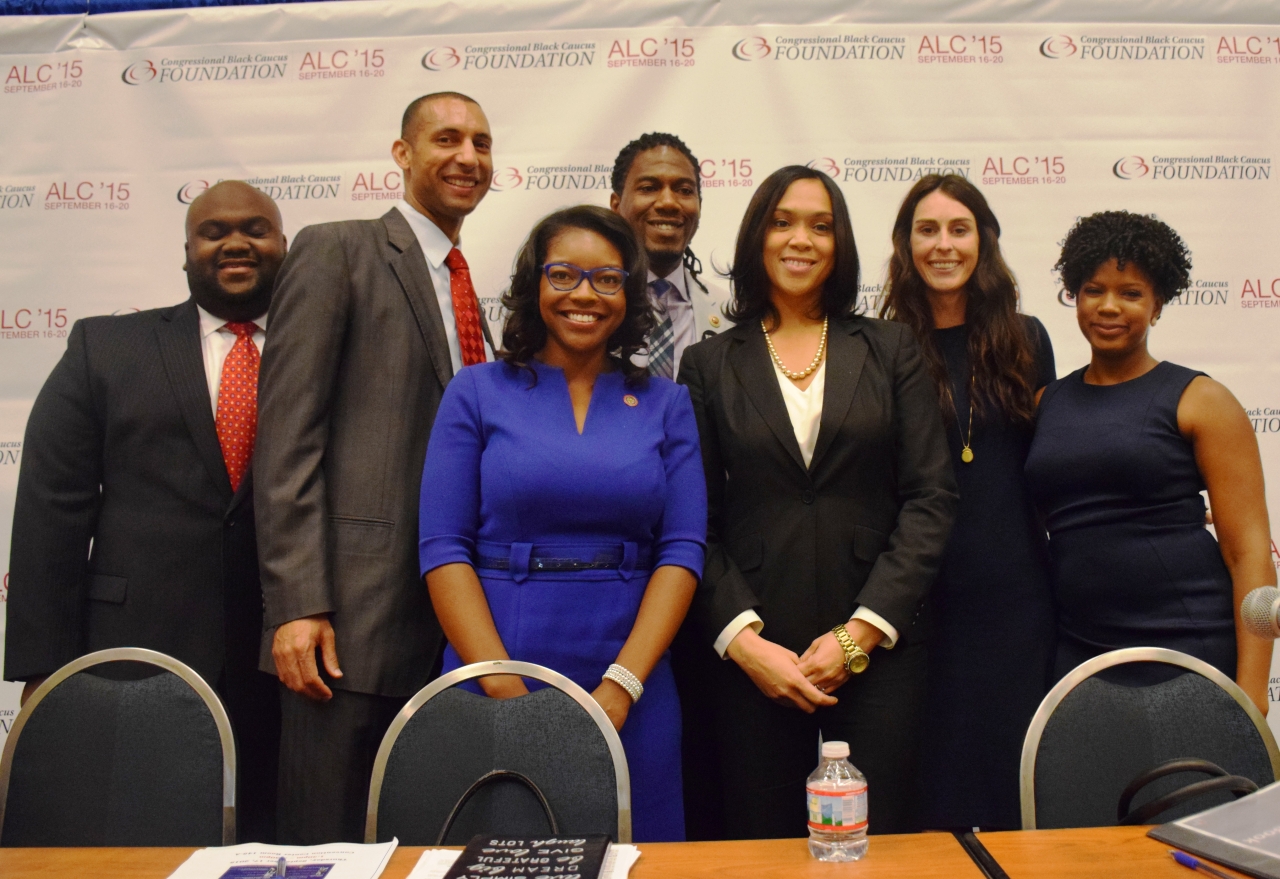 Last week, State Rep. Emilia Sykes (D-Akron) joined voting rights experts and other young officials for the A. Leon Higginbotham Voting Rights Brain Trust at the 45th Annual Congressional Black Caucus Legislative Conference in Washington. The annual conference gathered thousands of advocates, legislators and participants from across the country to discuss many of the important contemporary issues facing blacks in America, including voting rights and political participation.

During discussion on the best way to involve young people in the political process, Sykes highlighted the importance of strong mentorship. Speaking to the older, more experienced elected officials present, she said, “We want you to help us learn and get the information we need to know. If young people see us do it, they can model our behavior just like we’re trying to model your behavior.”

“If you are committed to helping your community, you know the issues, you know what the people are thinking on the ground level—you are the best person for these positions,” Sykes said.

Baltimore City State’s Attorney Marilyn Mosby highlighted the importance of voting in local elections. At 35, Mosby is the youngest person ever elected as top prosecutor in any major city.

“So many people told me that I could not do this, I should not do this. You can’t allow other people to define your destiny,” said Mosby. Earlier this year, Mosby was thrust into the national spotlight after proceeding to indict six Baltimore police officers in the death of Freddie Gray, a young Baltimore man who died in police custody.

Also discussed was the necessity for new tactics to engage millennials and other young people, due to the ways in which they are often more informed and more likely to seek out information.

“Our discussion mirrored similar dialogues taking place all across the country right now,” said Sykes afterwards. “The political sphere plays such an important role in our lives, and that’s why it’s so important that diverse voices are included, and that people from diverse backgrounds find ways to engage.”

The Congressional Black Caucus Legislative Conference covered a variety of other issues that impact black communities. The conference concluded on Sunday, September 20.