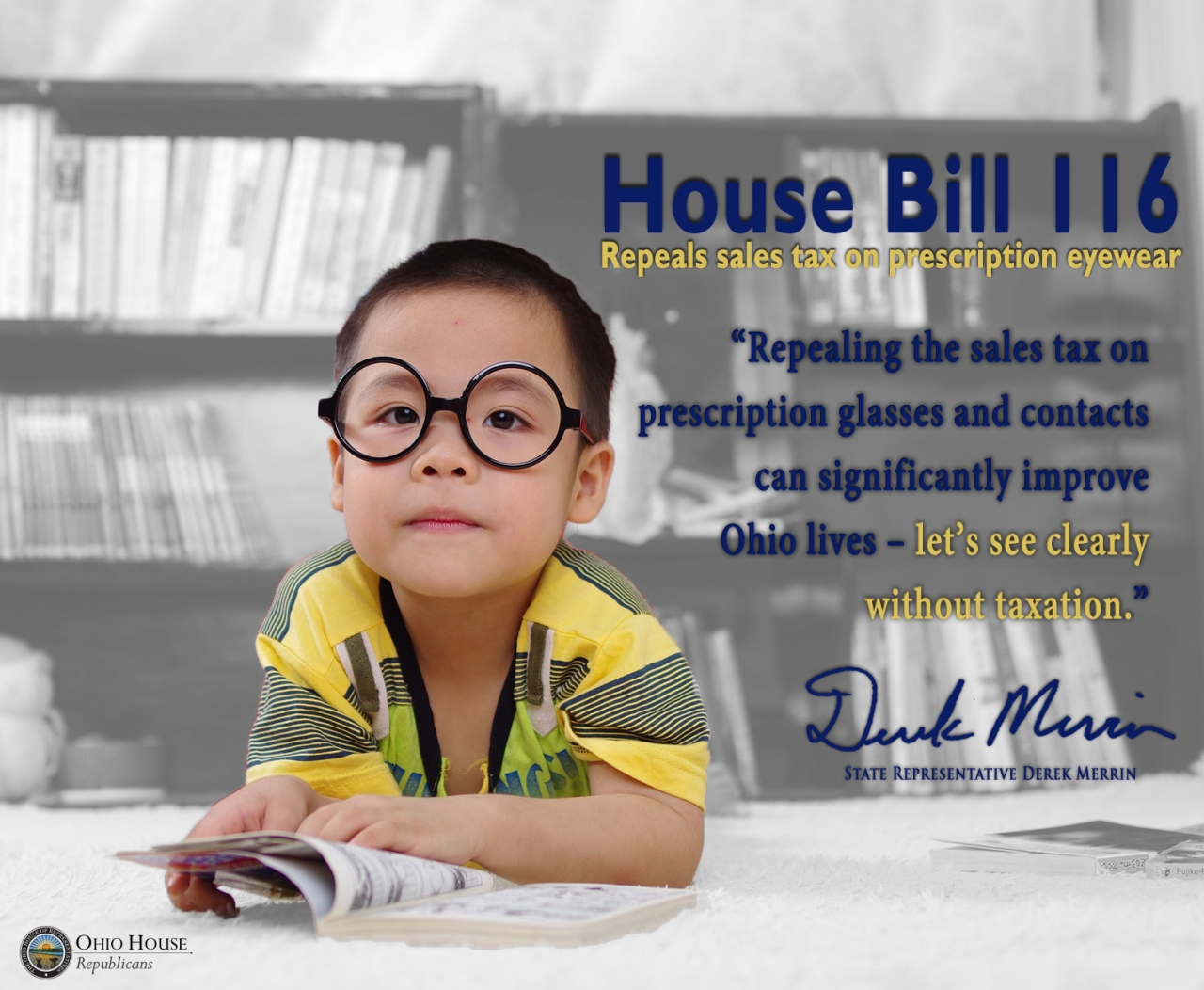 State Representative Derek Merrin (R-Monclova Township) announced that the Ohio House and Senate have agreed to incorporate the language of House Bill 116, repealing the sale and use tax on prescription eyeglasses, into Amended Senate Bill 8. The agreement came during Wednesday’s Senate Bill 8 Conference Committee, a process for compromise between the two legislative bodies. Representative Merrin initially introduced House Bill 116 in March with the bill receiving a nearly unanimous vote on the House floor in September.

“We are so close to a huge victory for Ohio taxpayers. I am optimistic the legislature will approve the bill and the Governor will sign it into law,” said Merrin.

Eyeglasses and corrective contacts significantly improve Ohio lives—enabling many to maintain employment, learn, live safely, and have mobility. House Bill 116, which is now a part of Senate Bill 8, would save taxpayers an estimated $29 million annually. More importantly, the bill would benefit financially burdened families struggling to pay for a basic medical necessity.

“Removing the sales tax on prescription glasses and contacts will provide a significant benefit to Ohio residents and we applaud the legislature moving forward with this reform,” said Dr. David Anderson, president of the Ohio Optometric Association which represents 70 percent of Ohio’s optometrists. “Economic barriers, like the sales tax, makes it more likely that patients obtain these essential medical devices which contribute towards success in employment and school, and provide our senior population with mobility.”

This measure will save taxpayer dollars while creating a simpler and fair taxation structure on prescriptions. Only 13 other states impose a tax on prescription eyewear. Pennsylvania, Indiana and West Virginia have all eliminated the tax, putting Ohio corrective eyewear consumers and retailers at a significant disadvantage.

The Ohio Senate today concurred to the Conference Committee report including the tax exemption. The report awaits approval of the Ohio House before being sent to the Governor’s desk for final consideration.