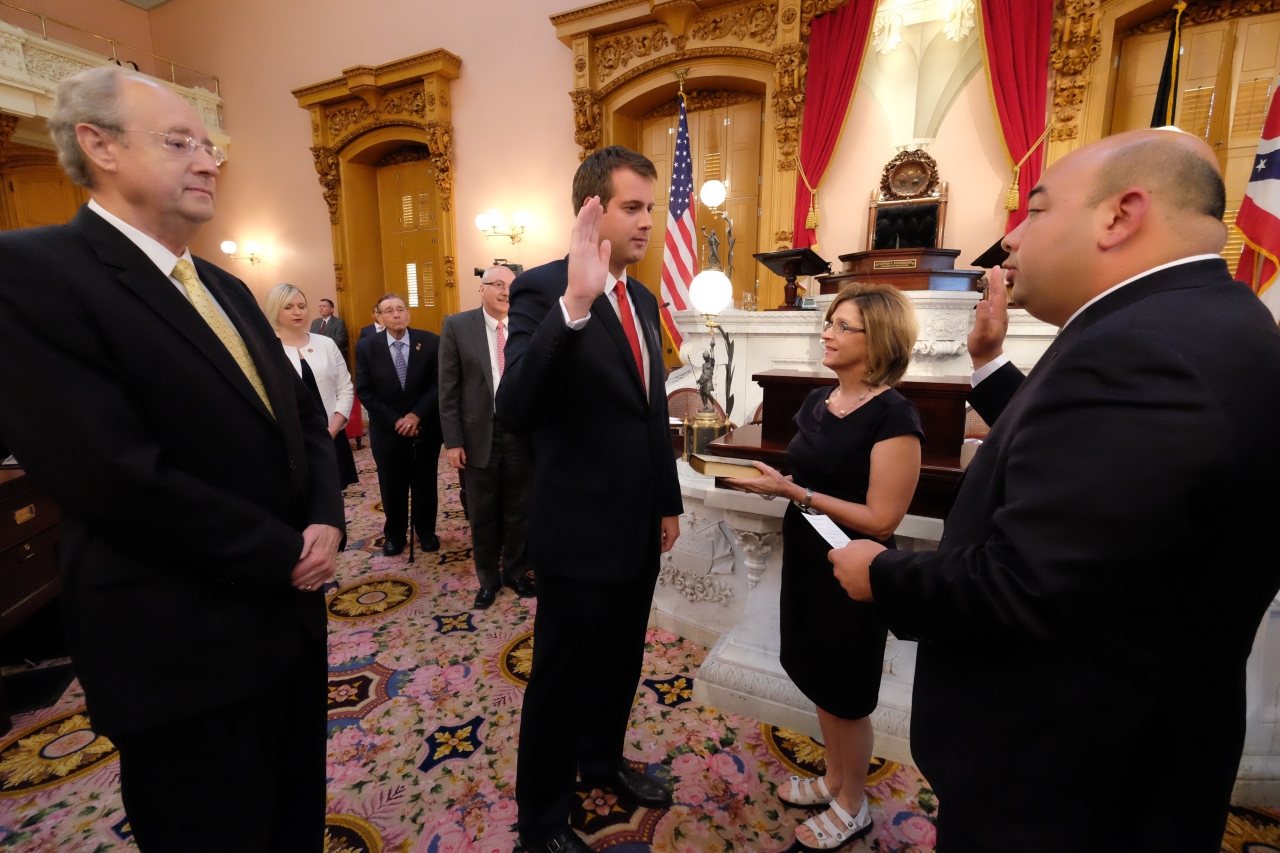 Speaker of the Ohio House Clifford A. Rosenberger (R-Clarksville) today announced that Derek Merrin (R-Monclova Township) has been sworn in as state representative of the 47th House District. The House Republican Caucus voted to appoint Merrin to fill the vacant seat.

“Derek Merrin has a remarkable passion for public service, demonstrated by his impressive record during his time as mayor of Waterville,” said Speaker Rosenberger. “He will bring his keen understanding of public policy to the Ohio House and a fresh perspective on what we can do to benefit the people of northwest Ohio.”

Merrin is a realtor and a real estate investor, who holds a Bachelor of Arts degree from the University of Toledo and a Master of Public Administration degree from Bowling Green State University. He served on the Waterville City Council for two years before being elected mayor of the city, a position he served in from 2008-2011.

In 2012, Merrin was tapped by State Auditor Dave Yost to conduct performance audits for financially-strapped schools and cities throughout Ohio. He later moved into an administrative role, representing the State Auditor’s office in northwest Ohio. He resides in Monclova Township.

“I am humbled by the opportunity to serve and represent Ohioans in the 47th House District.  My door is open to the citizens of my district, and I will work to ensure their voices are heard,” said Merrin. “My top priority will be to streamline government and foster an environment that spurs our economy to create well-paying jobs in northwest Ohio. Together, we will build a strong, more prosperous Ohio.”

The 47th House District is comprised of portions of Fulton and Lucas counties.